From Bates students and professors, 12 ways to avoid procrastination

By Emily McConville — Published on December 8, 2017

Procrastination can be an art form. As finals approach and term papers come due, there are ever more opportunities to perfect stalling — and overcome it.

We asked students and professors how they put off work. Their answers included:

We also asked students, faculty, and staff about strategies they use to manage their time and get work done.

Jessica Mayo, a therapist at the Bates Counseling and Psychological Services Center, recommends that students try to keep in mind a general sense of what is due when so they “can plan what they’re going to be doing weeks ahead.”

It’s important to “break things down into reasonable tasks,” she adds, using a schedule or planner to fit those tasks into the time available.

Mayo sees an uptick in procrastination issues at the end of the semester, which makes sense, and she points to a range of college resources that students can access, such as the Counseling and Pyschological Services Center, the staff at the Academic Resource Commons in Ladd Library, or a Student Affairs dean or faculty adviser.

Here’s what campus folks told us.

For many, like Korbin Houston ’18 of Chicago, putting off one task means taking up another.

“I try to procrastinate with other productive things,” Houston ’18 says. For example, “I usually have a lot of emails to send, so I do a lot of emailing instead of doing other substantial things that are important.”

2. Put away the distractions

“I’ll turn my phone off and put ‘Do not disturb’ on my computer,” says Oriana Lo Cicero ’20 of Bellingham, Wash. “I’ll turn off all the sources of social media and tell my friends, ‘I can’t hang out until this time.’”

“When I really need to buckle down, I take the page I’m supposed to be working on, usually a Word doc, and maximize it so it fills the whole screen,” says Halley Posner ’18 of Southport, Conn. “When I can’t see the clock on my laptop, it’s easier to focus in on the work I need to get done.”

First-years Carolyn Snow and Abby Hamilton, friends from Yarmouth, Maine, say they procrastinate by calling each other and talking about the work they’re not doing. When it comes to actually accomplishing something, “I set time limits,” says Hamilton. “I will be like, ‘In 15 minutes, I will be done with this chemistry problem,’ or ‘I will read five pages, and then I can be done and go to bed.’”

Lo Cicero says she sometimes tells herself that if she can get a certain amount of work done, “you can play ukulele for 20 minutes, and then you have to get back to it.” 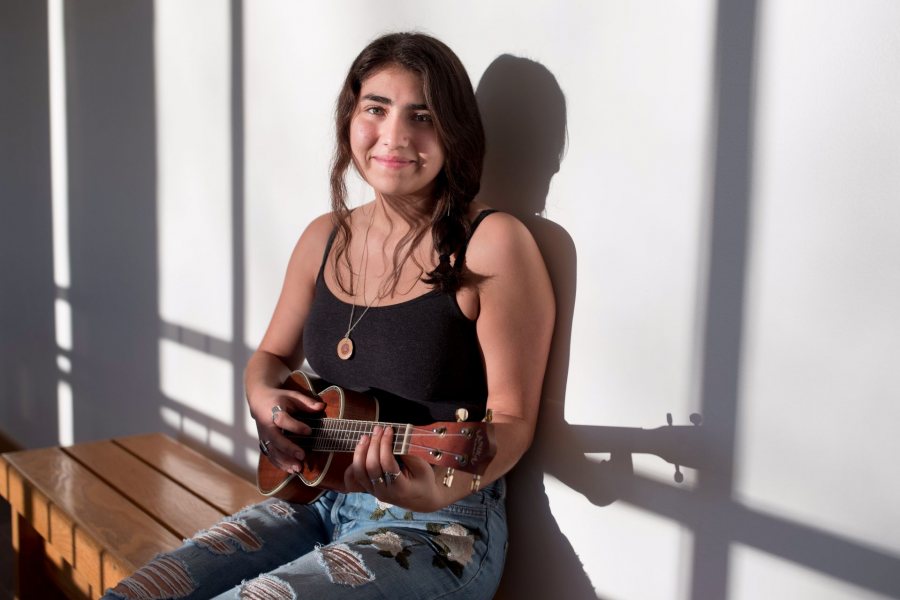 5. Know how you work

Oaklea Elfstrom ’21 of East Haddam, Conn., advises knowing the times at which you’re most productive. “If I try to do homework at midnight I won’t be able to, so instead I go to bed at 10:30 and get up at 6 and do homework then,” she says.

“I’m a planner,” says Houston. “I have several to-do lists. I’m always trying to plan ahead and make sure I have free space to do work and try to manage the work.” (Jessica Mayo would approve.)

That worked for Houston earlier this week, she says. Her environmental studies capstone course didn’t meet at its usual time, so she worked on another project with a classmate. “We were able to get that done, go to class, eat, and then try to do work and run around and talk to professors. I was able to get a decent amount of work done.” 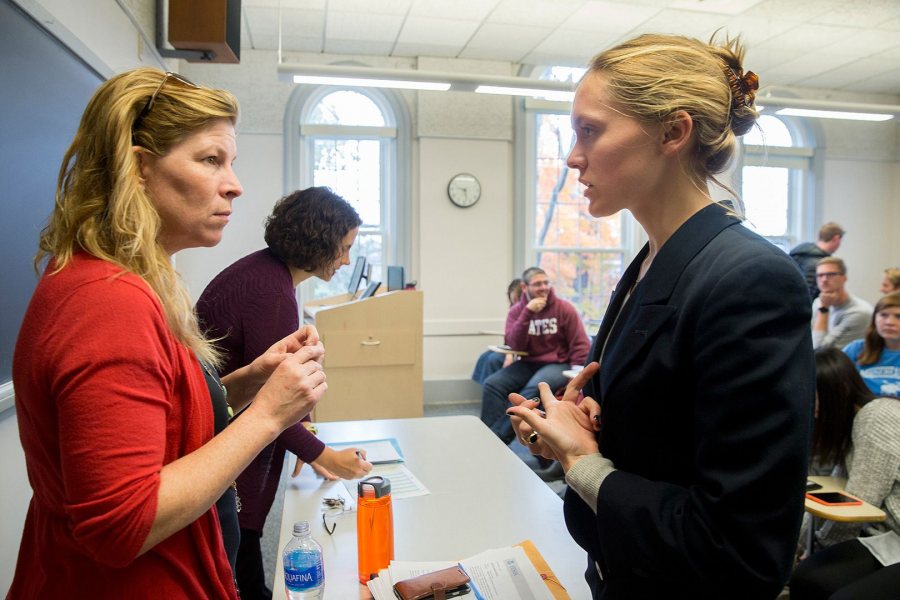 Faced with mountains of papers to grade, professors are hardly immune to procrastination.

“I make piles,” says Stephanie Kelley-Romano, associate professor of rhetoric. “I take all the grading I have to do and separate it by class and sometimes by student and assemble it. I also make sure it’s appropriately stapled or fastened. I get pens ready.”

Once she can’t put it off any longer, she commits to just one small task. Once she gets going, the rest is easier.

For some, home isn’t necessarily the best place for homework.

“I have mentally separated my room from school, because I associate my room with relaxing and Netflix,” says Bailey Richins ’19 of Westerly, R.I. “Normally, I have all of my work with me, I find a place to study, and I stay there until I get what I need to get done, done.”

Carolyn Snow heads to the library. “If I go to a public space like the library, and there are other people — not people that I know, like Abby [Hamilton] — I feel like I should not procrastinate as much because I see everybody else working,” she says.

“I’ll try to get as much work done in one block of time as I can, instead of doing homework slowly with friends that I could have done really quickly,” says Lo Cicero.

10. Set reasonable amounts of time to get things done

“I block out everything and try to anticipate how long each assignment will take,” says Sam Rickerich ’18 of York, Maine. “If it seems like it’ll be a big one, it’ll probably take longer than you think, so start early.”

11. Make fear of shame work for you

Professor of Spanish Baltasar Fra-Molinero says he procrastinates on new articles by working on material “that, while fascinating, is not what I should be writing on.”

His motivator, he says, “is the impending shame of showing up with empty hands and no credible excuses.”

“As my grandfather says, do it good enough for government work, so that’s a good 75 percent effort,” says Elfstrom.