Somewhere tonight, someone — make that millions of someones — will wake up in desperate terror, reliving the horror of a traumatic event. The someones will range from combat veterans and abuse survivors to witnesses to mass-shootings and victims of natural disasters.

Right now, there’s nothing they can do except let the panic dissipate, like waiting out a summer thunderstorm. But in the near future, a remedy might be literally within reach, thanks to landmark memory research by Ed Meloni ’91.

Picture this: Sitting on the bedstand of that someone is a xenon-gas inhaler. The sufferer breathes deeply from the inhaler. And poof: Not only is the traumatic memory gone, but so is the associated and sometimes debilitating condition known as post-traumatic stress disorder. 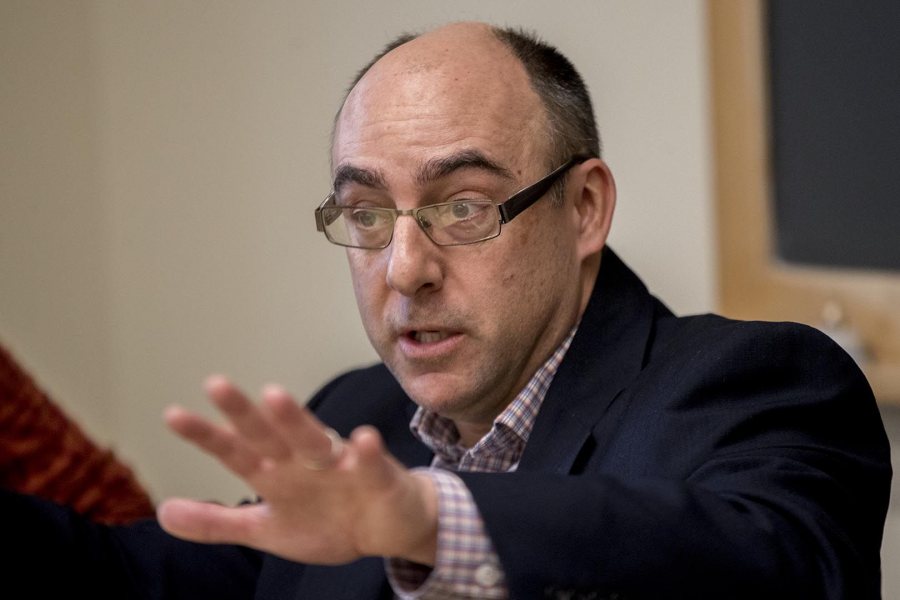 In any given year, more than eight million Americans suffer from PTSD, which develops in some people who have experienced a traumatic personal event. Most people probably know something about PTSD through its depiction in popular culture, particularly war movies. Early on, in 1946, there was the post-World War II movie Best Years of Their Lives, then movies like Coming Home, Born on the Fourth of July, and The Hurt Locker, all of which portray PTSD sufferers.

The nightmares and flashbacks — two among many symptoms of PTSD — feel very real. In one way, they are, and that’s the key to Meloni’s research on xenon gas as a potential treatment.

Meloni is a researcher at Harvard-affiliated McLean Hospital, where he works alongside Bill Carlezon ’86, director of the hospital’s Behavioral Genetics Laboratory. During his visit to Bates in March as the College Key’s Distinguished Alumnus in Residence, Meloni joined neuroscience classes, met with students, and delivered an evening lecture. He and I spoke for about an hour.

Researchers, Meloni explained, used to believe that “recalling a memory was like reading a file.” It was read, then put back. “We thought memories were immutable.” Meloni and other scientists have shown that’s not the case. “Our memories can be changed; new information can be integrated.”

(In fact, Meloni says, “our memories are probably not faithful representations of what really happened,” which has great implications for the reliability of crime eyewitnesses, a field of research by Bates psychology professor Amy Douglass.)

This process of memory retrieval and updating is known as reconsolidation, and Meloni is an expert in the field. In 2014, he and colleagues at McLean showed that xenon gas can block the reconsolidation of fearful memories in lab rats, effectively eliminating the fear. The discovery garnered national attention for its promise to end PTSD suffering.

Now, the promise is getting close to reality. 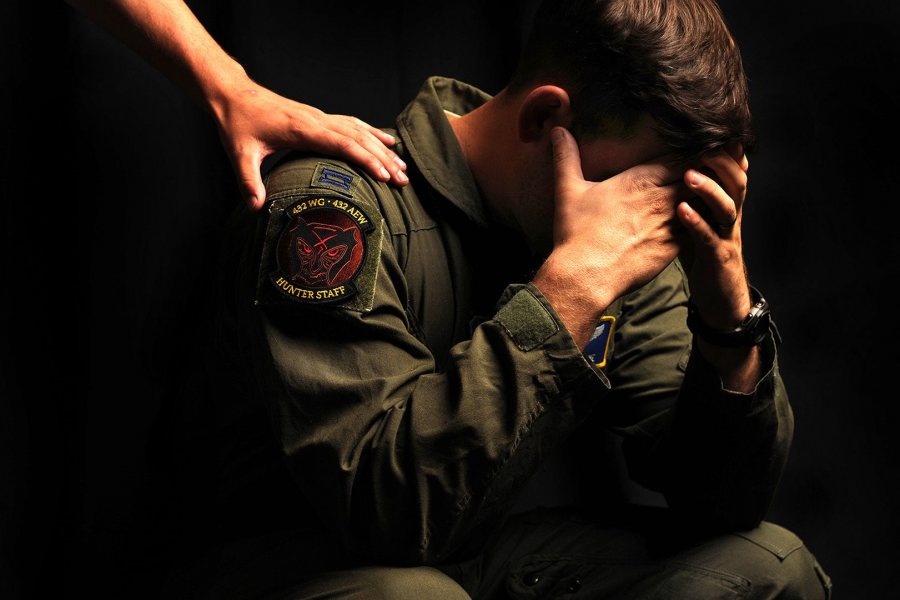 For a discovery that could bear directly on human life, the route to finding it was “indirect,” Meloni says. “It was chance and serendipity.” (And, we would add, also some creative thinking on his part.)

As the story goes, a colleague of Meloni’s was presenting research data at a conference, where he learned that a medical gas company was interested in providing a device that would allow scientists to use xenon gas in their rat-model experiments on neurodegenerative diseases.

The device was needed because “gases are hard to work with” in research that uses a rat model, Meloni explains. “There are a lot of intricacies with gas delivery. It’s not as simple as giving a drug. You can’t just get a rat to put a mask on.”

So the medical gas company funded a research apparatus at McLean, the first of its kind in the world, to test the effects of xenon gas on a rat model.

In terms of its general medical use, xenon is hardly new; though expensive, it’s considered a superior anesthetic and is used in diagnostic imaging. And in recent years, new research indicated that xenon could be “neuroprotective” in the brain, Meloni says, a general term meaning that it might protect nerve cells from the kind of damage found in neurodegenerative diseases and traumatic brain injuries, such as concussion.

The unique research device in place, Meloni was initially part of an unrelated study that yielded “a strong signal” that xenon was indeed neuroprotective. Specifically, xenon is an “NMDA receptor antagonist” that protects the brain from an insult, glutamate excitotoxicity.

That led Meloni to wonder: If xenon is an NMDA receptor antagonist, it should block learning and memory because that’s the outcome when animals are given drugs that block the NMDA receptor. “They don’t learn,” he says. “Or, they stop fearing something they learned.”

“I just wanted to test that,” Meloni says. And among myriad tests involving xenon, rats, and fear, three results proved pivotal. First, they found that giving xenon gas to rats prevented them from developing a certain fear, in this case the fear of a mild shock. “We blocked the learning of fear,” Meloni recalls.

“I was floored,” Meloni says. “That was the home run.”

At this point, Meloni’s expertise in memory reconsolidation kicked in. He thought, “What if the animals are already afraid? Can xenon block a memory that was already there?”

So Meloni decided to pair the administration of gas with the reactivation of a fearful memory (in this case, a mild shock) that the rats had learned by Pavlovian association. When the fear was reactivated, in this case by the sound of a tone previously paired with the shock, the rats were immediately exposed to xenon gas. Tested a few days later — even weeks later —  they did not show fear when the tone was presented.

“I was floored,” Meloni says. “That was the home run.” 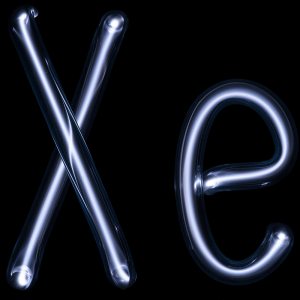 Refining their findings, the researchers gave xenon to fear-conditioned rats but did not reactivate their fear by presenting the tone. Tested a few days later, the rats remained fearful. “That suggested that pairing the gas administration with the reactivation of the memory was critical for this whole thing to work,” Meloni says. “Right away I knew we could translate it to PTSD.”

Last summer, the U.S. Patent and Trademark Office gave Meloni and fellow researcher Marc Kaufman a “patent allowance” — essentially a patent approval — for using xenon gas to treat PTSD. The biotech firm Nobilis Therapeutics has licensed the patent and seeks to develop a hand-held medical device for self-administration of xenon.

The hand-held device “is absolutely critical,” Meloni says. “If a medical professional identifies that you might benefit from xenon therapy, you want to administer it as soon as the traumatic memory is reactivated, which happens “organically, out in the real world,” Meloni notes, in nightmares, flashbacks, or by exposure to cues that remind the patient of the traumatic event, much like when the tone is presented to the fear-conditioned rats. “That’s when we think you’re going to get the most therapeutic effect.”

Of course, FDA approval is still required. “Up until now, there’s been no FDA-approved way to administer xenon gas aside from an elaborate anesthesia machine” in a medical setting, Meloni explains. At the moment, Meloni and colleagues are awaiting the go-ahead from the FDA to begin clinical human trials at McLean.

If Meloni has shown smart and creative thinking in his xenon research, it’s safe to say those abilities were cultivated by his Bates professors. A student in the days before Bates developed its neuroscience program, Meloni designed his own interdisciplinary major to combine interests in biology and psychology.

On the bio side, mentors included Pam Baker ’69, now retired, and Lee Abrahamsen. On the psych side, it was John Kelsey. (Also retired, Kelsey was recently honored with the creation of a new endowed professorship in his name, the John E. Kelsey Professorship in Neuroscience.) 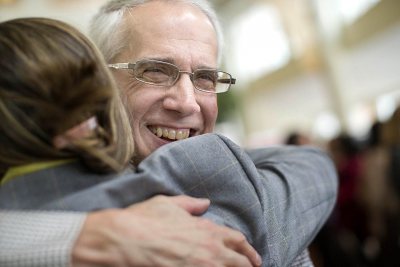 Kelsey “activated my brain,” Meloni says. “He forced you to think constructively and creatively and to problem-solve, to figure it out.”

For Meloni, a common denominator among his professors was “friendliness. Bates professors take the time to get to know you personally and make sure you’re absorbing the material. They’re teachers, plus something more.”

Those Bates qualities are invoked a lot because they’re valuable.  “For an underclassman, that’s just so big. It’s so inspiring. It just resonates.” 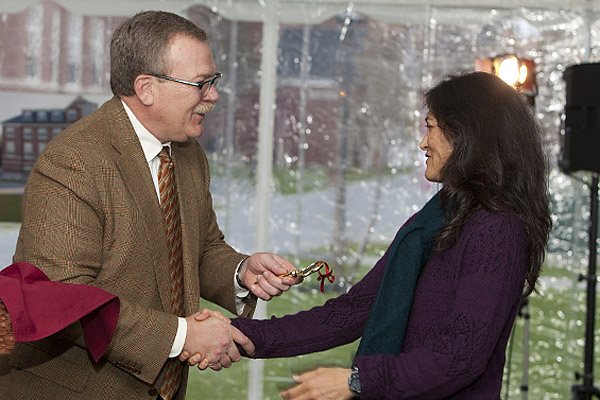