Acclaimed human rights lawyer Bryan Stevenson, whose work has freed wrongfully convicted death-row prisoners, reduced excessive sentences given to others, and brought greater equality to the U.S. criminal justice system, will deliver the Bates College Commencement address and receive an honorary degree on Sunday, May 27.

For its 152nd Commencement, Bates welcomes Stevenson, who will receive an honorary Doctor of Laws degree, and three other honorary degree recipients:

Lynsey Addario, a Pulitzer Prize–winning photojournalist who has documented the human impact of war and conflict around the world, will receive a Doctor of Humane Letters degree.

Jill Lepore, an intellectual and political historian, Harvard professor, and New Yorker staff writer who reveals the present through insightful explorations of the past, will receive a Doctor of Humane Letters degree.

Bob Ludwig, a multiple Grammy Award–winning mastering engineer and music industry legend based in Portland, Maine, will receive a Doctor of Music degree.

“These four inspiring individuals live and work with integrity, commitment, and purpose, and each in his or her own way has opened new worlds to others. We are thrilled to welcome this brilliant class of honorands to Bates,” said President Clayton Spencer.

“It will be our particular privilege to welcome Bryan Stevenson as keynote speaker,” Spencer added. “In his fight against wrongful incarceration, he has essentially created a new body of law — and forced a necessary reckoning with institutionalized racism and injustice.” 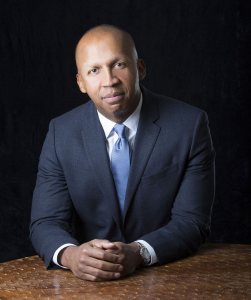 Bryan Stevenson, who has fought against racial and economic inequities in the U.S. criminal justice system for more than three decades, will deliver the Bates Commencement address on May 27. (Photograph by Michael Collopy)

Bryan Stevenson has fought against racial and economic inequities in the U.S. criminal justice system for more than three decades. As founder and executive director of the Equal Justice Initiative in Montgomery, Ala., Stevenson has dedicated his life to exonerating innocent death-row inmates, reducing excessive sentences given to others, and challenging the convictions of individuals unjustly prosecuted as adult offenders, including children and the mentally ill.

Operating on the principle that “each person is more than the worst thing they have ever done,” Stevenson and the EJI have reversed more than 100 death sentences. Stevenson chronicled this work in Just Mercy: A Story of Justice and Redemption, named one of the best books of 2014 by The New York Times, The Washington Post, and Esquire, among other publications, and selected this past summer as the Common Read for the Bates Class of 2021. In 2012, Stevenson successfully argued before the Supreme Court that mandatory life sentences, without the chance of parole, for crimes committed by juvenile offenders were unconstitutional, even for crimes of murder.

A graduate of the Harvard Law School and Kennedy School of Government, Stevenson serves as a professor of clinical law at New York University Law School. He takes no salary from the EJI, and donated the award from his 1995 John D. and Catherine T. MacArthur Foundation “genius grant” to the organization. Stevenson’s other honors include the ACLU National Medal of Liberty and the SALT Human Rights Award. On April 26 in Montgomery, the EJI will open the nation’s first memorial dedicated to lynching victims, The National Memorial for Peace and Justice, and a companion museum, The Legacy Museum: From Enslavement to Mass Incarceration, devoted to dramatizing the enslavement of African Americans, racial terror lynchings, legalized racial segregation, and racial hierarchy in America. 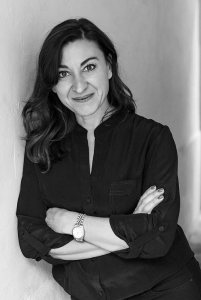 Lynsey Addario, a Pulitzer Prize–winning photojournalist who has documented the human impact of war and conflict around the world, will receive a Doctor of Humane Letters degree.

Photojournalist Lynsey Addario has witnessed, documented, and shared the human stories of the major conflicts and humanitarian crises of our time, traveling to Afghanistan, Iraq, Darfur, Libya, Syria, Lebanon, South Sudan, Somalia, and Congo. She has been kidnapped twice while on assignment, including being held for six days in Libya in 2011.

Admired for her intimate, empathetic studies of humanitarian issues, especially involving children and women, Addario was one of the New York Times journalists whose series Talibanistan earned a Pulitzer Prize in 2009. She was also part of a team nominated for a 2016 Emmy for a New York Times Magazine series that followed children displaced by war in Syria, Ukraine, and South Sudan. In 2010, Addario received a MacArthur “genius grant,” and in 2015, American Photo Magazine named her one of the five most influential photographers of the past 25 years.

Addario’s best-selling memoir, It’s What I Do: A Photographer’s Life of Love and War, was described by Time as a book “about the difficult, and often unattainable, balance that most photographers struggle with in their professional and personal lives.” 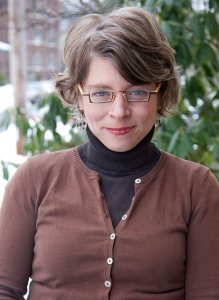 Distinguished scholar and public intellectual Jill Lepore is a masterful guide through American history, culture, and identity, telling captivating stories about the past that resonate powerfully with the present. Author of nine nonfiction books, Lepore is a staff writer for The New Yorker and the David Woods Kemper ’41 Professor of American History at Harvard University.

Lepore’s award-winning books include The Name of War, about King Philip’s War and the emergence of American identity; Book of Ages, about Jane Franklin, sister of Ben Franklin; and The Secret History of Wonder Woman, a best-seller that has been called a “tour de force of intellectual and cultural history.”

Elected to the American Academy of Arts and Sciences in 2014, Lepore is widely respected for her ability to articulate broad truths about American life and culture by examining the very particular and personal stories of her subjects. Her recent essays in The New Yorker have fixed on such topics as free speech on college campuses, the legacy of Rachel Carson, and the rise of dystopian literature. Her forthcoming book is titled These Truths: A History of the United States. 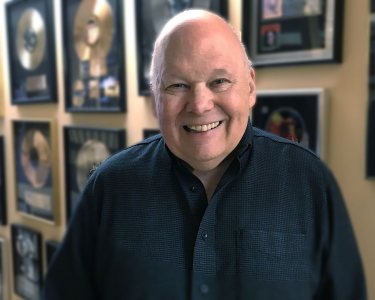 Bob Ludwig, a multiple Grammy Award–winning mastering engineer and music industry legend based in Portland, Maine, will receive a Doctor of Music degree.

Millions have been touched by the work of Bob Ludwig — though they probably don’t know it. A music industry legend, he is one of the world’s most in-demand mastering engineers, an artist-technician who applies the final sonic polish to a recording before its release.

Boasting 11 Grammys, two Latin Grammys, and more than 3,000 recording credits, Ludwig founded Gateway Mastering Studios in Portland in 1992. Along with major names in classical and jazz, he has worked on musical recordings from an A-to-Z list of rock and pop icons: Aerosmith, Led Zeppelin, U2, Jimi Hendrix, Dire Straits, Gloria Estefan, Mariah Carey, Mumford & Sons, Beck, Pearl Jam, and many more. His artistry is rooted in a profound musicality and an encyclopedic grasp of acoustic science and recording technology.

Ludwig earned degrees at the Eastman School of Music and was assistant to recording legend Phil Ramone, taking part in sessions with Frank Sinatra, the Band, and Neil Diamond, among others. Ludwig worked at the mastering studios Sterling Sound and Masterdisk before founding Gateway and making Portland a record-industry destination that treats residents to glimpses of visiting clients like Bruce Springsteen and Eric Clapton. Ludwig’s industry honors include the inaugural Les Paul Award, in 1991, recognizing excellence in the creative application of recording technology.