Fans who’ve seen Bates football run-run-run the ball on offense in recent years are in for something completely different when the Bobcats host Amherst at 1 p.m. Saturday for the 2018 season opener.

The Bobcats are about to flip the script.

New head coach Malik Hall and his coaching staff have brought the air raid offense to Bates, which has run the triple option for the last eight years.

The offense is well-known at the Division I level, where Hall has coached in recent years, and it puts a premium on passing, with up to five receivers running routes. Where Bates ran the ball 70 percent of the time in 2017, the Bobcats could flip that ratio in 2018.

Asked to sum up the new offense, quarterback Brendan Costa ’21 of Westport, Mass., says, “throw, throw, throw!” But it’s a little more complicated than that.

That’s where new offensive coordinator Custavious Patterson comes in. Described by wide receiver Marcus Ross ’19 of Mansfield, Texas, as a “coaching genius,” Patterson comes to Bates after stints at Wagner and Fordham universities.

“We led the nation in total offense at Fordham when I was there,” he says. “I remember that it took them a little longer to catch on” than his Bates players.

“These kids here are like geniuses. They’ve caught on and acclimated really, really fast. We have a few things to clean up with them, but they’re on it.” 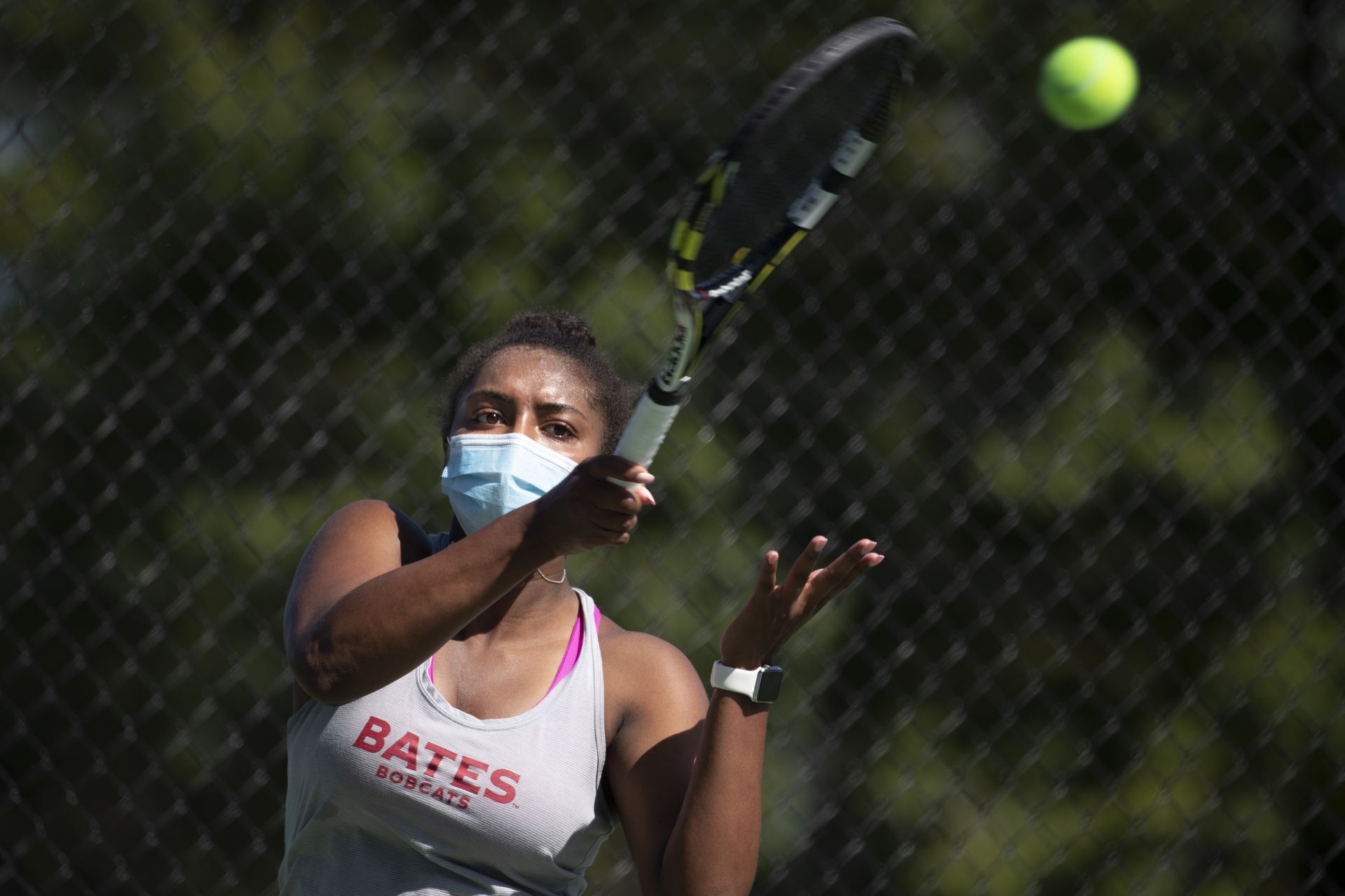 Despite no games, first-year Bobcats still win big with teamwork and belonging