By Emily McConville. Published on September 27, 2018

For many of us, a testimony happens in a court of law, or perhaps in a church.

For people who study Latin America, like Visiting Assistant Professor of Spanish Stephanie Pridgeon, testimony also refers to a literary genre born from violence and authoritarianism in the 20th century.

A testimonio is “an oral, written, or transcribed firsthand account of political violence and social issues,” Pridgeon says. “It’s a text whose social currency and cultural value are based on the fact that the person witnessed something firsthand.” 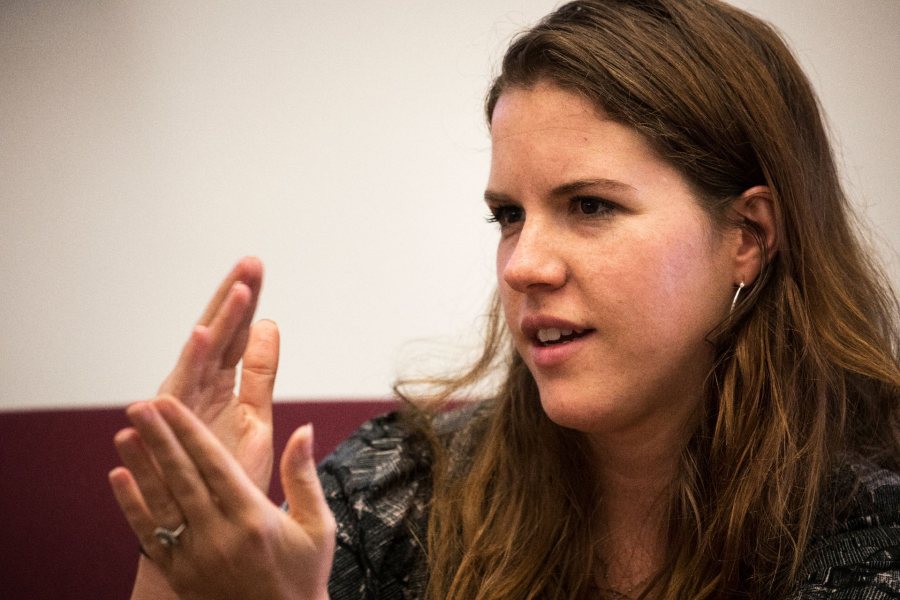 A famous example is I, Rigoberta Menchú, a recounting of one woman’s experience of violence during the Guatemalan civil war, as told to a Venezuelan anthropologist. Menchú is a K’iche’ Maya human rights activist who won the Nobel Peace Prize in 1992.

Pridgeon’s research on testimonios focuses on the value a testimonio has when the line between fact and fiction blurs. For example, how much value does a testimonio have when its accuracy is called into question, as was the case with I, Rigoberta Menchú? What happens when artists merge testimonio and documentary filmmaking to show the limitations of both?

Overall, testimonios offer a glimpse of the intersection of personal identity and politics. “How are people going against what people have assumed about them, based on having been a political prisoner or an insurgent or part of one political faction or another?” Pridgeon says.

“It gets into some pretty juicy issues of identity politics and the ways in which people understand themselves vis-à-vis broader coalitions, alliances, or political blocs.”