Sometimes, camp involves sitting around a fire eating s’mores. Or, here in Maine, it could be that family cottage by a lake or up north.

For Bates professor Charles Nero and other film lovers and scholars of queer studies, camp is also a style that focuses on the excessive and over-the-top — an aesthetic that has been embraced by LGBTQ communities since the mid-20th century. 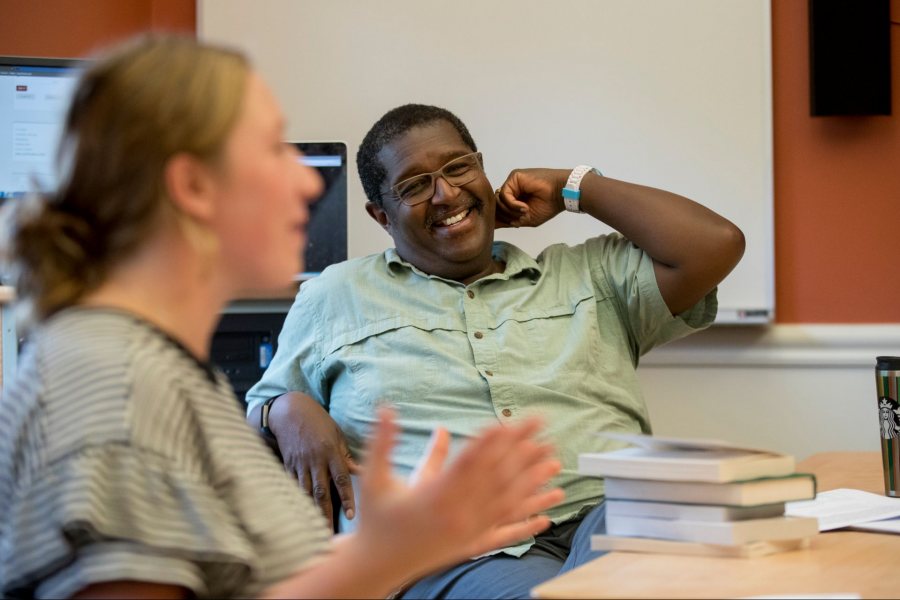 “Camp focuses a lot on style, image,” says Nero, the Benjamin E. Mays ’20 Distinguished Professor of Rhetoric, Film, and Screen Studies. “Some people might say it’s an attention to detail that is excessive. At the same time, for queer people, it is something that allows us to recognize each other and build community with each other.”

So what qualifies as camp?

Think Broadway musicals, particularly classics from the 1940s and ’50s, with their “passionate depictions of love and romance and bursting into song as a way of expressing that passion.”

Or the Bette Davis classic All About Eve. “Every line in the movie is deliberate, intentional, and quite witty, a celebration of wit in the style of Oscar Wilde,” Nero says. “People are constantly glamorous and beautiful and saying smart things.”

Think performers, like Judy Garland and Barbra Streisand, who “have legions of queer people, both male and female, who adore them because of their ability to emote via song,” Nero says. 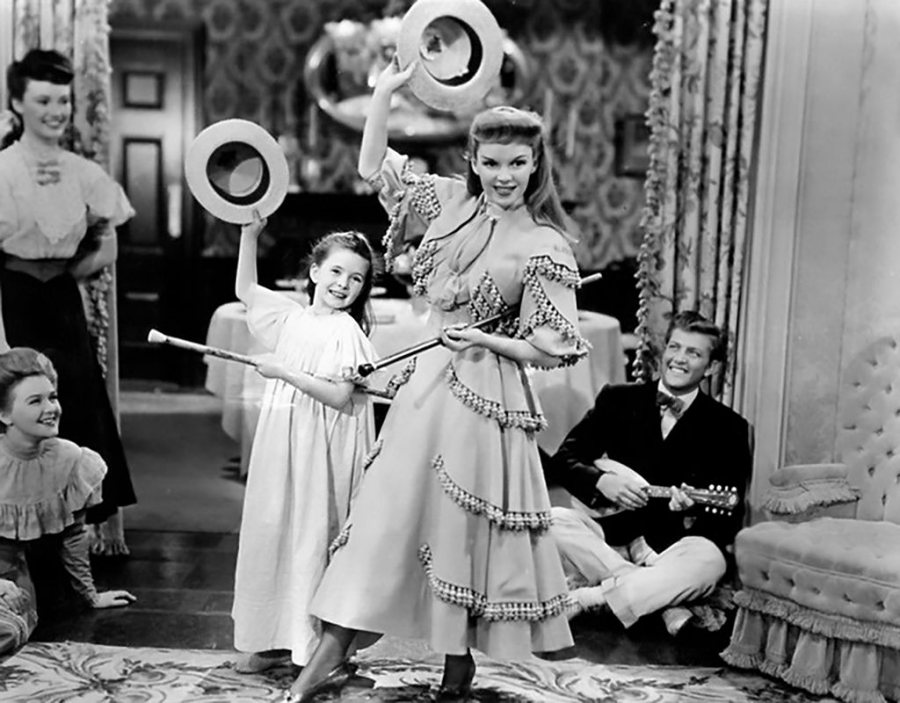 Margaret O’Brien and Judy Garland perform the song “Under the Bamboo Tree” in Meet Me In St. Louis, a film that Charles Nero says exemplifies the concept of camp. (Photograph by Metro-Goldwyn-Mayer, Life magazine, Vol. 17, No. 24 [public domain], via Wikimedia Commons)

Or one of Nero’s favorites, Meet Me In St. Louis. “It’s incredibly queer,” Nero says, “and it’s directed by Vincente Minnelli, a bisexual man, who’s the father of Liza Minnelli and married to Judy Garland — so you’ve got three icons in one.”

And why is camp important?

Think of the way film depictions of gay and lesbian love were taboo or outright banned for decades, how “Hollywood film was defined by an absence of queer people,” Nero says.

But, of course, queer people still watched movies or worked in the industry. So they “learned to recognize moments of style that felt queer to them, and they could talk about those with other members of their community and form an audience.”

Does camp have downsides?

“It has helped remove people of color from communities, old people, poorer people, and has furthered gentrification,” Nero says. “Some gentrification has to do with style and camp.”