Frye Street is home to cozy student houses, a hopping social scene, and the campus coffeehouse, the Ronj.

Part of the National Register of Historic Places’ Main Street–Frye Street Historic District, the street is named for an illustrious Lewiston family whose local roots date to the early 1800s.

Not a Small Frye

Born in 1808, William Robinson Frye was a founding trustee of Maine State Seminary and Bates.

Along with his brother John P. Frye, William R. Frye was a corporator of the Lewiston Falls Manufacturing Co., founded in 1834 and said to be “the first charter for manufacturing purposes” in Lewiston. It focused on wool goods, mostly “cassimires, tweeds, and flannels.”

Along with Alonzo Garcelon, Frye was among the Lewiston movers and shakers who implored Bates founder Oren Cheney to choose Lewiston for his new Maine State Seminary. (Other locations in the running included Unity, Pittsfield, Hallowell, Vienna, and Litchfield.)

“The name William Robinson Frye deserves equal honor with that of Doctor Garcelon” in terms of credit for Bates being in Lewiston, according to the college history Bates and Its Background. 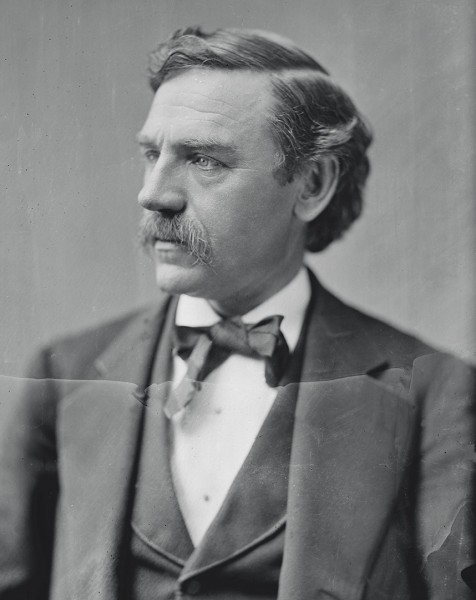 Sen. Frye vigorously opposed a proposed fisheries treaty with Canada and Britain in 1888 because he felt it failed to protect New England fishermen.

Speechifying in the Senate, he said:

“Shall citizens of the United States…be protected against injustice, wrong and outrage, inflicted by a neighboring nation emboldened to it only because it rests under the aegis of a mighty power beyond the seas?” 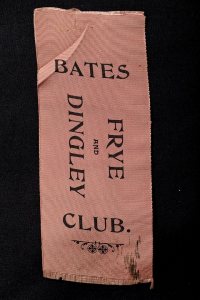 Students wore ribbons like this to support Republicans William Frye and Nelson Dingley in 1892.

In 1892, as Lewiston’s Frye and Nelson Dingley campaigned successfully for re-election to the U.S. Senate and House of Representatives, respectively, Bates students in an eponymous college club wore ribbons to support the two Republicans.

Two ships were named for Sen. Frye, and both were sunk during the World Wars.

The first, the four-masted, steel-hulled William P. Frye, was built in Bath, Maine, and was the first U.S. vessel sunk during World War I, by Germany’s SS Prinz Eitel Friedrich in 1915.

Built in South Portland, Maine, the steam merchant ship William Pierce Frye was sunk by a German submarine on March 29, 1943, midway between Greenland and the British Isles. 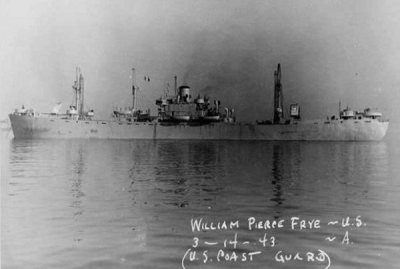 Frye Street was created and named in the mid-1800s when the Frye family subdivided their land on the south and west sides of Mount David.

Some of the Frye land was first owned by David Davis, of Mount David fame, before it was owned by John Frye,  William R.’s brother.

The architectural styles of houses in the Main Street–Frye Street Historic District include Italianate (Chase House and Ross House, home of the Ronj) and Colonial Revival (Pierce House and Moulton House).

The district also comprises houses on College Street, including the Colonial Revival President’s House as well as the Second Empire–style Cheney House.

Acquired by Bates in 1918, Frye House, located at 36 Frye St., was the first of many houses along the street that Bates purchased as student residences, initially for female students. 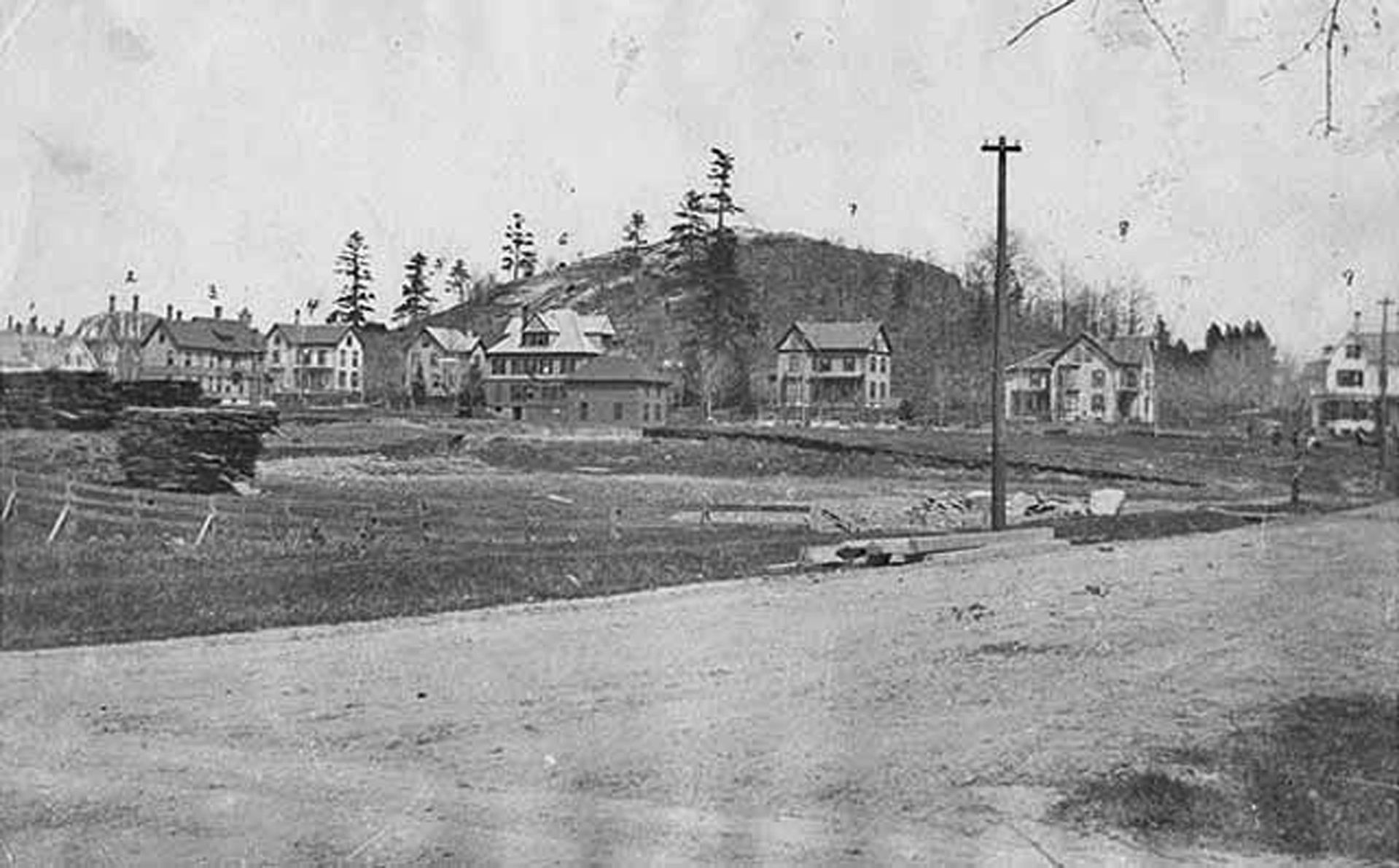 With Mount David rising in the background, this circa 1875 view of Frye Street is from the corner of College and Elm streets. Starting from the right, the first four houses are Frye House, Ross House, Wilson House, and Pierce House. (Muskie Archives and Special Collections Library)

Meanwhile, at the other end of the street, the William P. Frye House, the senator’s former home, is a private residence.

Elsewhere in Lewiston, at the corner of Horton and Ash streets, a building known as the Frye School Apartments was for many years an elementary school named for Sen. Frye in 1889. It was closed in 1987 and converted to apartments.