At its February meeting, the Bates College Board of Trustees elected John D. Gillespie ’80 as the next chair of the board, succeeding Michael W. Bonney ’80, who retires from the board on June 30 after 17 years as a trustee and nine years as chair. 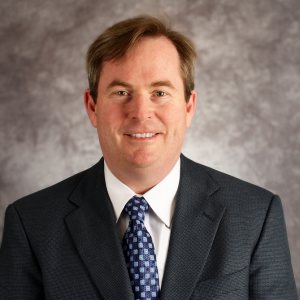 John D. Gillespie is the newly elected chair of the Bates College Board of Trustees.

“I am thrilled that John will be the next chair of the Bates Board,” said President Clayton Spencer. “He is one of the most experienced of our current trustees, bringing to the role critical expertise in finance, management, and investment, as well as a track record of effective leadership in a wide range of roles on the board. Most important, John brings a deep commitment to Bates that began in his undergraduate years and has deepened over time through his own engagement and the experience of two of his children as recent students and graduates.”

“I am honored by this opportunity to give back to Bates, which has provided so much for my family and me, in such a meaningful way. I take very seriously the trust that has been placed in me by fellow trustees and the broader Bates community,” Gillespie said.

“The knowledge, skills, and habits of mind taught in the liberal arts are increasingly important for the rapidly changing world of work, the stewardship of a healthy democracy, and life in a globally interconnected world. Our job as a board, working with the leadership of the college, is to make sure that the quality and relevance of the Bates education are strengthened in the present and maintained for generations to come.”

Founder and managing partner at Prospector Partners LLC and respected as one of Bates’ most hard-working and effective trustees, Gillespie joined the board in 2004 and has chaired or served on 10 of the board’s 12 standing committees. In 2013, as chair of the Investment Committee, he led Bates’ transition to a professional endowment manager. Gillespie also served as a member of the Institutional Planning Trustee Subcommittee in 2016, and he has provided guidance and stability during a dynamic four-year period in which more than a third of the current trustees have joined the board.

As a trustee leader, Gillespie is “ambitious for the college and always prepared to ask the difficult questions that help us move the college forward in a way that is faithful to our mission and designed to ensure a sustainable future for the college,” Spencer said. “I am deeply grateful for John’s willingness to take on this new responsibility on behalf of Bates.”

With Bonney and fellow trustee Geraldine FitzGerald ’75, Gillespie is one of three co-chairs of the current $300 million Bates Campaign, which passed the $202 million mark in January. He is a philanthropic leader within the Bates community, focusing his generosity on building endowed financial aid to ensure that a Bates education is accessible to all qualified students, regardless of their families’ financial circumstances. A champion for educational opportunity, his leadership has inspired many other alumni and parents to also contribute to this key priority of the college. 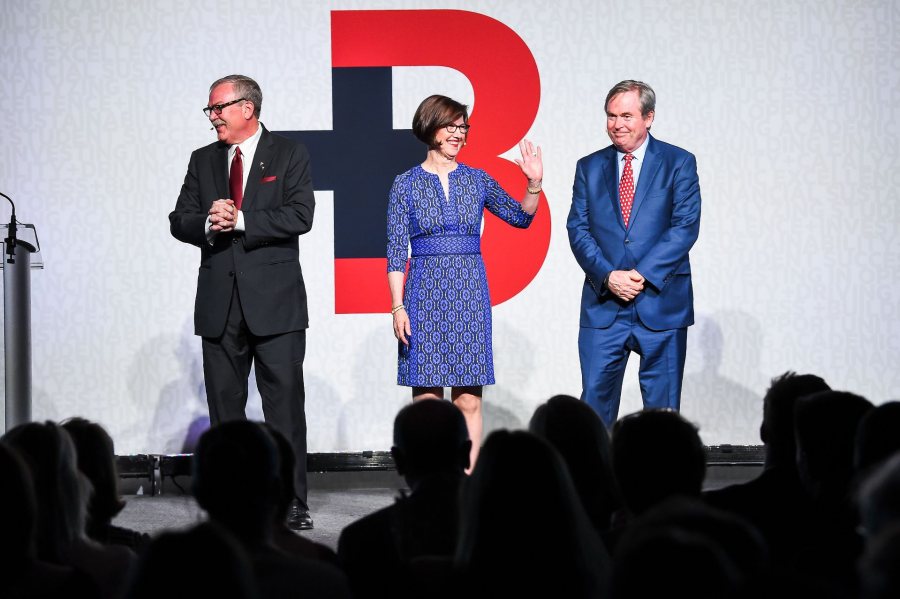 Gillespie was elected as chair by the Bates Board of Trustees following a highly structured process of consultation with the board and a broad range of college constituencies. Secretary of the Corporation and Trustee Lisa Barry ’77, who led the chair succession subcommittee, described the process as “a nine-month listening tour,” involving students, faculty, staff, alumni, fellow trustees, and former trustees.

“Their insights were invaluable as we developed our recommendation for the next Bates Board chair. While John Gillespie emerged as the leading candidate as an experienced and knowledgeable leader, we were particularly impressed with his commitment to access and inclusion, which was an issue raised by all of the college’s key stakeholders.” 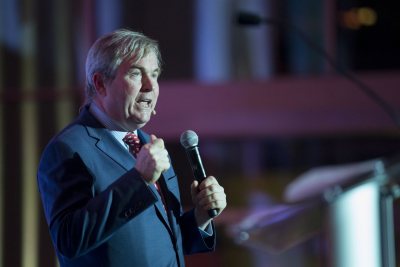 John Gillespie ’80 talks about the college’s efforts to increase endowment for financial aid during a kickoff event for the Bates Campaign on May 16, 2017, in Boston, Mass. (Phyllis Graber Jensen/Bates College)

The father of three children, including two recent Bates alumni, Bradford Casey Gillespie ’13 and Lucas Gillespie ’18, Gillespie has demonstrated his dedication to his alma mater through a long history of active alumni service. As an alumni volunteer, he has served on Reunion gift committees, hosted dialogue dinners, delivered keynote addresses to alumni and parent gatherings, and counseled students as a career adviser. As a co-chair of the Bates Campaign, he has participated in all aspects of advancement programming with alumni, parents, and friends of the college.

Before forming Prospector, Gillespie was a vice president at T. Rowe Price Associates and served as president of the T. Rowe Price Growth Stock Fund and of the New Age Media Fund. Previously he was a senior financial analyst at GEICO Corporation.

Gillespie’s board service outside Bates includes time as deputy chairman of White Mountains Insurance Group Ltd., and directorships at such firms as Montpelier Re, Esurance, OneBeacon Insurance, and Symetra. He served as a trustee of Pomfret School from 2010 to 2015 and was treasurer there from 2013 to 2015.