Q&A: Director Tim Dugan on the racial tension and theatrical ethics of ‘We Are Proud to Present’

Equipped with letters from German soldiers in Africa, some Wikipedia research, and hearts full of good intentions, three black and three white actors attempt to devise a play about the 20th century’s first genocide.

That precarious process and its explosive outcome drive a 2012 play — a play about a play — comprehensively titled We Are Proud to Present a Presentation About the Herero of Namibia, Formerly Known as South West Africa, From the German Südwestafrika, Between the Years 1884–1915. 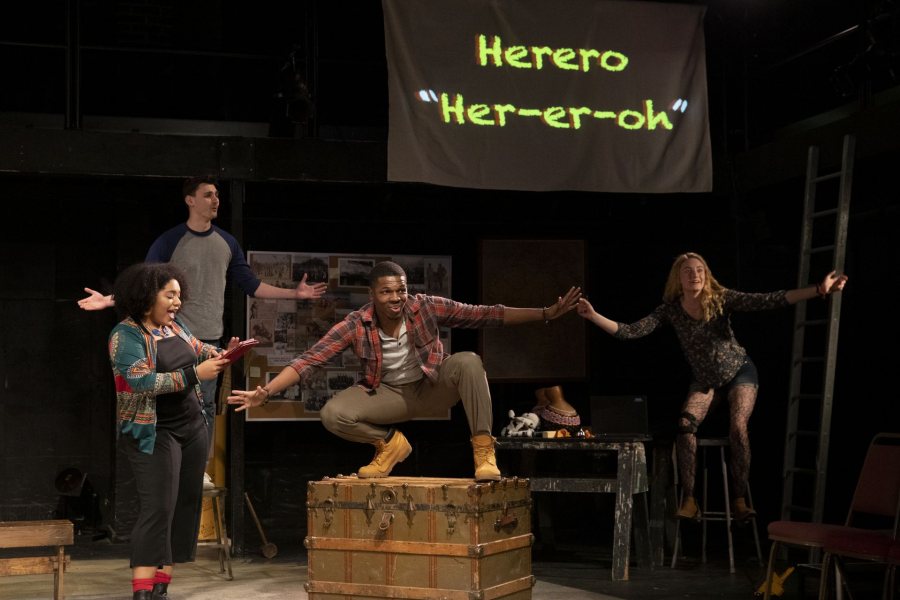 The critically esteemed debut of playwright Jackie Sibblies Drury, the play is a boundary-busting tour de force whose dissections of racial tension and theatrical ethics pose a formidable challenge for its actors.

And the play, nicknamed We Are Proud to Present, is also the mainstage production at Bates this weekend.

Directing We Are Proud to Present at Bates is Assistant Professor of Theater Tim Dugan — who, when asked what drew him to the play, quotes Drury, who says that a playwright has “the luxury of not having to have one thesis. Instead you can have a matrix of questions.” 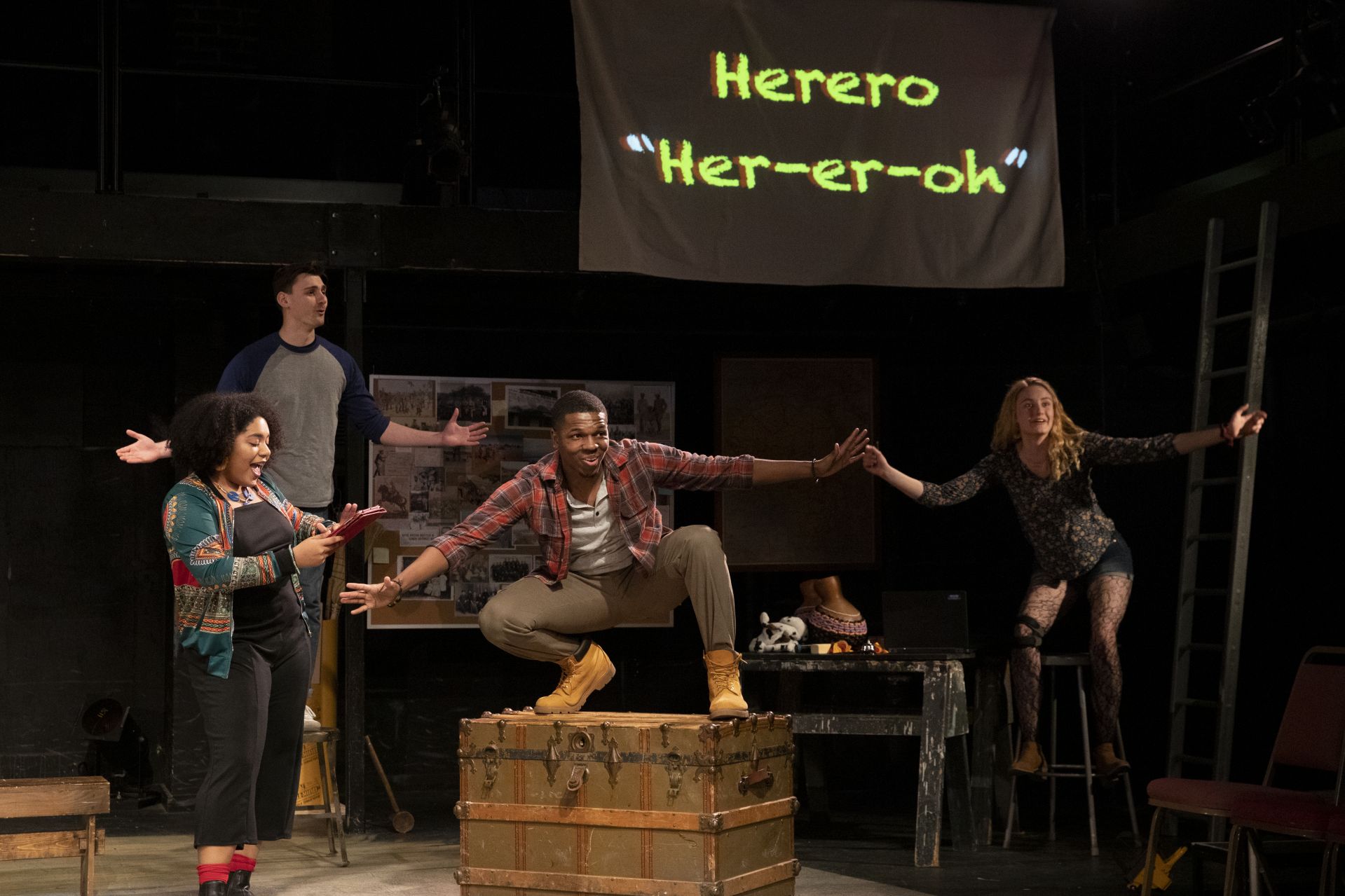 For Dugan, “that has been my lead as a director — my way in — knowing that I want to build a story so that matrix of questions can proliferate in the most dynamic way for the audience.

“And it’s okay to not have the answers to all of them.” (Although, he adds, Bates staff and faculty will join Dugan and his actors to continue the quest for answers in talkbacks after each performance.)

We talked to Dugan about acting the part of an actor, breaking the fourth wall between performers and audience, and the challenges of depicting racial conflict on stage.

What else attracted you to We Are Proud to Present?

This is very much an ensemble piece. It’s about six actors devising a play, three African American and three white. They all love what they do, they love each other, but they’re trying to tackle this topic that is incredibly challenging, the genocide of the Herero tribe in Namibia. 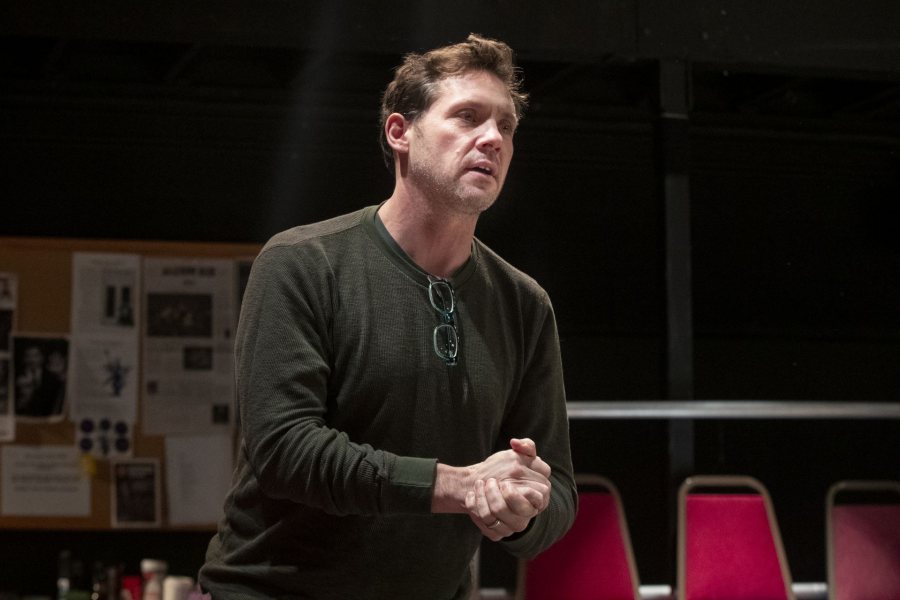 Whenever I do theater work, building ensemble is my first priority. So for that to be an integral part of this story — I was just fascinated by that process, and Drury has some fun at looking at that. There’s a lot of humor to be had about theatrical practice, about egos in the theater.

The play is about an actual genocide.

These young, passionate, accomplished theater artists are trying to create an original work about the genocide of the Herero people by the Germans. They’re really well-intentioned and they’re trying to shed light on this. And this play really succeeds in that, because a lot of people haven’t heard of this genocide. 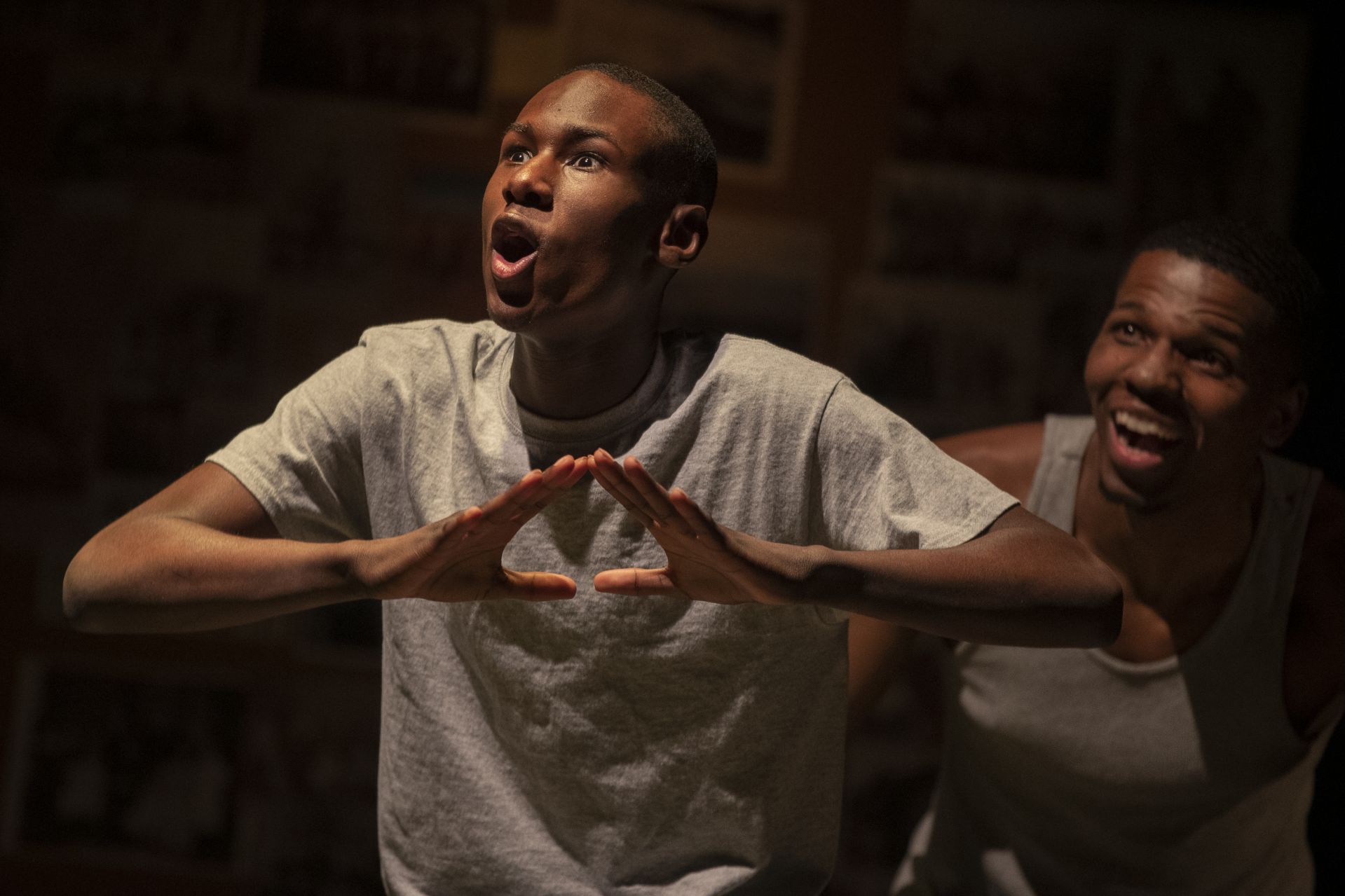 And we see them struggle with how to tell this story, because the only materials they have are letters from German soldiers [and] some Wikipedia research — they haven’t done a real deep dive into research.

Some of the actors start arguing, “Well, where’s the Herero side? Where do we get that story?” Others argue, “Well, if we want to tell it honestly, we should really only use what’s really there, which is the letters.”

That escalates, and about midway through the play, it pivots to a point of leaving the genocide in Africa and moving towards race in America. 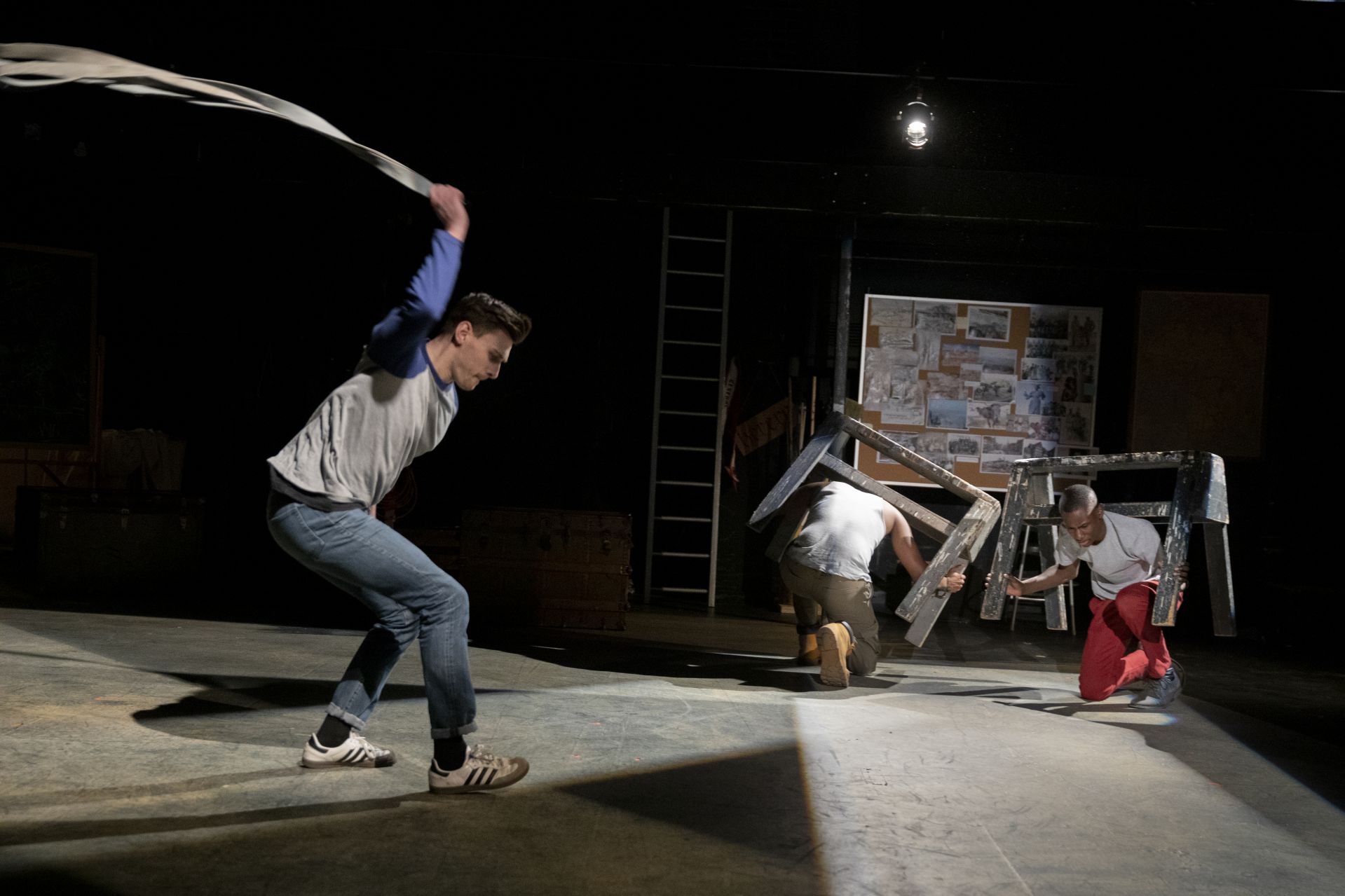 There’s a series of scenes where you will recognize images from current news. That’s another reason why this play is really powerful. I wanted to do it because it raises a whole bunch of questions about how we talk about race in this country.

That’s really good for our students, and the play does so in a way that’s not didactic or condescending.

Good for the students, but probably challenging too.

What I have seen is how different moments of the play, especially in first passes through the script, have affected students — when they’ve had to say that horrible thing for the first time or they had to listen to that thing for the first time. When we’ve done one of those scenes and the actors have had to look at each other, you can see the racial issues around it humanized. 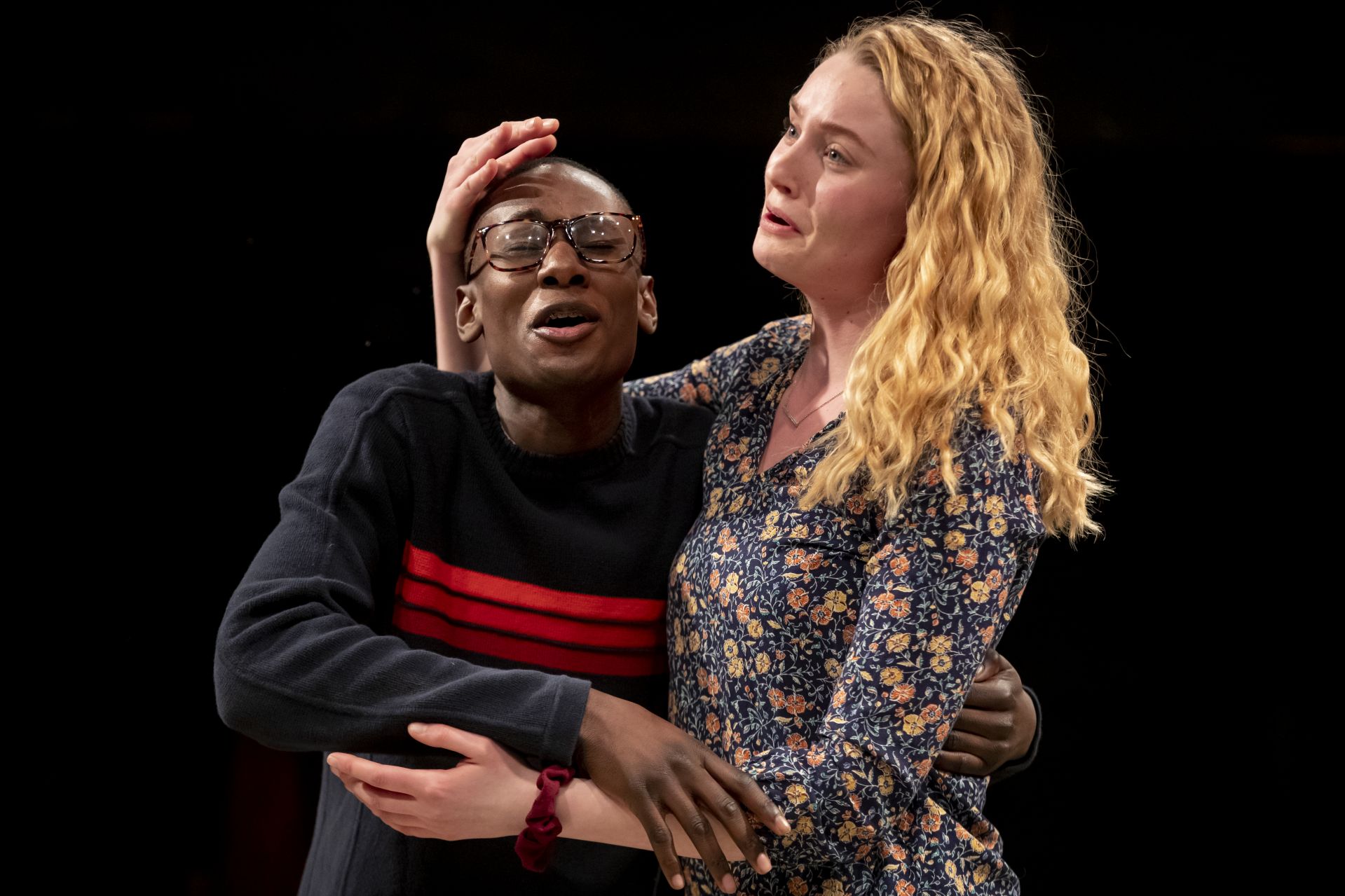 Those were really hard but necessary moments to have in the process. This kind of work has certainly brought this group of students together, and they’re flourishing as an ensemble.

Bates strives to prepare students for success in a multicultural world. Does this play support that goal?

That’s one of the reasons I did the play: It really does. Sometimes when we talk about these issues we can get self-conscious, or we’re not sure how to talk about it. “If I react a certain way does that mean I’m this [type of person]?”

Because these students are walking in the shoes of these characters, I’m sure those skills that they’re having to negotiate and navigate through are preparing them for that.

The play breaks boundaries in a dynamic way, and one example is the boundary between developing a play behind closed doors and then performing it. How does that work here?

I love the structure of this play. It bops back and forth between scenes that Drury labels Process and Presentation. It turns on a dime. There’s 10 of each. I love this idea of just watching this troupe in rehearsal — you’re like a fly on the wall — and then, boom, they’re acknowledging the audience, doing a scene that they’ve created through improvisation. 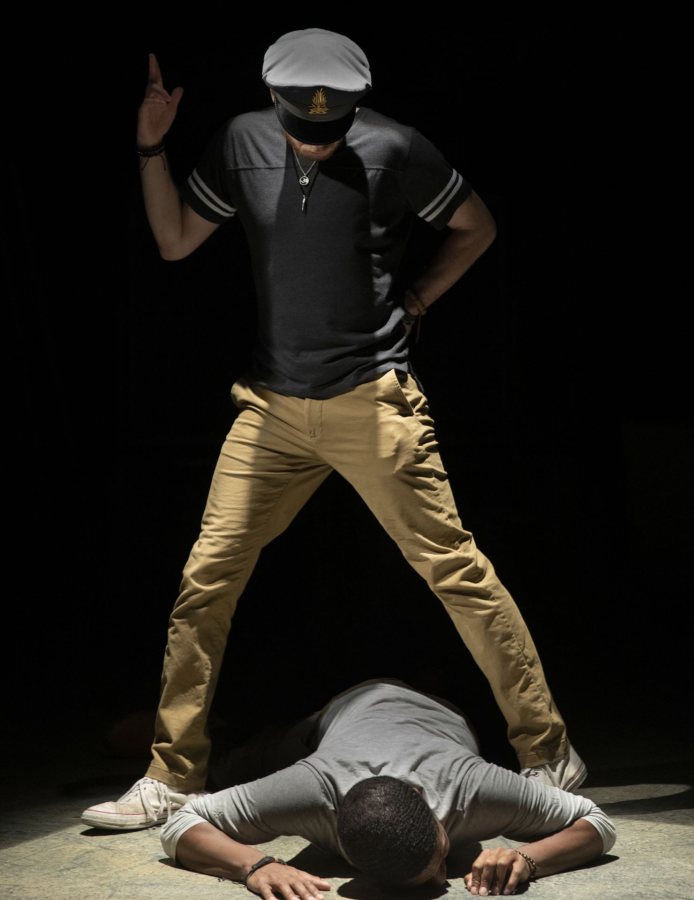 Another boundary that gets broken is the audience expectations from coming into a show. We’re going to mess with that in a really exciting way. Not to make anyone nervous — it’s not an interactive thing where you get pulled up on stage — but the actors are going to be quite close to the audience at times. And audience members will see each other a lot in this play.

And so your actors have to portray both sides of a persona: the actor creating a part and then performing it. How do they make that difference clear?

When they’re in Process, they can’t look like they’re acting. There are multiple conversations, there are interruptions. All of those Processes are totally scripted — that’s something brilliant about Drury’s work. It feels like it’s not, and it is. 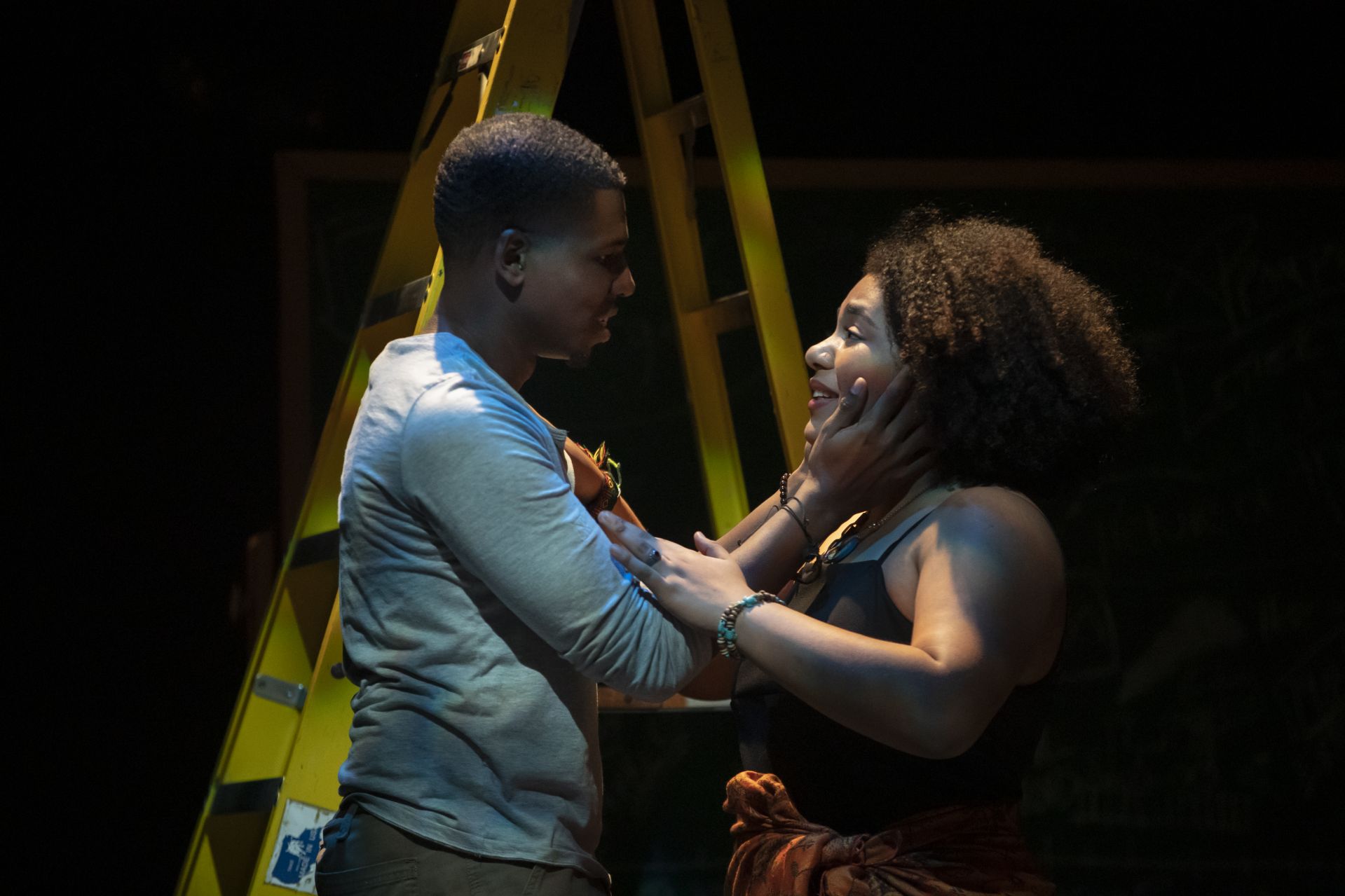 It’s got to feel like we’re not acting, but at a rehearsal. It requires the actors to deeply listen to each other — they really need to know their cutoffs. Some of them just have one- or two-word intrusions like “Yeah, but —” or “Guys!” It’s like music. If you miss the beat, that’s going to throw it off. We’re really trying to delineate those two worlds.

We have to make a sense of ease around that as much as possible, and that takes a while. So it’s been a bit of dialing down some moments that get a little act-y. If people say that the play feels improvised, that to us is a success. 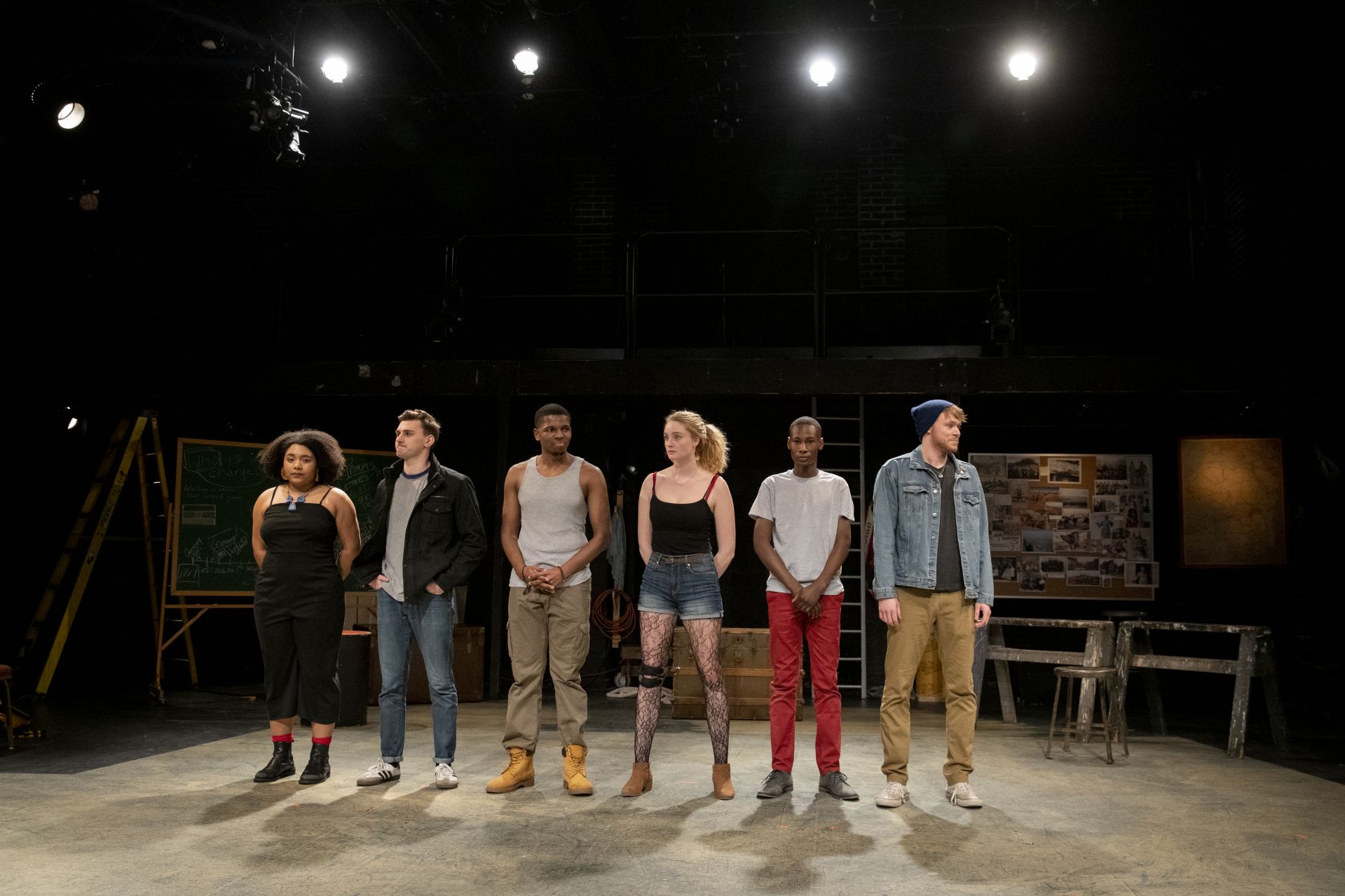