Bates College alumni, parents, and friends contributed a record-breaking $28.85 million to the college during the fiscal year ending June 30.

“I deeply appreciate the investment so many members of the Bates community have made in the college this year, as well as the devotion and hard work of hundreds of our volunteers,” said Sarah R. Pearson ’75, vice president for college advancement. “As we close the second public year of the Bates Campaign, this historic level of support signals that our alumni, parents, and friends are making Bates a philanthropic priority in commitment to this important comprehensive effort.”

She added, “Every gift made to the college makes an immediate impact on the liberal arts education that our Bates students receive, inside the classrooms and the labs, on the playing fields, performance stages, and through engagement in our local community.” 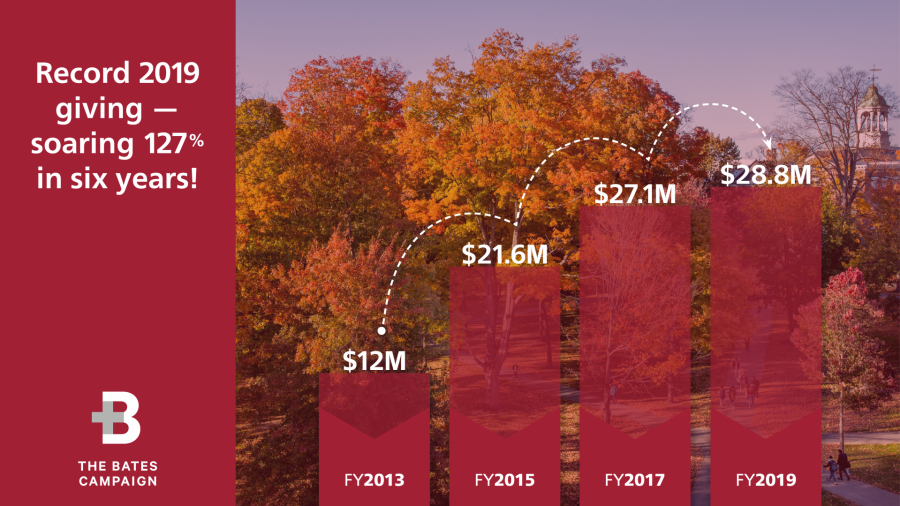 “I am so grateful for the support of Bates alumni, parents, and friends as we work to drive academic excellence, expand access for talented students, and build institutional strength across all aspects of the Bates experience,” said President Clayton Spencer.

“The generosity of our community signals a deep and sincere commitment to Bates, generating momentum in the present and optimism for the future.”

Bates’ alumni participation rate historically ranks near the top among U.S. liberal arts colleges, and 43 percent of Bates alumni made gifts in 2019.

A key component of the $300 million Bates Campaign, the Bates Fund provides real-time support for financial aid, faculty and academic programs, student life, and the arts. Launched with public celebrations in May 2017, the multiyear campaign now stands at $220 million in gifts and pledges toward the $300 million goal.

In a year that saw Bates join the national Schuler Initiative, a multi-college collaboration to research and develop approaches to increase engagement with the tradition of philanthropy among young alumni, Bates deployed the college’s first crowdfunding effort to expand the ways donors can directly improve the experience of Bates students with gifts both great and small. 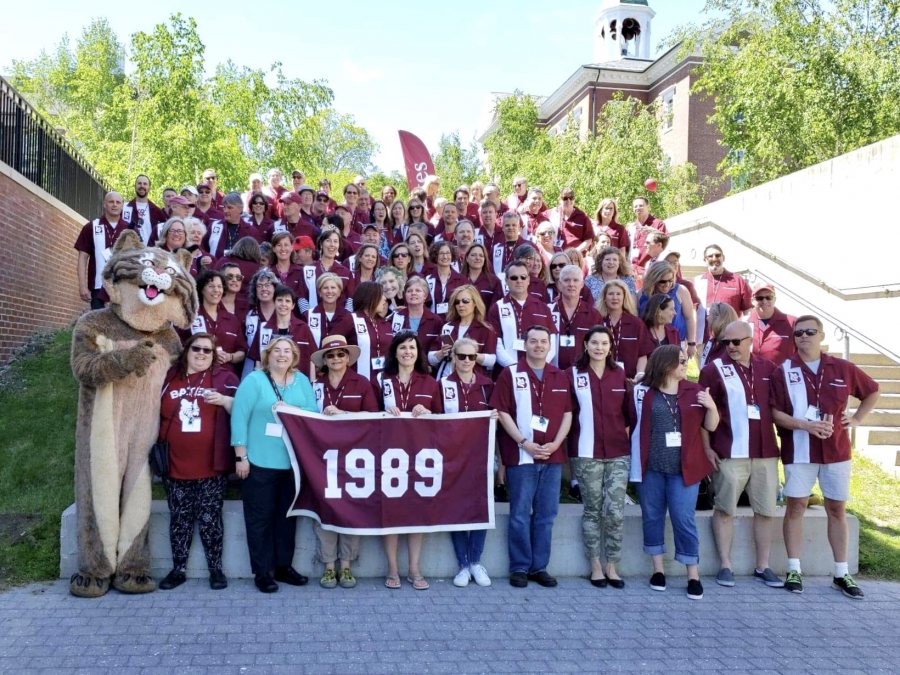 In fiscal 2019, the Class of 1989 broke all giving and attendance records for a 30th Reunion class.

Completed within a few hours in January, the crowdfunding effort raised about $4,950 from 110 donors — for an average gift of under $50 — to purchase 13 new laptops for Ladd Library’s increasingly popular loaner pool. Once an alternative to a desktop computer, mobile technology is essential for today’s academics, including coursework and community-engaged experiences.

In early March, the college’s annual community-giving celebration, Great Day to be a Bobcat, generated $631,272 in gifts to the college. The goal of 1,855 donors (a number that reflects the college’s founding date) was far surpassed with 2,281 alumni, parents, faculty, staff, students, and friends making gifts.

And over three days in late May, the first Friends of Bates Athletics Giving Challenge drew 1,333 donors to its ranks, more than four times the goal of 310 donors, raising a total of $189,127 for all 31 Bobcat varsity teams. 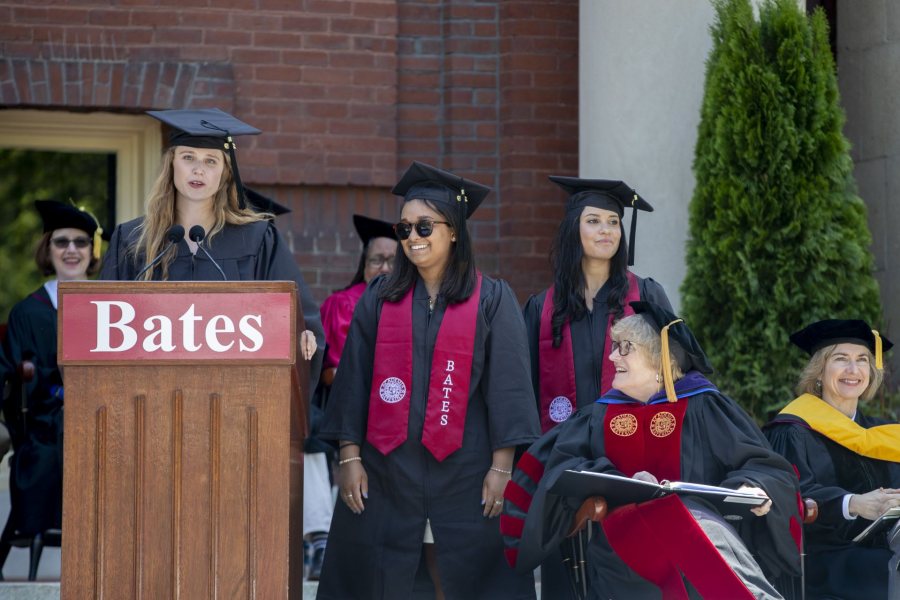 During fiscal 2019, Bates alumni celebrating their five-year Reunions contributed $1.21 million to the college with an overall participation rate of 49 percent. Among this year’s classes, the Class of 1989 broke 30th Reunion records for attendance, Bates Fund giving, overall giving, and participation.

The college’s newest alumni, the Class of 2019, completed their Senior Gift effort with 92.5 percent participation — breaking the Class of 2013’s record — and a total class gift of $6,407.