As translators between immigrants and their lawyers, “we are put in a position with not inherently a lot of power,” said Will Weeks ’20. That’s because a translator’s job is to render the words of a client without embellishment or opinion.

But translators have “a lot of power at the same time,” Weeks added — both to convey a client’s story and to demystify legal terms.

Weeks is a volunteer translator for the Immigrant Legal Advocacy Project, a nonprofit that provides free or low-cost legal services for recent immigrants, particularly those seeking asylum in the United States.

Bates students in French and francophone studies help interpret between ILAP’s Lewiston-based attorney and asylum seekers from French-speaking African countries, like Djibouti and the Democratic Republic of the Congo. Since the start of the relationship between Bates and ILAP, in 2015, students have interpreted, translated legal documents, done research, and even interned for ILAP.

Asylum seekers often come to ILAP for help filling out legal documents that explain why a person does not feel safe in their home country, and why the United States should grant them asylum. 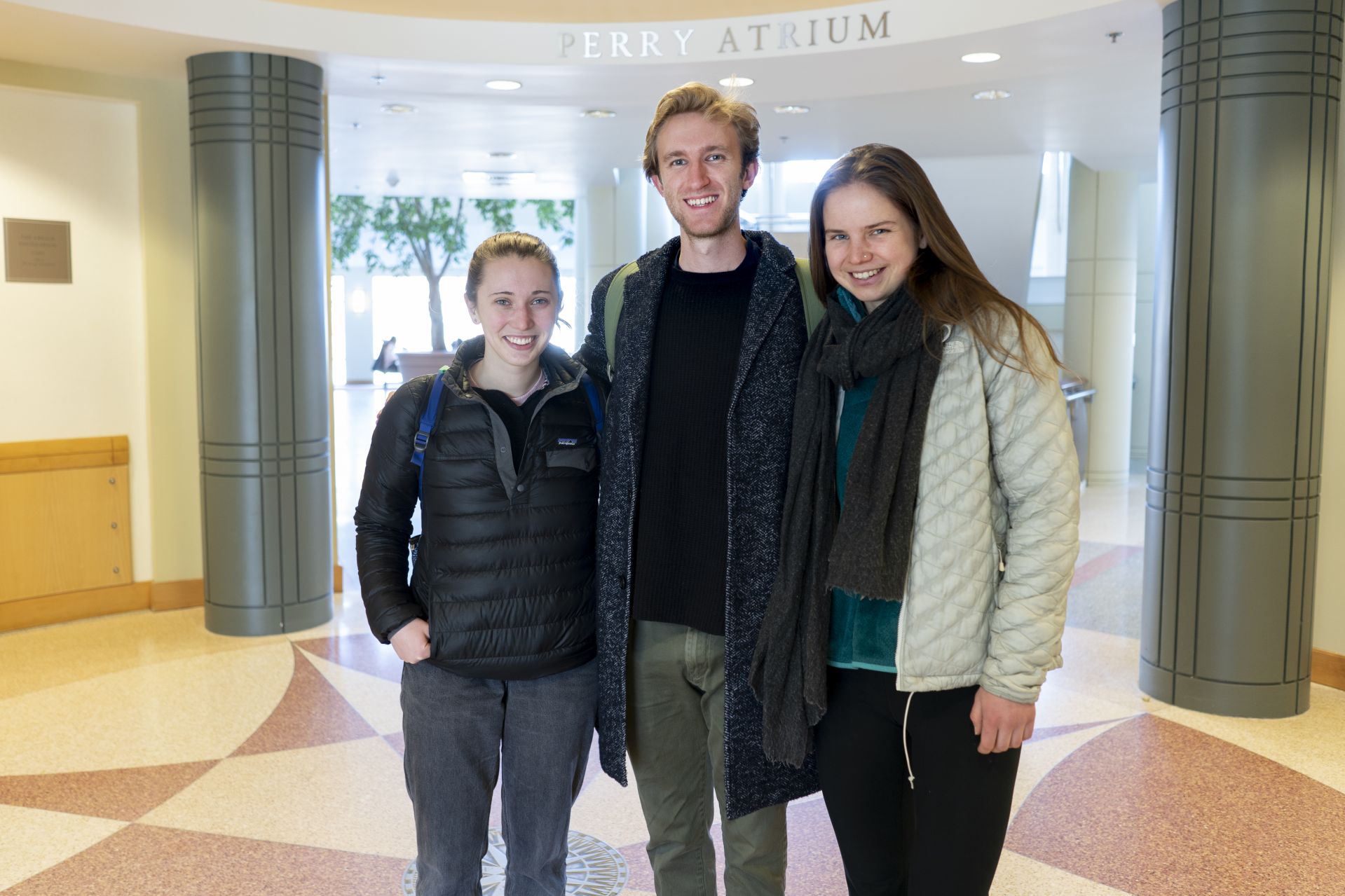 Asylum seekers tell their stories to ILAP lawyers, who can take them on as clients or send them to pro bono attorneys with other firms. Bates student translators are there to make sure a client’s story gets accurately told.

When people come from environments of persecution or even torture, their stories are hard to tell — and hard to hear. But when translating, neutrality is key.

“We have to be mindful of imposing power and privilege.”

“While maybe it would be a first instinct to try to play up or play down these traumatic experiences, we have to stay within ourselves,” Weeks said. “We have to be neutral and translate, one for one, what these people are saying.”

That can be tough, since clients’ stories are not necessarily linear. “Asylum seekers are sometimes giving us bits and pieces at a time and that’s what we have to translate, just bits and pieces,” Weeks added.

“If we attempt to make a coherent story out of it all, we are inherently assuming and deconstructing. We have to be mindful of imposing power and privilege.”

Being neutral, however, doesn’t mean fading into the background. The lawyer, interpreter, and client all have to keep in mind that context and meaning change from one language to another.

“We have to make clear that the words we are translating are coming from a foreign source,” Weeks said. “It has to stay loyal to what these asylum seekers are saying.”

Translating context as well as words

Though the student interpreters’ goal is to translate word for word, sometimes they need to ask for more words. 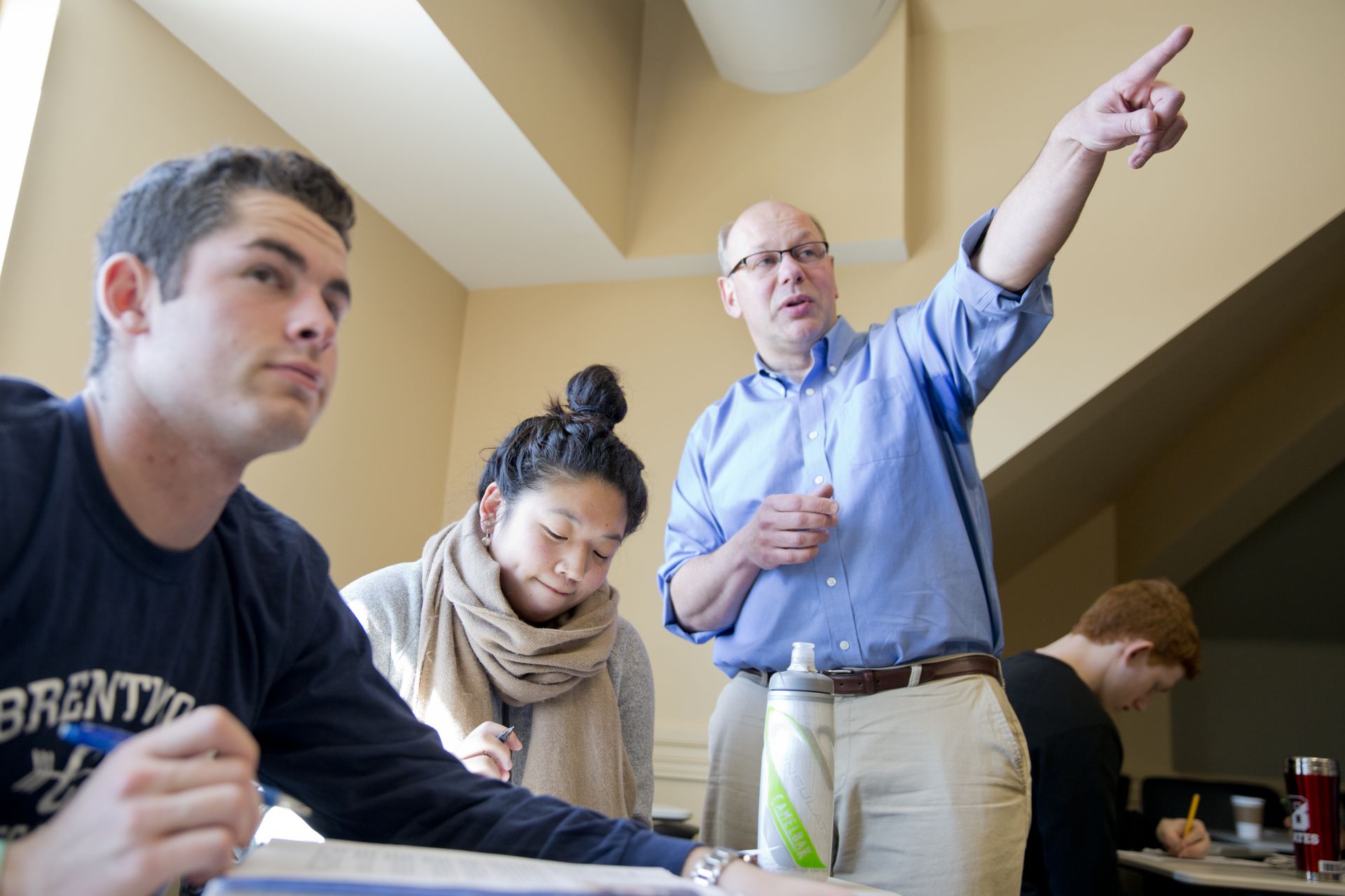 Professor of French and Francophone Studies Alexandre Dauge-Roth, right, teaches a class in 2015. That year, the relationship between Bates and ILAP began when Dauge-Roth invited one of the group’s leaders to speak to his class. (Phyllis Graber Jensen/Bates College)

A similar translation of context has to happen during the asylum-seeking process. A person could be fleeing their country because of the persecution of a certain political party. But “an immigration officer who’s never had an individual come to them from that country is not going to recognize that political party’s name,” Kiley-Bergen said.

“So we have to supplement and define what that is. There’s a constant tension between keeping somebody’s context and doing that justice, while also making it legible in the American system.”

To do the complex and multifaceted job of translation, Bates students must understand their own perspectives and privileges.

It’s a requirement of the job — they have to not only speak fluent French, but also have a level of cultural competence to understand where ILAP clients were coming from and their own position and limitations as translators. Translators draw from their own cultural backgrounds, study-abroad experiences, or both.

The academic field of translation also proves helpful. Wheeler, Kiley-Bergen, and Weeks used the work of translation theorist Lawrence Svenuti to understand how their work as legal translators differs from literary translation. 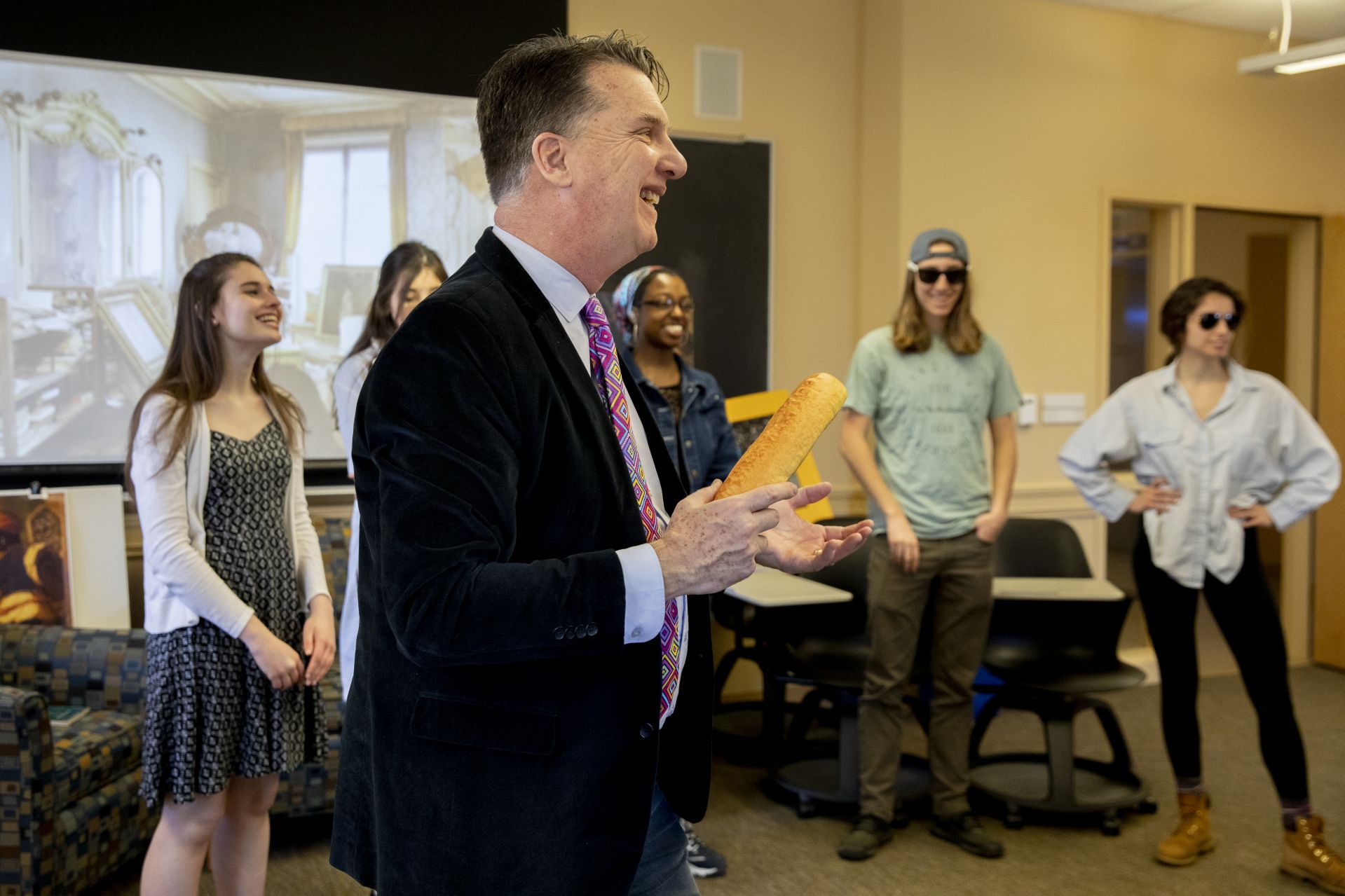 Professor of French and Francophone Studies Kirk Read speaks to students in his oral French class as they prepare to perform a play about a young Algerian woman. The French curriculum’s focus on francophone Africa, plus numerous study-abroad opportunities, helps prepare students to be effective legal translators for refugees and asylum seekers from the continent. (Phyllis Graber Jensen/Bates College)

When translating a novel or poem, translators often focus more on the meaning of the text than the word-for-word translation. This often leads to “domestication” — in translating a French coming-of-age story for Americans, a translator might replace the name of a French department store with its American equivalent, to better convey the role of the store in teenage culture.

Legal translators, on the other hand, have to “foreignize” — keep the asylum seeker’s own cultural and political context front and center.

“Within an administrative context, it’s not our job to frame the story in a specific way or interpret the meaning behind the story,” Wheeler said. “That’s really for the asylum seeker or the legal help to do. We’re really just facilitating.”

Above all, ask questions

An asylum seeker’s words are only one part of an asylum application. Asylum seekers and their lawyers also use corroborating documents and country-specific research to make their case.

While Bates student translators are fluent in French, they are not professional translators — something everyone in the room knows and is willing to work around.

“My favorite technique is just asking clarifying questions constantly,” Weeks said. “If I don’t understand, I’ll ask questions, then I will explain what I asked to the lawyer. That way, we’re all on the same page, and we’re not imposing our own knowledge onto their story.”

Asking questions means “putting our pride aside,” Wheeler added. “It’s so much better for everyone in the room to be frustrated” — by the stop-and-start nature of a meeting — “than me glossing over something that could have potentially played an important role in their case.”

Though translators have to be neutral, asking questions is also a way to express empathy and respect.

“When they see that you’re being attentive and you’re making sure you’re checking in with them, that gives them tremendous comfort,” Kiley-Bergen said.