Writing @ Bates on the Road – Getting There and Setting Up

We’re doing something a little different here.  Eric Dyer, who works full time as the Administrative Coordinator for Writing @ Bates, is also serving as a Course Coordinator for The Buddhist Himalaya, a Short Term course taking place off campus, in Ladakh, a Himalayan region of India.  In this role, while Professor Melnick teaches about Buddhism as it exists in Ladakh, Eric will be ensuring that the class is able to get where they need to be, that they are fed, housed and comfortable, and that they experience an appropriate minimum of sunburn, culture shock and gastric distress.  He will also be writing about the class’ experience doing academic work outside the physical confines of the academy.  In order to meaningfully organize the presentation, we’ll break this up into three updates, tentatively titled “Getting There and Setting Up,” “Starting to do the Work,” and “Putting it all together.”

Whew.  Big travel the last few days, with lots to remember.  So much time spent talking through logistics, housekeeping and general travel anxieties, getting ready for it all to happen, and then, all of a sudden, it happens!  I tend to think of our students as supernaturally adept creatures, and it’s humbling to work where we’ll be going well beyond their comfort zones, and to facilitate their successful navigation of these waters.

We started off with a full day of pre-trip meetings, last minute supply runs, and mentally preparing to embark.  So far, in the morning, everything felt like business as usual.  Just meeting with some students about the requirements for a somewhat unconventional course. In the afternoon, checking that everyone has the bare necessities, double-checking everyone’s passport and visa (funny story about why we do that), and speaking to cultural best practices and high-altitude acclimatization, it starts to feel a bit more like we’re about to do something a little bit crazy.  A combination of excitement and wonder that we’re about to make this strange journey, and anxiety that this venture will prove to be entirely foolhardy, wondering who in the world approved, or even proposed, this reckless venture?!?

Then, Tuesday.  A morning of quick procedural meetings with campus administration, a couple of hours to tie up loose ends and say our goodbyes, and we’re off!  Shuttle van picks us up on campus at 2PM, and the next day and a half are a blur.  Boston, 8 hours to Munich, 8 hours to Delhi, a 4-hour rest in the airport hotel, 2-hour flight to Leh.  Somehow, it’s Thursday morning, we just experienced the most breathtaking sunrise flight over the Himalayan range, we’re on both the other side of the world and the verge of collapse, the air is crisp and thin, the sunlight dazzling, and there is a van waiting to take us and (almost) all our luggage to our accommodations for upcoming week. 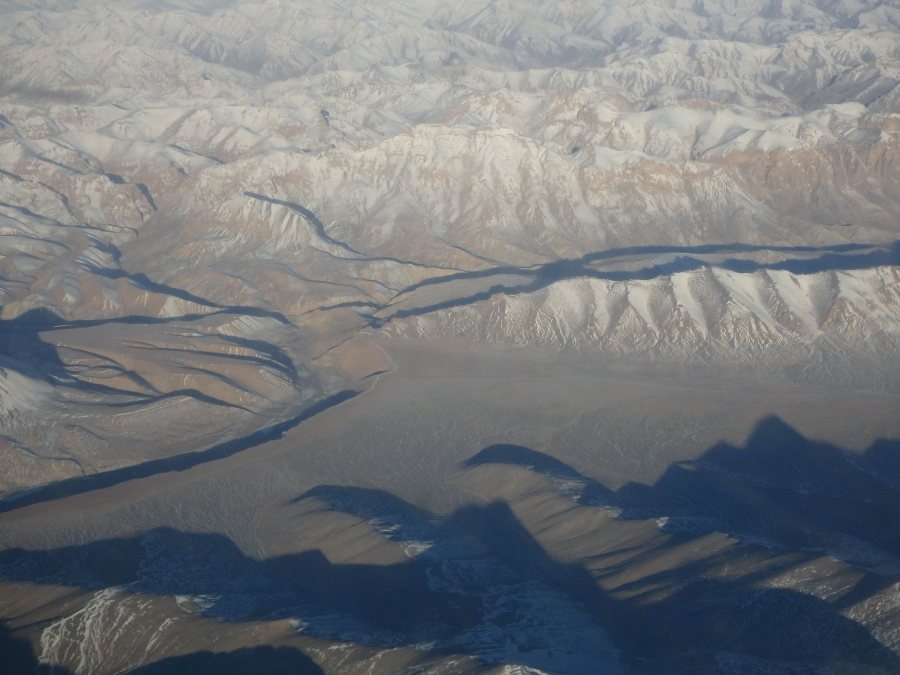 18 hours in flight and 10 hours of jet lag takes the pep out of anybody’s step; Thursday was entirely devoted to sleep and food.  Friday was still a light day, but with a little more structure.  We were introduced to our classroom, a borrowed traditional Ladakhi kitchen/dining room, had a discussion of fundamental Buddhist philosophy with a high-ranking monk, explored centuries-old Leh Palace, sitting above the city, the nearby fort, Namgyal Tsemo, and then toured Leh’s primary marketplace.  It seems as though we are becoming used to our surroundings. 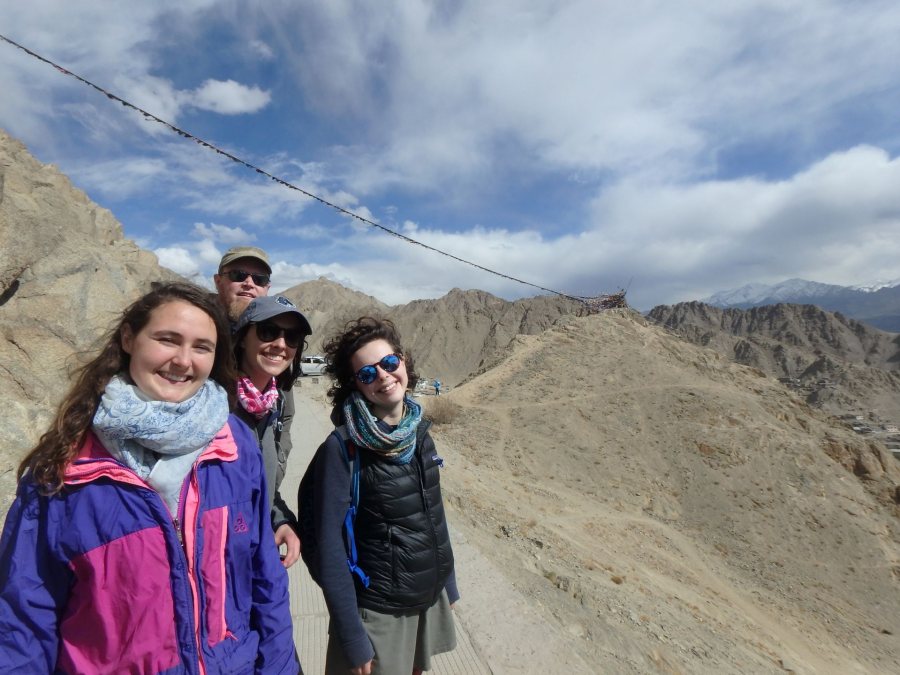 Nevertheless, here we are.  We have our classroom and some notion of what we’ll be studying.  We’re housed and fed, and know how to find a thing or two in town.  We are here.  More soon. 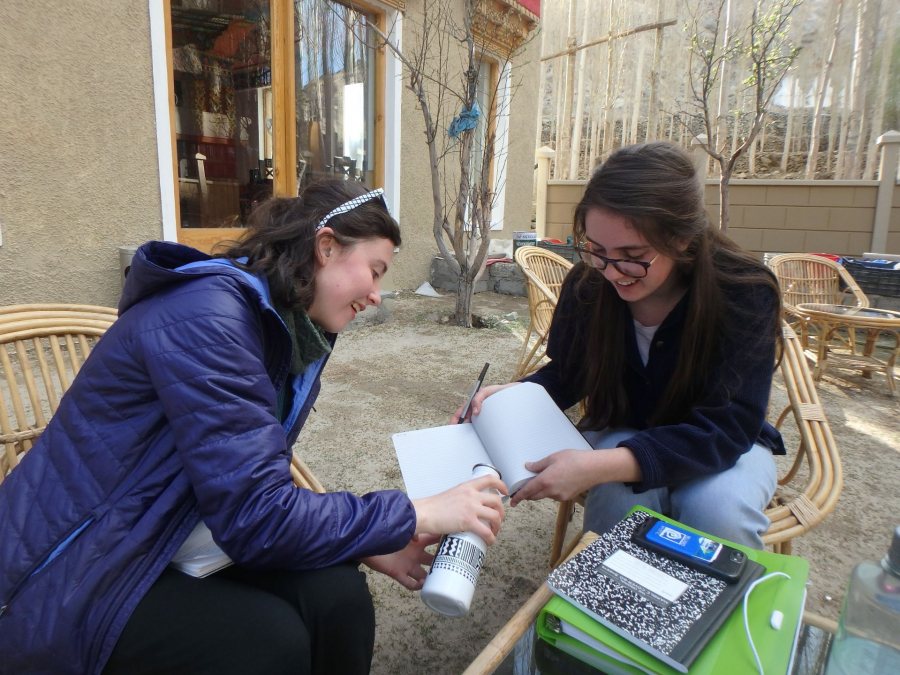