From Mulch to Motor

It wasn’t mere nostalgia. That Bates bio thesis was the first step in Lynd’s long pursuit of a grail not holy, but green. His $100,000 Lemelson-MIT Sustainability Award shows just how near that goal he is. Lee Lynd '79, photographed at the Lebanon, N.H., research office of Mascoma Corp., is helping to lead the startup in the race to produce cellulosic ethanol on a commercial scale.

Lynd, who teaches at Dartmouth’s Thayer School of Engineering, is seeking a way to make ethanol on the cheap. He’s not interested in sourcing it from food crops like corn or sugarcane, an approach increasingly seen as problematic. To meet America’s abundant need for nonpetroleum vehicle fuel, Lynd believes, you need an abundant source: that commonest of plant materials, cellulose.

What distinguishes Lynd among researchers in cellulosic ethanol (CE) is that he leaves his lab frequently to champion CE’s potential benefits to government, agriculture, and other stakeholders. “He’s one of two or three people in the country who have played a leading role both in setting out a vision and then actually helping to provide some key parts of the technology,” says fellow CE researcher Bruce Dale, a professor at Michigan State.

In the lab, Lynd and his research partners have put a distinctive twist on a conventional method of deriving ethanol from cellulose. Typically, this process uses enzymes to break the cellulose into sugars. Then microbes ferment the sugars into ethanol (similar to yeast turning grapes into that tasty ethanol beverage called wine).

But Lynd believes that a single microorganism species can be genetically engineered to do it all — in simplest terms, to eat cellulose and produce ethanol. This process, called consolidated bioprocessing, or CBP, has been in his sights since his Bates days.

Eliminating the need for costly enzymes is what sets consolidated bioprocessing apart from the field, he says, and “would be a transformative breakthrough from an economic point of view.” With much of the science for CBP in place, Lynd’s current focus is on biotechnology to develop microorganisms (including Clostridium thermocellum, the bacterial star of his senior thesis).

If making cheap CE is a tough knot, the payoff is worth it. In what became a sort of personal mission statement, Lynd’s 1979 Bates thesis stated, “Of renewable products of photosynthesis, cellulose has the greatest potential [as a fuel source] since it is the most abundant organic compound in the world, requires little nonsolar energy to produce, and is inedible,” thus protecting food crops from energy demands.

Another tantalizing potential dividend from biofuel is a sustainable carbon cycle, where the entire process — from plants using carbon dioxide to grow, to plants being used to produce energy that releases carbon dioxide — is carbon-neutral. Realizing this ideal depends on the amount of energy used to grow the biomass, and the fuel source used for processing.

Lynd’s parents, Staughton and Alice Lynd, are well-known for decades of social justice work — Staughton even sacrificed a Yale teaching post to his antiwar activities in the 1960s — and Lee likely learned important lessons about changing the world early on. His passion for biofuels has taken him from the White House to Congress to the media to major environmental organizations.

For instance, Lynd was instrumental to the multi-institution research effort that culminated in the Natural Resources Defense Council’s influential 2004 report, Growing Energy: How Biofuels Can Help End America’s Oil Dependence. The research project and report not only spelled out the potential for CE and other biomass-derived energy, but opened a needed dialogue with the environmental community.

Nowadays, along with his Dartmouth commitments, Lynd leads biomass conversion research at a new U.S. Department of Energy–funded biofuels center at Oak Ridge National Laboratory. He’s also chief scientific officer and co-founder of the for-profit Mascoma Corp., one of several startups with CE facilities planned or under construction.

In short, Lynd says, while most academics develop an area of expertise and then look for places to apply it, he chose cellulosic ethanol as his application — at Bates — and has spent a career “looking for tools to bring to it.”

With an upbringing that included so-called free schooling in the 1960s and ’70s, Lynd describes himself as “a victim or beneficiary” of alternative education. Coming to Bates at age 17 with some conspicuous gaps in his training, Lynd says that the College “was able to receive me where I was and move me forward.”

One mover was biology professor and Lynd thesis advisor Andrew Balber. Lynd calls Balber “flat out the best professor I’ve ever had,” because of his skill at leading students to learn through discovery.

Working on a farm one summer, Lynd was impressed by the amount of heat that compost produces. From there he arrived at a thesis topic highly relevant to a green-thinking person in the energy-anxious 1970s: Could microbes mass-produce ethanol

The thesis was a mixed success, as Lynd couldn’t get the cellulose-eating bacterium Clostridium thermocellum to grow properly. But the fellow student who illustrated Lynd’s CE production concept, Betsy Rybeck ’79, became his wife; one of their children, Noah, is a first-year at Bates. And careerwise, of course, the hook was set. Through his subsequent education at the University of Wisconsin and Dartmouth, Lynd had his goal in sight.

“He was one of those students who had his own clear idea of what he wanted to do,” says biology professor Bob Thomas. “I’m not surprised he followed up with cellulosic ethanol.”

While today’s corn-ethanol industry took root in the 1970s, there was little mainstream interest in fuel alternatives like CE for years thereafter. In 1991, Lynd, Dartmouth (and now Mascoma) colleague Charles Wyman, and two other authors laid the groundwork for alternative ethanol sources with the Science article “Fuel Ethanol from Cellulosic Biomass.”

That piece occasioned “the first time that many in the science community had ever taken cellulosic ethanol seriously,” says Michigan State’s Bruce Dale. “It was very compelling.”

More recently, concerns about U.S. dependency on foreign oil and greenhouse gas emissions, along with the realization that corn ethanol creates its own problems (such as higher food prices worldwide), have sharpened interest in CE.

Lynd is gratified that the need and potential for CE are finally being recognized. But as someone who always keeps an eye on the big picture, he sees CE as just part of the fix for our environmental woes.

“It seems to me that when, in a few hundred years, people look back on our time, one of the very key things that they will judge us on is how well we did or did not deal with that transition,” Lynd says. “So I can’t think of anything more important to devote my professional life to.” 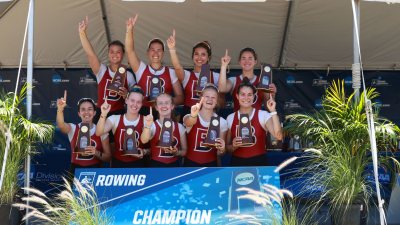 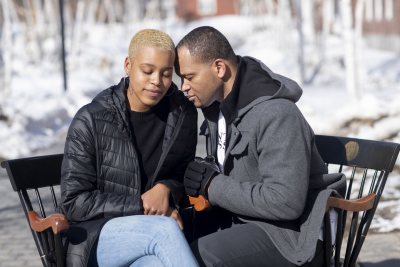 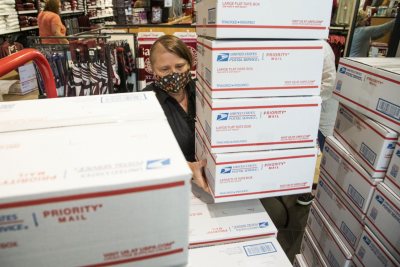