With alums as guide and host, the Bates Fishing Club angles in the Maine North Woods

From the sky, a cold rain. In the pond, ambivalent fish.

Even so, the weekend trip last May to West Branch Pond, about 120 miles north of Bates in Maine’s North Woods, sent happy ripples through eight members of the Bates Fishing Club. Credit the pristine surroundings and a Bates vibe that resonated all weekend.

Whatever Maine is throwing at you, the natural beauty still can hold a trip together,” says trip leader Andrew Wilkie ’02, a Maine Guide who runs Water’s Edge Guide Service. The weather was rotten at first, but they were out of bed at 5:30, before breakfast, and stayed on water all day. They stuck with it.

The fishing and weather finally improved, and the anglers caught 50 or so brook trout (native to the pond, not stocked). “It’s fun to see the passion of a bunch of amateurs. They were like a bunch of gleeful 10-year-olds,” says Wilkie, who served as club president as a student. Except for a few fish cooked for breakfast one morning, all were released. “It’s an ethic the club abides by,” he says. 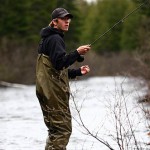 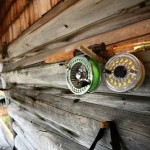 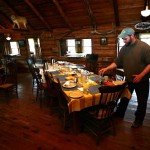 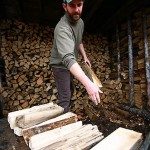 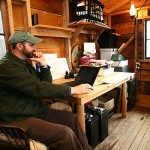 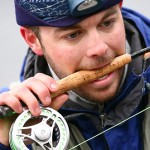 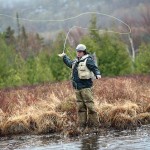 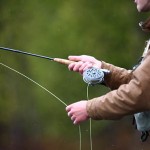 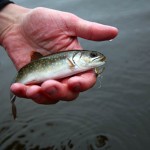 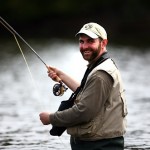 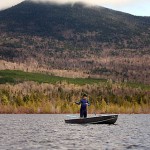 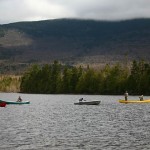 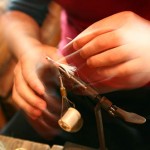 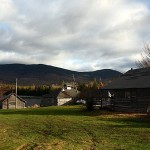 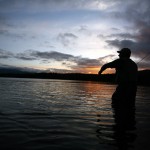 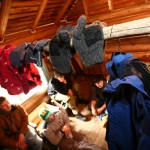 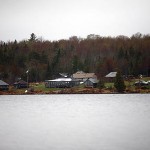