SERVICE BY THE BAY — The third annual National Day of Service contributes 2,260 hours

That container crane looming in the background of the photo below? It’s useful, industrially speaking, if not pleasing to the eye. And those garland daisies that add an agreeable splash of color on an overcast day in San Francisco? They’re useless and invasive, environmentally speaking.

Such were the visual contradictions that greeted 32 alumni and parents who participated at the San Francisco site of the College’s third annual National Day of Service, on April 21. The Bates team in San Francisco joined Golden Gate Audubon Society volunteers in an ongoing project to reclaim five wetland acres near Pier 94 on the city’s southern waterfront. Since 2002, volunteers have removed more than half a ton of scrap metal, several truckloads of star thistle (another invasive plant), and hundreds of tires. Restoration efforts have attracted sandpipers, herons, terns, snowy egrets, willets, killdeer, and American avocets.

Aliza Luft ’06, a Ph.D. student in human development and education at Berkeley, joined in. Involved in service-learning at Bates, she reveled in the day’s spirit. “I felt proud to be a part of a school that cares to reunite not only for parties and catching up — which, of course, is always great! — but also to do something wonderful for the world.” 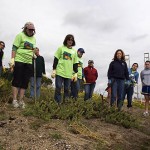 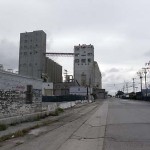 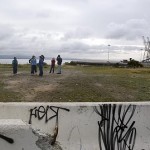 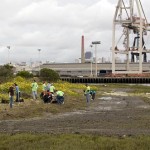 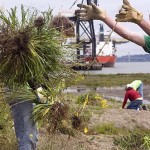 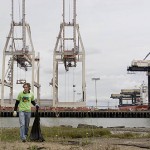 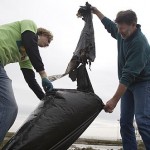 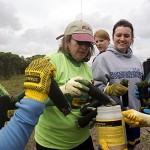 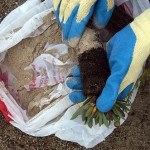 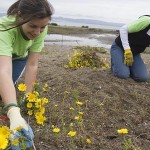 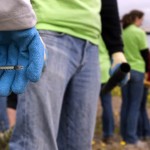 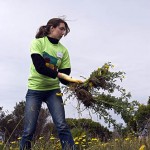 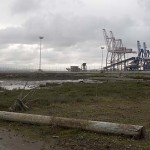 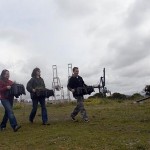 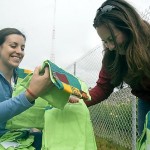 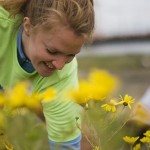 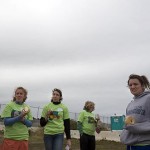