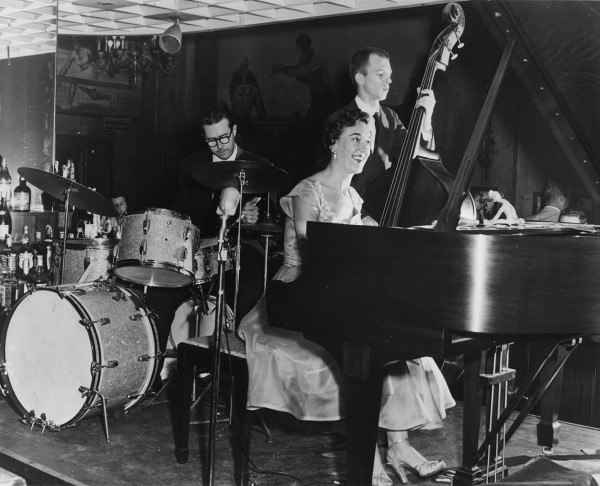 Marian McPartland, center, flanked by drummer Joe Morello and bassist Bill Crow. McPartland is portrayed in a Bates screening of the documentary “In Good Time.” (Courtesy of Films by Huey)

The Museum of Art exhibition Convergence: Jazz, Films and the Visual Arts expands in autumn 2014 with films, panels and lectures beginning with a talk by the founder of Columbia University’s Center for Jazz Studies at 6 p.m. Friday, Sept. 5, in Room 104 of the Olin Arts Center, 75 Russell St.

The talk by Robert O’Meally, who is also a former director of the Center for Jazz Studies and serves as the Zora Neale Professor of English and Comparative Literature at Columbia, is titled Looking at the Music: Jazz and the Visual Arts. A panel discussion and an additional lecture take place on Oct. 1 and 27 (information below).

Events related to Convergence, as well as admission to the exhibition itself, are open to the public at no cost. An important exhibition of art exploring jazz and African American culture, Convergence is on display at Bates through Dec. 13. Learn more at bates.edu/news/2014/06/04/convergence/.

The Convergence film series begins with In Good Time, The Piano Jazz of Marian McPartland at 7:30 p.m. Monday, Sept. 15, in Olin 104. This piece by renowned Maine filmmaker Huey documents the life of the legendary McPartland through interviews and performances. A composer and radio host as well as pianist, McPartland arrived in America in 1948 and established herself as a leading figure in the male-dominated jazz world. 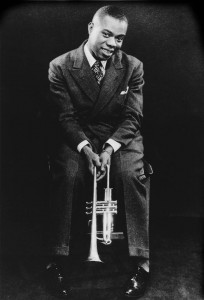 The Convergence exhibition resulted from a partnership between the David C. Driskell Center for the Study of the Visual Arts and Culture of African Americans and the African Diaspora at the University of Maryland, and the American Jazz Museum in Kansas City. Three leading authorities on the arts surrounding the jazz movement, all connected with the Driskell Center, discuss the exhibition at 6 p.m. Wednesday, Oct. 1, in Olin 104.

The speaker series concludes with Jazz Under the Lens, a lecture and screening relating to an important collection of jazz films assembled by the late John Baker, an Ohio lawyer, at 7:30 p.m. Monday, Oct. 27, in Olin 104. The speaker is Gregory Carroll, chief executive officer of the American Jazz Museum in Kansas City, Mo., which now holds the John H. Baker Jazz Film Collection.

The screening will include historic Soundies, short musical films from the 1940s that anticipated modern music videos.