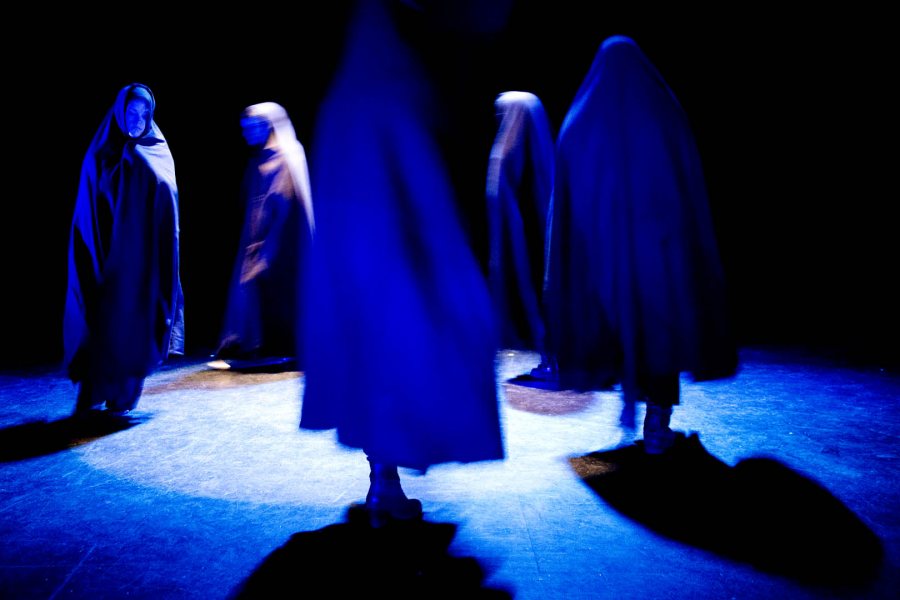 Bates College offers a performance of The Poets and the Assassin, a play by Reza Jalali exploring the lives of women in Iran, at 5 p.m. Friday, March 6, in Gannett Theater, Pettigrew Hall, 305 College St.

Co-sponsored by the theater and dance department and the Office of Intercultural Education at Bates, the performance is open to the public at no cost, but tickets are required. Please visit www.batestickets.com or call 207-786-6161.

The Bates production is performed by five students and directed by Katalin Vecsey, senior lecturer in theater and vocal director for Bates theatrical productions. A Q&A session follows the performance.

The Poets and the Assassin uses five monologues to unveil the strengths and struggles of women in Iran as they strive to define their own identities within the strictures of that deeply conservative society.

“Although women in Iran have historically been in the forefront of the national struggle for liberation, democracy and human rights, and are among the most educated and progressive women in the Middle East, their stories of courage, resistance and survival — as well as the strength and character of the century-old women’s movement in Iran — are unknown to most in the West,” Jalali writes in an introduction to the play.

“Iranian women live contradictory and complex lives in an intensely traditional and patriarchal society,” he continues. “Their search for identity in a society that is ambiguous about the public role of its women speaks to their refusal to conform to subjugation in the name of tradition, culture and religion.”

The Poets and the Assassin, he says, “unveils the complex and contradictory plight of Iranian women caught in the battle between traditionalism and modernity, while challenging our assumptions about women in Iran and Islam.”

A Kurd from Iran, Jalali is a Muslim scholar, writer and educator who has taught at Bangor Theological Seminary and the University of Southern Maine, and who coordinates USM’s Office of Multicultural Student Affairs. His books include New Mainers (Tilbury House, 2009), Moon Watchers (Tilbury, 2010), and the self-published Homesick Mosque and Other Stories (2013).