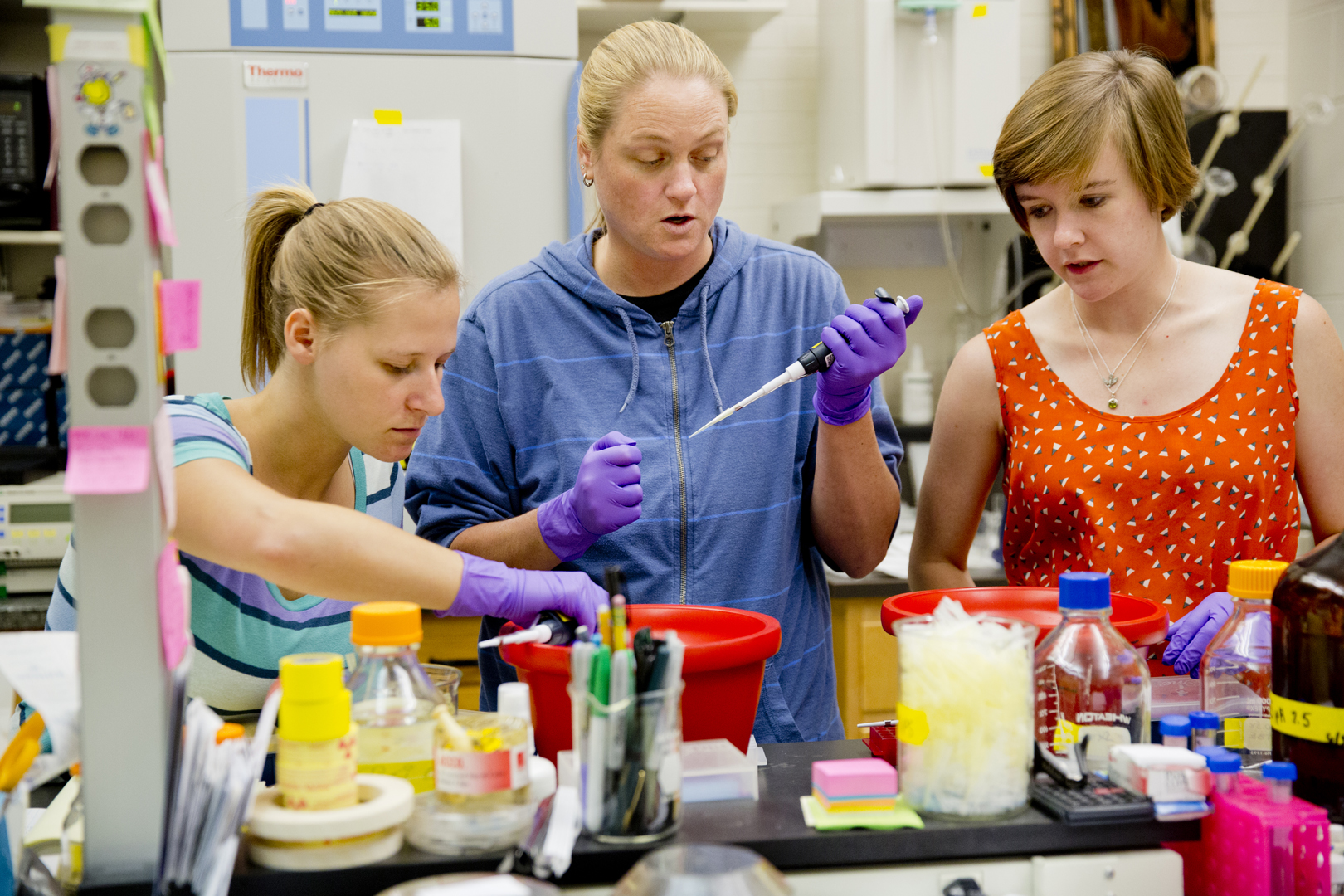 Lyme disease is just awful. In addition to being transmitted by disgusting blood sucking ticks, the disease signals its arrival with spreading, bullseye rashes.

It often culminates in joint pain, headaches and other debilitating symptoms, and upwards of one person in five develops long-term symptoms, including chronic pain, vision problems and heart complications.

The three-year, $345,750 grant from the National Institutes of Health will also support research opportunities for Bates students.

But from a scientific perspective, Lyme disease is fascinating, as Bates chemistry professor Paula Schlax explains. The bacteria that causes it, Borrelia burgdorferi, is unlike any other organism she’s ever studied. “It has features and characteristics that are unlike most other bacteria,” Schlax says.

“It doesn’t require iron to live, and it may be the only organism for which that’s true,” she adds. “Most bacteria have circular chromosomes, a big loop of DNA, but this has DNA that’s linear. We have very little information about how genes get turned on and turned off in this organism.” 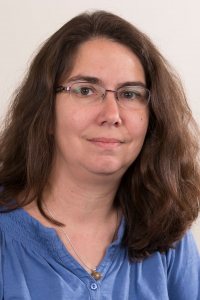 Paula Schlax is a professor of chemistry.

Schlax’s study of Borrelia, its genes and the “switches” that control them, has earned her a three-year, $345,750 grant from the National Institutes of Health — funding that will also support research opportunities for Bates students.

The goal is to better understand how these switches work when the bacteria moves from a tick into a mammal, and from a mammal into a tick.

Although antibiotics often succeed in treating the disease, more than half of Maine’s counties are at high risk for Lyme disease, which is spread by deer ticks.

Every year, roughly 30,000 Americans are confirmed as having been infected with the Borrelia bacteria. But because Lyme disease is often not reported or diagnosed, the actual number of infections could be 10 times higher than that, according to the Centers for Disease Control.

“I had a couple friends in college whose mothers got Lyme disease and they both had very, very serious complications from it,” Schlax said. “So it’s always been in the back of my head that this can be really horrible for people.”

Schlax started working with Borrelia when she received funding through Maine INBRE (IDeA Network of Biomedical Research Excellence) in 2009. The Maine INBRE award allowed her to focus on understanding gene regulation in Borrelia.

The infection that causes Lyme disease is activated in the bacteria when it moves from tick to mammal. Understanding how those switches occur — or better yet, figuring out how to stop or alter them — could yield new treatments for Lyme disease, Schlax says.

“The more we understand that, the more likely it is that someone else can use that information when thinking about ways to alter that transmission to make [the bacteria] less effective,” she says.

Schlax’s research examines how the shape of an RNA molecule influences its ability to interact with other molecules in the bacterial cell. In her lab in Dana Chemistry Hall, she and her students will use the grant to monitor how fast Borrelia RNA gets broken down by enzymes called ribonucleases, important information to know when studying how to inhibit the bacteria.

“We’re interested in interactions that are responsible for enzymes that chew up the RNA into little nucleotide pieces,” Schlax says. “How does that work?”

“It’s always been in the back of my head that (Lyme disease) can be really horrible for people.”

Using living cells, Schlax and her students add antibiotics to stop Borrelia from making new RNA. Then, at various intervals, they measure how much RNA has been broken down by the ribonucleases in host cells.

“Sometimes how tight [the proteins] bind is what matters, and other times it’s who binds first,” Schlax says. “I’m interested in switches that work by both of those mechanisms.”

The NIH grant will allow Schlax to hire a lab technician as well as fund paid summer research opportunities for as many as nine students over the life of the grant. In addition, three thesis students are currently working with Schlax on related research.

Students “will be measuring the protein levels, RNAs, they’ll be making synthetic pieces of RNA to see what the ideal piece of RNA to be cut is,” Schlax says. “They’ll be doing everything that’s in the grant. It’s truly collaborative with them.”

Schlax has taught at Bates since 1998, and was promoted to full professor in August. She graduated from Clarkson University in 1989, and obtained a doctorate from the University of Wisconsin in 1994.