The latest compilation of Fulbright awards by U.S. colleges and universities was announced by the U.S. Department of State on Feb. 21 and appears in The Chronicle of Higher Education. Bates is listed among bachelors institutions.

With 13 Fulbright U.S. Student awards in 2016-17, Bates is ranked fifth in the U.S. among undergraduate institutions by the Chronicle of Higher Education.

“It is gratifying to see so many Bates students and recent alumni earning Fulbright U.S. Student awards and similar international fellowships,” said Matthew Auer, vice president for academic affairs and dean of the faculty.

Bates announced its 2016–17 cohort of Fulbright award winners last May. Of the 15 Bates seniors and young alumni who were offered awards last year, 13 ultimately accepted fellowships.

“Inside and outside the classroom, on campus and in Lewiston, Bates students develop the habits of working effectively with communities,” says Strong. Then, “during study-abroad programs and in their various internships they learn just how effective these habits are in the world.”

The result, he says, is that “as seniors they are capable of crafting fairly advanced and focused research agendas and goals for their senior theses and graduate fellowship applications.” 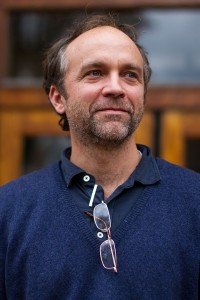 Robert Strong is director of national fellowships and a lecturer in English. (Sarah Crosby/Bates College)

That’s the trajectory she experienced, says Fulbright alumna Nora Hanagan ’13, who spent a post-graduation year in Turkey on a Fulbright English Teaching Assistantship.

“I truly believe that Bates professors and staff are dedicated to making sure each student realizes the emancipating potential of a liberal arts education,” says Hanagan, paraphrasing the college’s mission statement.

A politics major and education minor, she had worked in Lewiston with Somali children in an English Language Learners course as part of her education studies.

“I was proactive about a lot of things at Bates,” says Hanagan, who earned NESCAC All-Academic honors as a middle-distance runner and served as a Bates Career Development Center fellow.

“What’s amazing about Bates is that the school reciprocates with the same level of proactive engagement with each student. The Fulbright grant application process was no exception.”

After four years of intense academic work, Hanagan views her Fulbright year “as the practical application of my Bates degree,” she says.

For her honors thesis, she examined “Turkey’s Gender Equality Puzzle: Navigating the difference between policy and practice.” The experience told her that “for certain, there was a whole lot more about the country, its politics, and its people that I would never understand without experiencing it first-hand.” 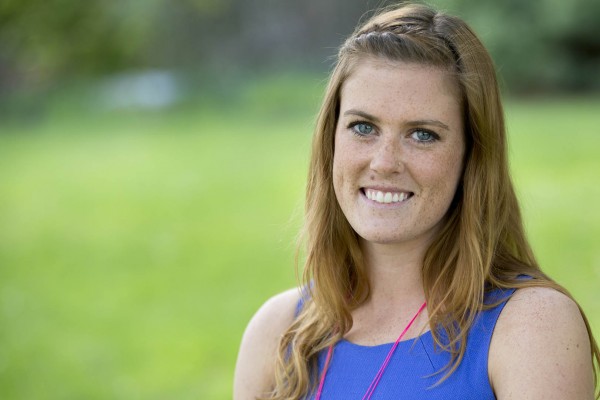 During her Fulbright year, practical applications came in various ways, like discussing gender equity with her English-language students at a Turkish medical school. They insisted that in Turkey, considered more progressive than some Muslim-majority countries, “gender equity had been fully realized, despite the fact that their class of first-year medical students only included four females.”

Those discussions were “a great language exercise,” she says. More than that, and even when her students were “frustrated with my persistence, I think they also started to respect the transformative power of our differences.”

Hanagan is now a senior account executive with the software developer Hubspot. Reflecting on her Fulbright experience in Turkey, she says that it continues to “inform my ability to empathize with others, to be intellectually curious, and to stay engaged with the wider world.”