They edited The Bates Student and led the debate team. They taught, discovered, wrote, organized, and advocated. They spoke out against racism at home and discrimination and secrecy around the world.

During Black History Month, we shared on Bates social media channels the stories of six African American alumni from Bates’ past — famous firsts, national leaders, and unsung figures whose lives and legacies, of course, reverberate beyond February. 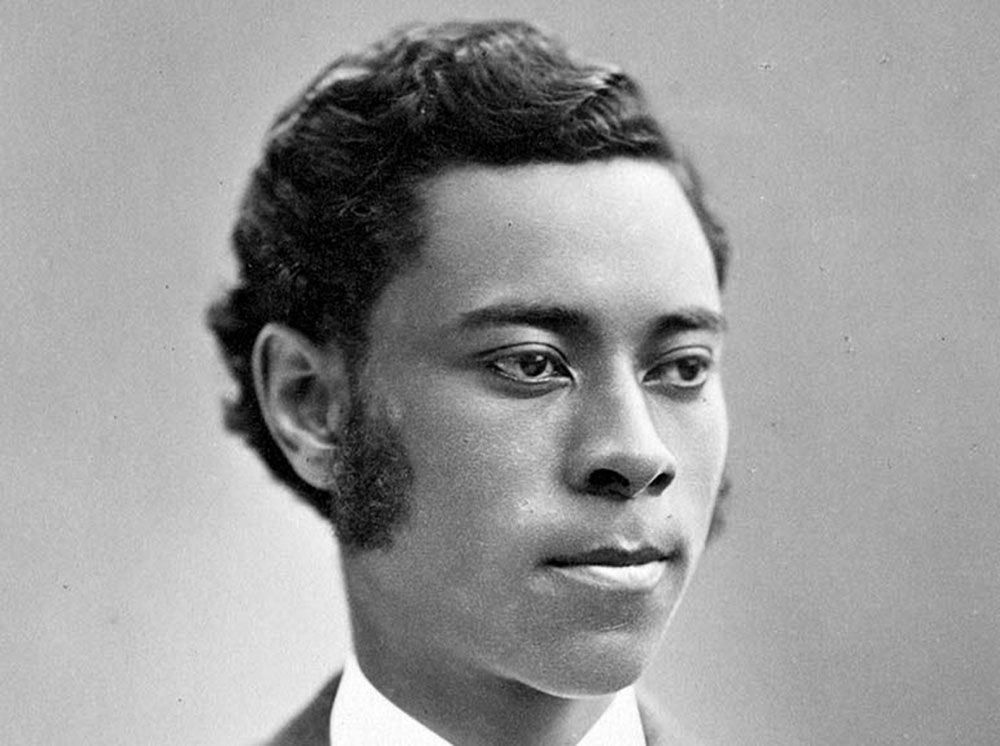 After college, he earned a law degree from Howard University, then practiced law in Florida; he also edited The Ocala Republican and The Plain Dealer newspapers. In 1880, Chandler was elected to the Florida state senate and held office for two terms. 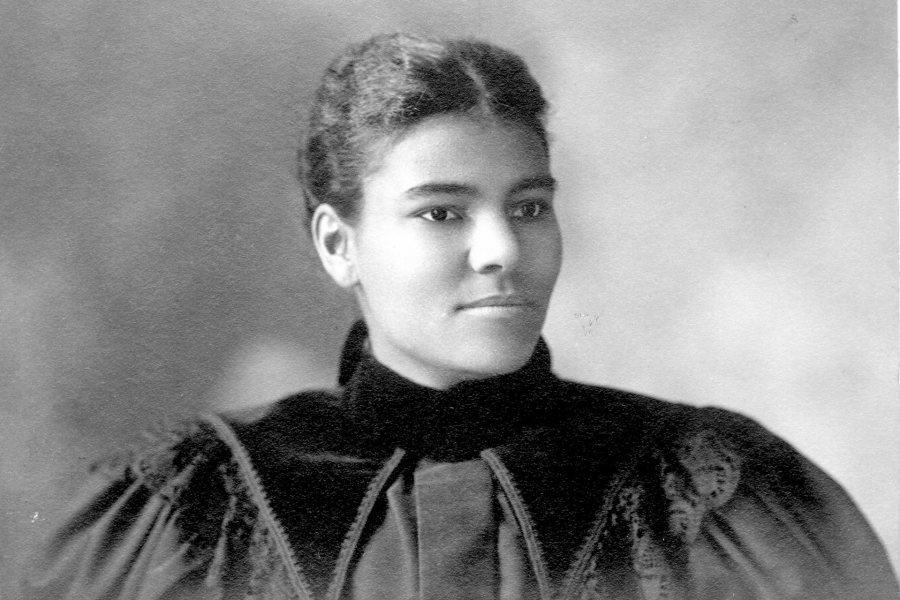 Stella James, Class of 1897, was the first African American woman to graduate from Bates. (Muskie Archives and Special Collections Library)

In 1897, Stella James became the first African American woman to graduate from Bates.

Born in Washington, D.C., she graduated from the historically black Storer School (later Storer College), an institution founded with the help of Bates founder Oren Cheney.

At Bates, she wrote for the school newspaper and, at graduation, earned second honor in physics (students did not major in subjects as we know it today).

After her graduation, she taught science and physics at Storer, Virginia Seminary, and Bluefield State College. She was a member of the National Society for Black Physicists. 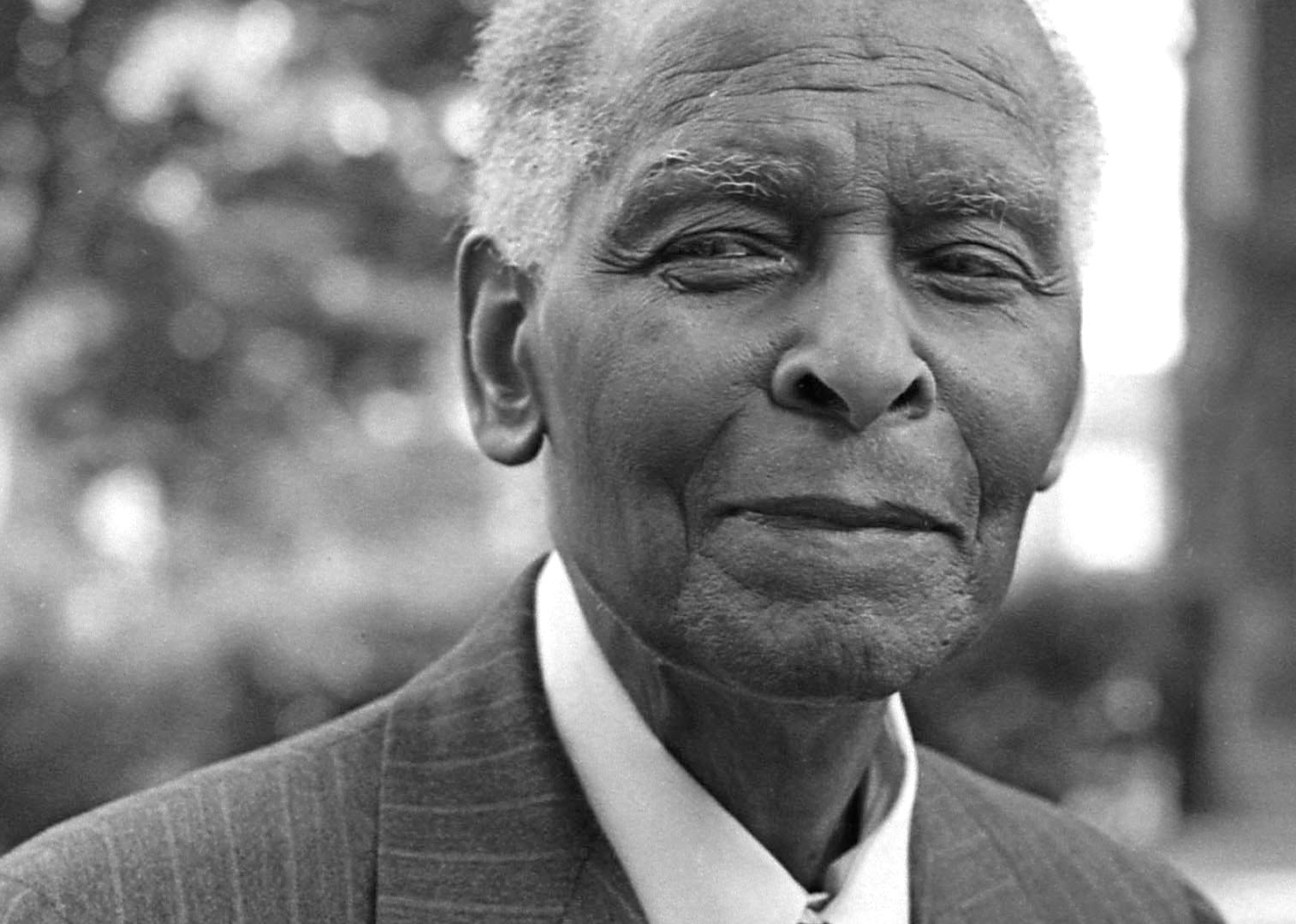 Benjamin Mays, Class of 1920, photographed in 1980 when he returned to Bates for his 60th Reunion. (Jim Daniels for Bates College)

A giant of the civil rights movement in the U.S., Benjamin E. Mays was known as “the schoolmaster of the movement” for teaching and inspiring a generation of civil rights leaders, including Martin Luther King Jr., who called Mays “my spiritual mentor and my intellectual father.”

Mays’ statement that Bates  made it “possible for me to emancipate myself, to accept with dignity my own worth as a free man,” was incorporated into the Bates mission statement.

In November 2017, his hometown community in Greenwood County, S.C., erected a statue of Mays. 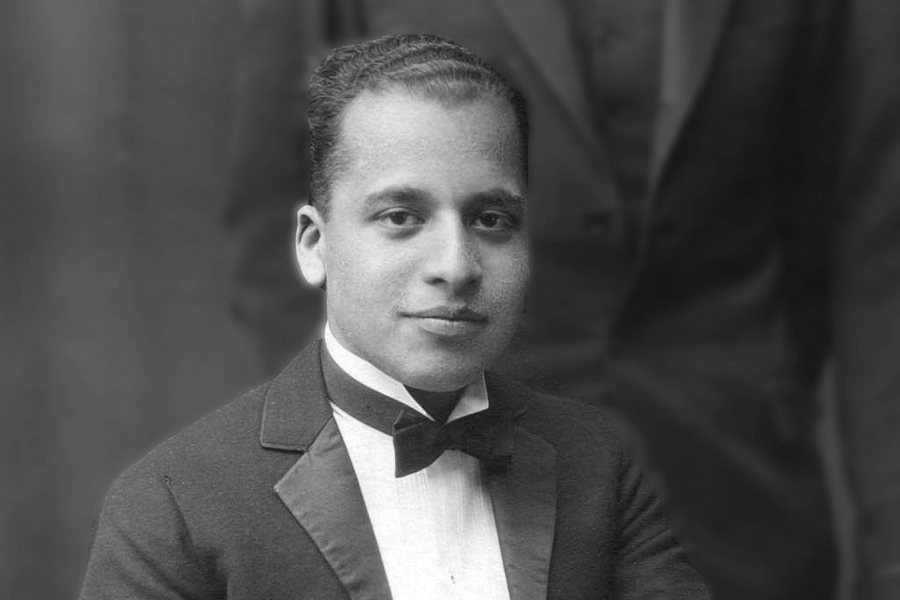 Journalist, intellectual, and political organizer John Preston Davis made his name in the Harlem Renaissance and emerged as a powerful voice challenging racist federal programs during the Depression.

At Bates, he was a formidable debater, yet was denied membership in Delta Sigma Rho, a national honorary debating fraternity, because he was black. Bates fought this racist policy but was unsuccessful until DSR changed its exclusionary policy years later.

After graduation, Davis succeeded W.E.B. Du Bois as the literary editor of The Crisis. Working with such Harlem Renaissance authors as Zora Neale Hurston and Langston Hughes, among others, he produced Fire!!, a magazine devoted to young African American artists.

He earned a law degree from Harvard, and in 1935 co-founded the influential National Negro Congress, a major civil rights coalition that was active in the late 1930s and 1940s. Under Davis, the NNC exposed “prejudicial assumptions that underlay many of the ostensibly liberal New Deal reforms,” according to Bates history professor Hilmar Jensen.

Davis’ work with NNC “directly inspired” the next generation of civil rights leaders to found organizations such as the Congress of Racial Equality and the Student Nonviolent Coordinating Committee.

In 1946, Davis was the founding editor and publisher of Our World magazine; in popularity, it was second only to Ebony in the black community. 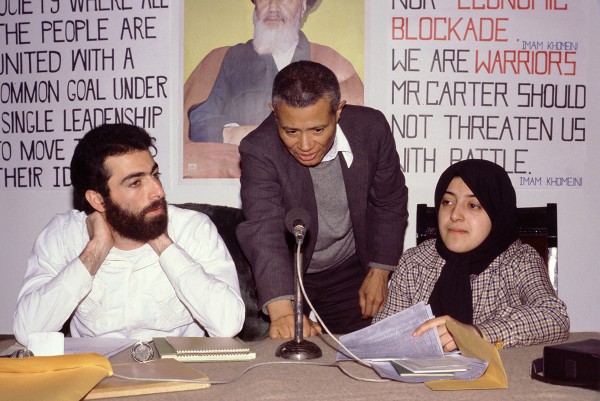 Reporting from Iran in 1980, William Worthy ’42 sets up a press conference in a Tehran hotel with spokespeople for Iranian students who held 52 U.S. hostages for 444 days. (Randy Goodman)

William Worthy ’42 was a fearless, globetrotting journalist who spent a career telling Americans “what’s going on in the world in their name.”

He reported from some of the hardest places for Americans to get to during the Cold War, including the Soviet Union, China, and Cuba, as well as from post-revolutionary Iran, all the while being hounded by the U.S. State Department, the FBI, and the CIA, who tried to stop his reporting; he was also red-baited in the U.S. Senate.

At his death, The New York Times said that Worthy was a “reporter drawn to forbidden datelines.” 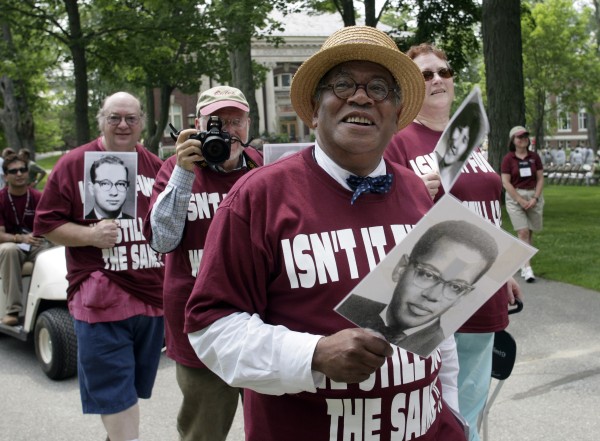 The Rev. Peter Gomes ’65 marches with the Class of 1965 during the 2005 Alumni Parade at Reunion. (Phyllis Graber Jensen/Bates College.)

In 1991, the Rev. Peter J. Gomes ’65 took to the steps of Widener Library at Harvard to declare that he was “a Christian who happens as well to be gay,” an act of coming-out in response to gay bashing on campus.

A prominent national figure considered one of America’s greatest preachers, Gomes was Harvard’s Pusey Minister of Memorial Church and, during the last 20 years of his life, a prolific author and religious voice who advocated for a more inclusive interpretation of the Bible.

In 2012, Bates named the college chapel in Gomes’ memory.

Devoted to Bates and to his classmates, Gomes received the college’s highest alumni honor, the Benjamin Mays Medal, and gave the Sesquicentennial address at Bates in 2005.