Now on our doorstep, the Class of 2022 ‘represents Bates College history’

A Bates celebration that kicked off in January, prompted by a record number of applications for admission, peaks on Monday when the 550 members of the Class of 2022 arrive on campus.

After morning move-in, a noontime picnic, and early afternoon information sessions for parents, the Class of 2022, whose members were selected from the largest applicant pool in Bates history, will gather with their families on the Historic Quad in front of Coram Library.

“This class represents Bates College history,” says Dean of Admission and Financial Aid Leigh Weisenburger, who, along with President Clayton Spencer, will formally welcome the new students and their families on Monday afternoon. “So that’s the moment I’m most anticipating: When we can, together and in person, celebrate their achievement as the most selective class in Bates admission history.

“I want them to know just how talented and diverse they are, and how deserving they are of their opportunity.” 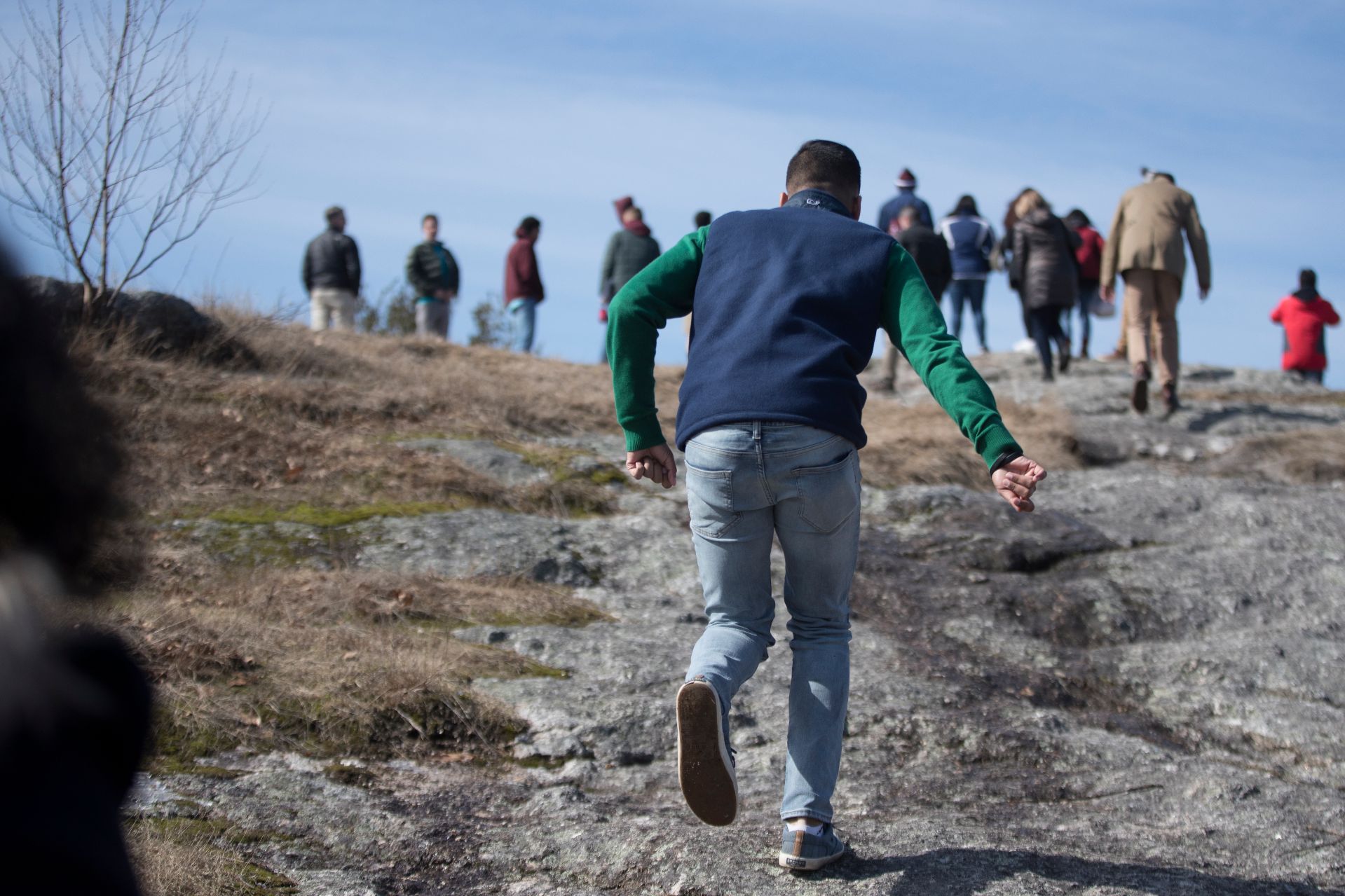 During an April reception to welcome newly admitted students to campus, a prospective member of the Class of 2022 joins other admitted students and their families for the short but steep hike up Mount David. (Phyllis Graber Jensen/Bates College)

In the admission field, the journey from prospective student to newly ensconced Bobcat is known as the funnel. In the digital age, the top of the admission funnel is larger than ever.

During the past admission season, Bates was able to reach some 5 million prospective students and families worldwide through stories and photography shared on Bates social media platforms and email; through traditional print publications and mail; and through face-to-face interactions around the world with Bates Admission staffers and Alumni in Admission volunteers.

+The 2018 Admission Season by the Numbers

Total admitted: 1,368
The percentage of students admitted is 17.8 percent, the lowest ever for Bates, meaning the most competitive.

Total class size: 550
One measure of a college’s desirability is its yield rate: the percentage of admitted students who accept an offer of admission. This year’s overall yield rate, including early- and regular-decision pools, is a historically strong 39 percent. The yield rate for regular decision only — i.e., among students who might have multiple, competing offers of admission — is 24.4 percent, a 2-point improvement over 2017.

These strategic and amplified efforts, combined with the college’s decision to eliminate the supplemental essay requirement, created the historic surge in interest: The record total of 7,685 applications is a 45 percent increase over last year’s 5,316 applications. (The previous high-water mark was 5,636 in 2014–15.)

For Weisenburger and her team, the huge influx posed an equally large question: Would the 2,300 additional applications be quality ones? Would they be, in marketing parlance, quality leads? 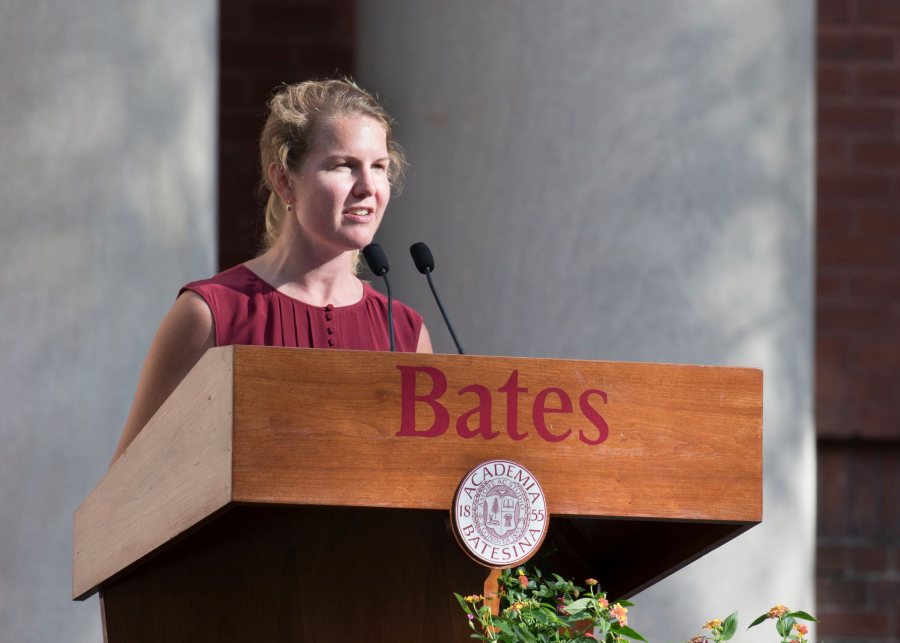 Dean of Admission and Financial Aid Leigh Weisenburger welcomes first-year parents and students on Opening Day for the Class of 2020 in 2016. (Phyllis Graber Jensen/Bates College)

“As an admission team, you ask the same questions each and every time you read an application. Does this person know Bates? Have they done their homework? Are they prepared for the rigors of the Bates classroom? Do they want a Bates education?”

As the Admission deans performed their usual close scrutiny of the thousands of applications, “over and over, the answer was ‘yes,’” Weisenburger says.

“The pool was historically strong academically. They had done their research: They knew Bates,” Weisenburger says. “It was a very self-selecting applicant pool, just as it always has been. The only difference was that it was 45 percent larger!”

“The numbers are dazzling, but the story is human.”

Additional proof of the pool’s quality came in the spring as students around the world, many with multiple offers of admission, made their final college decisions by the traditional May 1 deadline.

This year, that important “yield” rate — the percentage of students admitted by Bates who accepted the college’s offer — increased to 24.4 percent, up 2 points from last year. “The increase in the regular-decision yield is another indication of the college’s market strength,” Weisenburger says.

“The numbers are dazzling, but the story is human,” she adds. “Growing our applicant pool means lowering barriers to admission among talented students everywhere. It means attracting students whose talent and interest in Bates are commensurate with the excellence that Bates offers. It means, eventually, producing Bates alumni who champion the values that have defined Bates since its founding.”

Monday’s Opening Day kicks off a seven-day Orientation that comprises events intended to help new students get their Bates bearings. They’ll learn to navigate the campus, get a sense of student-facing programs and offices, and tour downtown Lewiston-Auburn.

+A Few Facts About Students in the Class of 2022

High school behind them, members of the Class of 2022 nevertheless arrive with examples of initiative, creativity, and academic promise. Like the student who: 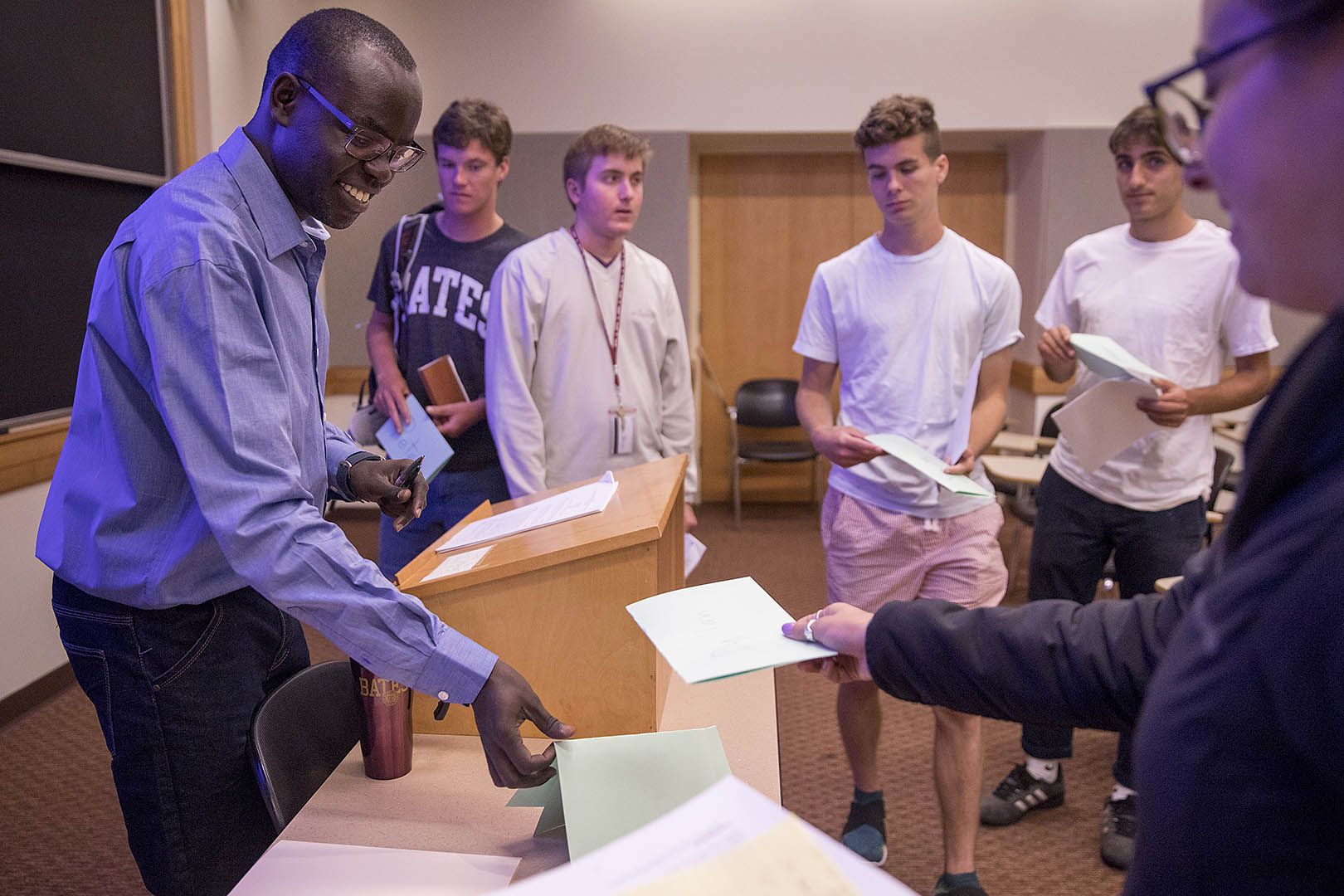 Last August during Orientation for the Class of 2021, Assistant Professor of History Patrick Otim collects hand-made nameplates following the first meeting of his First Year Seminar. “I know you are making the transition from high school to college,” Otim told the first-years. “The most important thing is to believe in yourself.” (Phyllis Graber Jensen/Bates College)

This year, the Common Reading selected for the class is Real American: A Memoir by Julie Lythcott-Haims. The new class will have several chances to dig into the themes of the book, including a Common Read Brunch on the morning before classes start and a book-focused debate offered by the famed Brooks Quimby Debate Council. The book will also figure in the college’s annual Martin Luther King Jr. Day book discussion on Jan. 21, 2019. 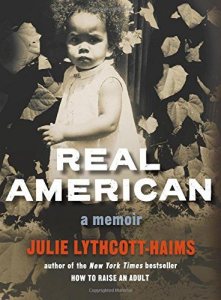 The Common Reading for the Class of 2022 is Real American: A Memoir by Julie Lythcott-Haims.

Besides teaching the basics, Orientation helps students leave their high school mindset behind, however much it’s helped get them this far.

Orientation comes to a close on Sept. 4 when, with the campus community, the new class gathers for Convocation, the ceremonial opening of the new academic year.

Following an introduction and overview of the new Bates year by President Clayton Spencer, Associate Professor of History Joseph Hall, chosen to address the incoming class by the Class of 2018 last spring, will offer his remarks, “Questions for Bates.”