Bates’ signature Purposeful Work program was central to a Christian Science Monitor article in which reporter Noble Ingram explored how liberal arts colleges are changing the way they prepare students for lives of meaningful work.

These colleges disrupt “the older view of career planning and academic development as separate priorities,” Ingram wrote. “And unlike in the past, when the process was often relegated to upperclassmen, now students are exploring future aspirations from their very first moments on campus.” 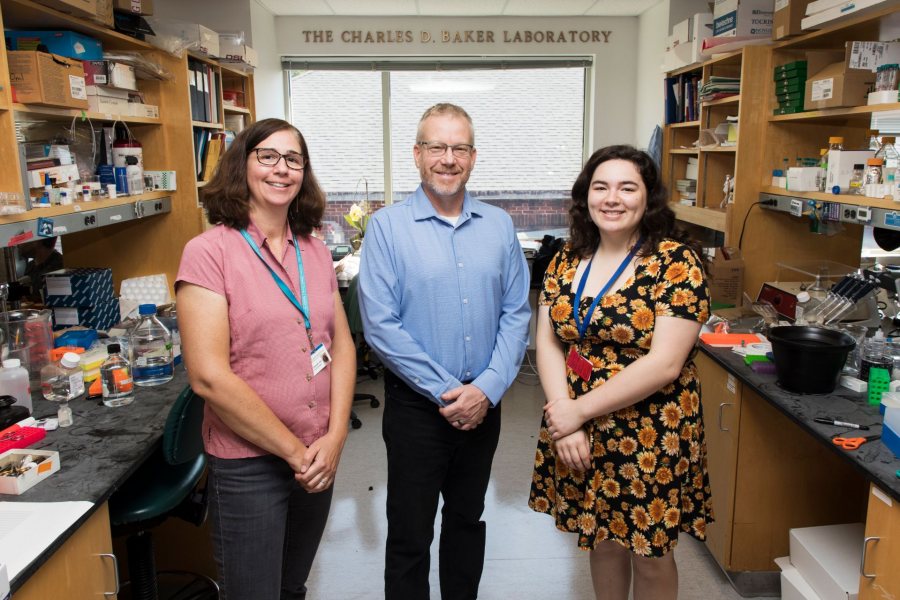 Bates is leading the way, with Practitioner-Taught Courses offered during Short Term, funding for summer internships, and a host of other programs that connect coursework and career preparation.

“It’s about bringing to consciousness in our students and in the broader public … the power of liberal arts in preparing students for life and work,” President Clayton Spencer told Ingram.

As part of its “Inspiring America” series, NBC Nightly News went on a field trip with the AeroStars Aviation Institute to O’Hare International Airport in Chicago. 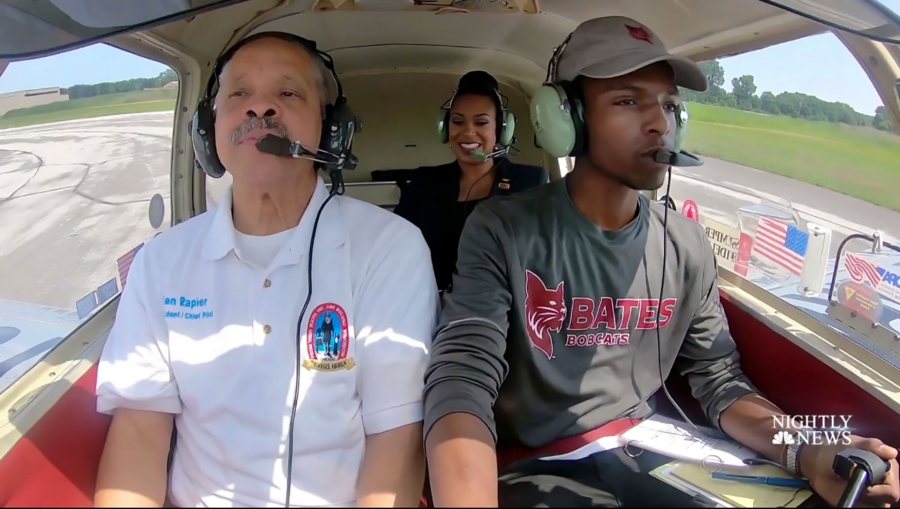 Michael Hogue ’20 takes off during a field trip to Chicago O’Hare International Airport. Hogue, a licensed pilot, is a graduate of and an instructor in AeroStar, a program that encourages young people to pursue careers in aviation. (NBC Nightly News)

On hand for the field trip was Michael Hogue ’20, an alum of the program that encourages African American youth to pursue careers in aviation. Hogue, who earned his pilot’s license in high school, is now an instructor in the program

Tammera Holmes, founder of AeroStar, said she was inspired to go into aviation when she rode in a plane with a chapter of the Tuskegee Airmen, an organization that honors the black military pilots who fought in World War II. Hogue is helping her “pass the torch” to the next generation of black pilots, she told NBC.

In 2016, Ivy League schools began to move the kickoff line five yards up and eliminate tackling during practices. The changes were informed by years of research conducted by a research collaboration among Big Ten and Ivy League schools. (The NESCAC has also implemented rules changes, including moving up the kickoff line and treating fair catches made within the 25-yard line as touchbacks.)

The most recent study, published by the Journal of the American Medical Association, looked at the results of the rules change.

“It was striking that the 22 percent or so of concussions were coming from kickoff plays, but they represented only 6 percent of plays in a game,” Campbell-McGovern told Hall.

Hall knew that Campbell-McGovern, who is the Ivy League’s deputy executive director, was a solid source: He heard her present the concussion data at their 35th Reunion in June.

“Who knew my Bates Reunion would land me a key source on an important story regarding the health of student athletes?” Hall said.

Women of Silicon Valley, a publication on the Medium platform highlighting women and genderqueer people in tech, spoke with Michelle Pham ’15, an account manager for ecommerce and retail at Google. 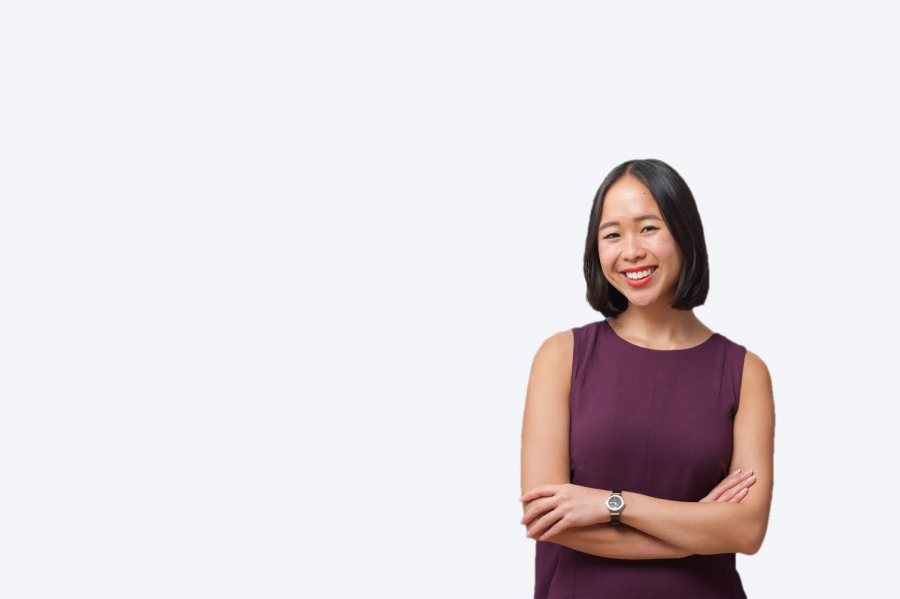 Asked what makes her proudest, Pham said it was her education. A first-generation-to-college student, she had little idea how to apply for college. She decided to attend Bates for the “path of adventure and growth.”

Education, Pham said, was her “passport to the world,” allowing her to give back.

“I’m able to give money to classrooms and causes in need,” she said. “I’m able to care not only for myself, but for others. I do my best to leave a positive impact on people and the world.”

How to own your success instead of cringing at it — Moneyish

Especially for women, it can be hard to take public pride in one’s accomplishments or accept praise. Moneyish turned to Rebecca Fraser-Thill, Rebecca Fraser-Thill, visiting lecturer in psychology and director of faculty engagement and outreach at Bates’ Center for Purposeful Work, for advice on doing so. 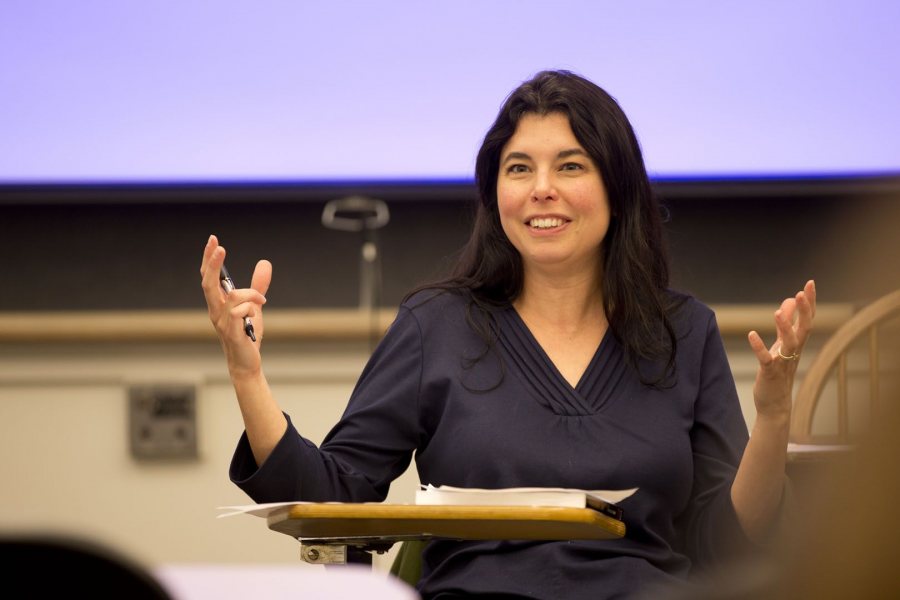 “There’s a big social stigma against a female in particular taking public pride in what she has created, in whatever form that is,” Fraser-Thill told reporter Meera Jagannathan. “…I think this is a lifelong struggle for most people, but especially for women.”

Among Fraser-Thill’s recommendations: learn to accept compliments, build your skills through courses or mentoring, watch tape of yourself speaking publicly in order to improve, celebrate with loved ones, and solicit feedback.

A third-generation egg farmer, LaFlamme brought his Bates education back to the family farm after graduation and helped his parents transition to a relatively novel business model: contracting with farms around the country to supply organic and free-range eggs under the Pete and Gerry’s brand. The company’s flagship brand of eggs is now in 53 percent of the country’s grocery stores.

“We found farmers who were just interested in being farms and not marketers or processors or distributors of eggs,” LaFlamme said.

“It ended up being an incredibly mutually beneficial relationships with family farms.”

All in for Tim: Pioneering parents brought autism awareness, education to NH — The Telegraph

The Telegraph in Nashua, N.H. profiled Dave and Louise Hackett, who “paved the way for autism awareness and education in New Hampshire,” wrote reporter Adam Urquhart.

There were few services available when the Hacketts’ son Tim, who has autism, was born in 1967. Tim’s parents quickly got to work on making sure some were created — they went to conferences, advocated for services in public schools, and formed a New England chapter of the National Autism Society.

“When we started our organization, we had to beat the bushes to find six people in the state,” Louise Hackett said. “Now, we have like six people on our street. It’s grown since the start.”

The Hacketts recently received the Sandy Garrity Award from Gateway Community Services, a Nashua-based organization serving people with developmental disabilities. The couple has long been involved with the organization; the award is given to people who promote inclusion for people with disabilities.