By Emily McConville. Published on November 9, 2018

In the wake of the midterms, will Democrats moderate or move to the left?

Will Republicans continue to own the issue of immigration? And will the country’s urban vs. rural political divide continue?

Comprising professors from the Department of Politics, a noontime panel the day after Election Day briefed the Bates community on those questions and more in the wake of the latest high-stakes election cycle.

For the Democrats, “we saw an expanded [party] in terms of embodied diversity,” Professor of Politics Stephen Engel.

“We saw LGBTQ candidates win; the first openly gay male governor was elected in Colorado; and on the policy side we saw an anti-trans policy go down in Massachusetts.” 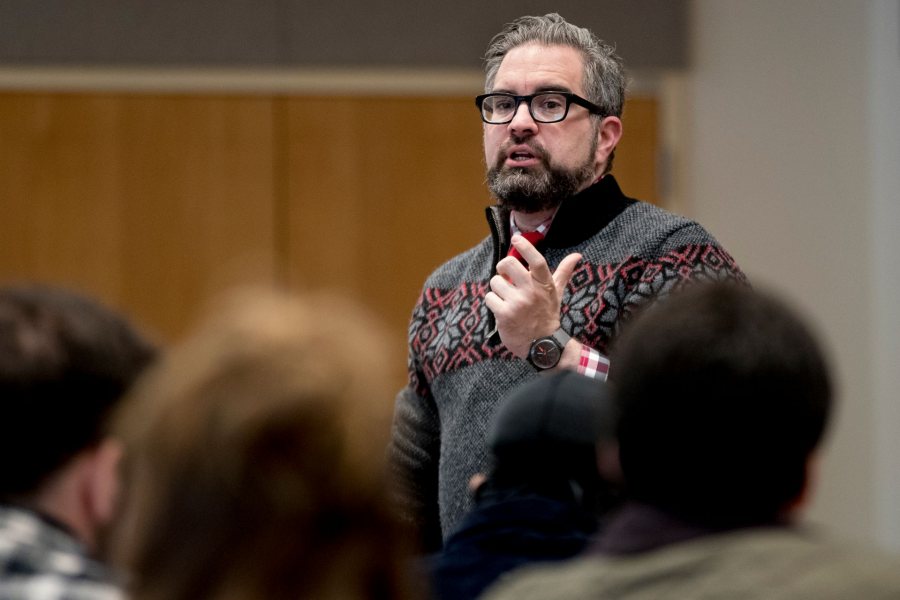 Associate Professor of Politics Leslie Hill pointed out that the percentage of women in the incoming House won’t be much higher than the current one.

But she saw the elections of women of color, in particular, as building momentum for women entering politics, on the right or left. 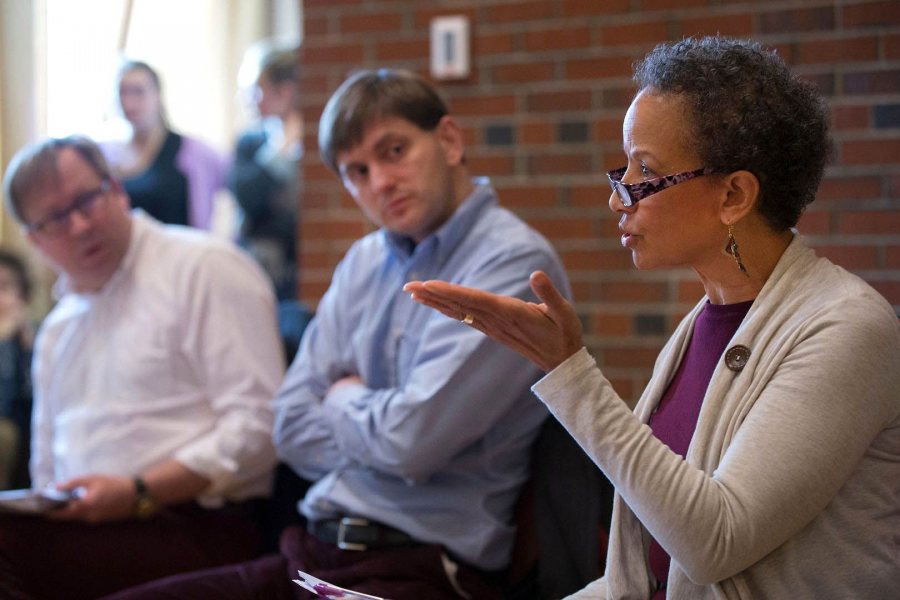 Associate Professor of Politics Leslie Hill, seen at a faculty panel following the 2016 presidential election, says the election of women of color in the midterms “is building momentum for women entering politics.” (Phyllis Graber Jensen/Bates College)

“What we’re seeing is a greater presence. What’s that going to do? Some folks suggest it will increase the confidence of more women to run for office.”

Hill, who is teaching a course on gender and sexuality in U.S. politics this semester, paid attention to the rhetoric female candidates used in their ads. She said that while they presented themselves as both mothers and, say, fighter pilots, emphasizing qualifications like military experience does “reinforce the idea of politics as men’s business.”

What did the election of more women to Congress mean in terms of the policies likely to be enacted? Hill did not want to speculate too much, but she said it helped the Democrats that Republicans did not focus on the growing economy in their campaigns. 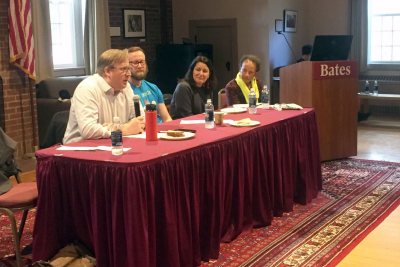 Instead of talking about the economy, as Associate Professor of Politics John Baughman pointed out, “the president and some Republicans talked about immigration and the caravan and birthright citizenship.”

People who live far from the southern border see immigration as a key issue, and President Donald Trump and other Republicans are “bringing up birthright citizenship or detention of immigrants and building tents, because we’re not going to invest in prisons,” said Pérez-Armendáriz, whose specialty is international migration.

That kind of discourse is making it so that Democrats, especially in the Senate races that they lost, went far to the right. Joe Donnelly and others were like, ‘Yes, I support the wall.’”

Pérez-Armendáriz predicted that post-election, Democrats would allow funding for a wall along the southern border, and other border security measures, in exchange for protections for recipients of DACA protection. Immigration reform, meanwhile, would continue to be elusive, as policy is made by executive order and then litigated in courts whose judges were appointed by the administration. 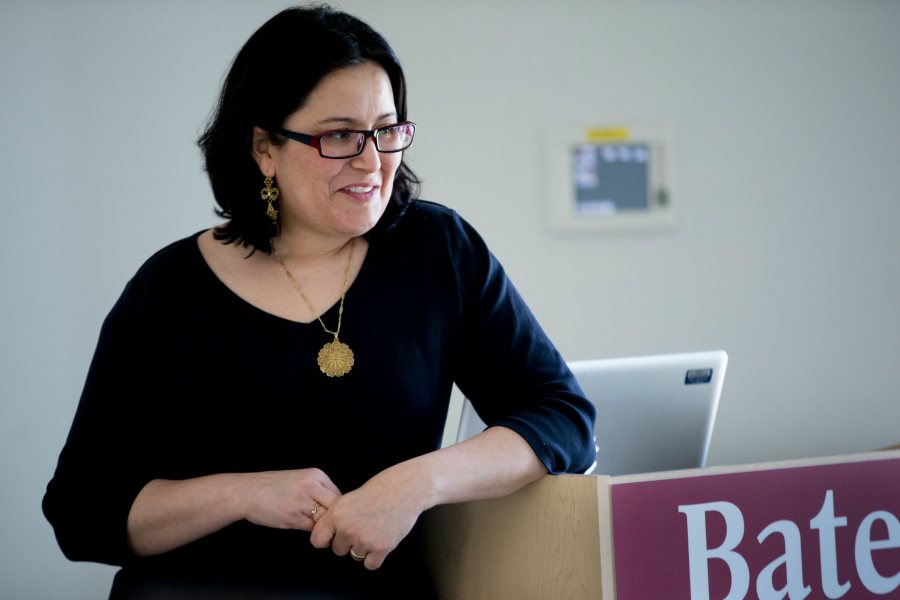 “That’s a useful strategy, [for the White House] to think, ‘How can we do this implementation through the executive, put it through the courts, and the courts may increasingly implement restrictive immigration policy?’”

Pérez-Armendáriz said that even if Democrats were more successful in places like Texas and Arizona — in other words, if voters for either party were more balanced — she worried that the divide between Democrats and Republicans is too broad and they will remain unable to find common ground.

“Are we talking about, half the population thinks the world is going to end if the other half wins, and vice versa?” she said. “That’s a negative undercurrent of this.”

A fundamental question, said Visiting Assistant Professor of Politics Jacob Longaker, will be the extent to which the party should try to court moderate Republicans or white people living in rural areas.

“Are we talking about, half the population thinks the world is going to end if the other half wins, and vice versa?”

The party, Leslie Hill said, will “have to figure out how to have some very serious conversations about issues where they can land, where they can create some spaces.”

One of those spaces could be acknowledging and decrying white supremacy, which Hill saw in conversations about immigration. She said she was happy to see Stacey Abrams in Georgia and Andrew Gillum address racism and white supremacy specifically.

“For me to be able to see Stacey Abrams present herself and get so close, that’s profoundly important,” she said.

“That’s glass half-full for me. There are a lot of people who did not take a colorblind approach. They said, ‘No, I’m standing against that, and that’s really important because that’s a piece of the conversation that’s opened up.”

Want some insight into the 2018 midterms? Look through the lens of gender.