This week begins the home stretch of a historic enrollment season as the Bates Admission Committee embarks on its review of regular-decision applications.

And it’s a long stretch: For the incoming Class of 2023, Bates received a record-setting 8,222 applications from prospective first-year students. The total is 7 percent ahead of last year’s record 7,688 first-year applications.

“Bates continues to build strength on strength,” says Dean of Admission and Financial Aid Leigh Weisenburger. “We continue to pair traditional, feet-on-the-ground outreach efforts, including a strategic focus on emerging areas in the U.S. South and West, along with increasingly effective digital outreach to talented and diverse students who may not otherwise have the chance to learn about Bates College.” 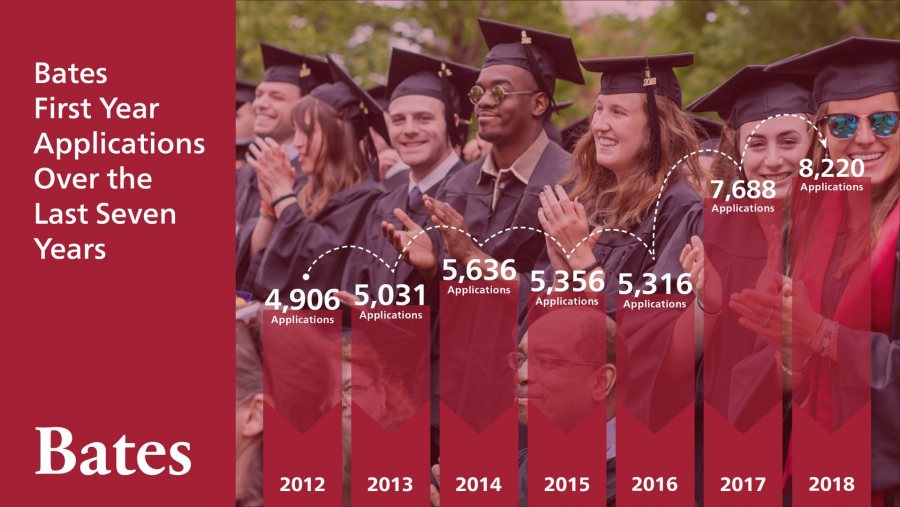 Note: Accurate as of March 1, the total number of 2019 applications is subject to change during application review.

The overall applicant pool comprises two early-decision rounds that were completed earlier in the winter, along with the current regular-decision pool, which the Admission team will evaluate and complete by mid-March.

Admission deliberations will continue into mid-March, after which Bates will notify applicants of admission decisions by April 1. Admitted students have until May 1 to enroll. As in past years, the college seeks an incoming class of approximately 500 students.

“While the story at this stage often feels numbers-driven, we never lose sight of our goal: to create an intentional learning and living community of students aligned with Bates’ mission and values,” adds Weisenburger.

“We seek to attract talent and diversity, to get to know applicants as individuals, and to evaluate each and every candidate in a holistic way that appreciates the very different challenges and opportunities they have experienced in preparation for college.”

The college’s 2018–19 recruitment season was highlighted by the second year of joint travel with fellow colleges of the American Talent Initiative, which seeks to expand by 50,000 the number of low- and moderate-income students attending 270 top U.S. schools. Bates is a founding member of the initiative.

In the digital realm, Bates continues to expand and refine its suite of web, social media, and email communications. These efforts offer a one-two approach, first offering helpful information to prospective students and second, guiding them toward key, measurable actions, such as visiting a department’s web page or scheduling a visit. 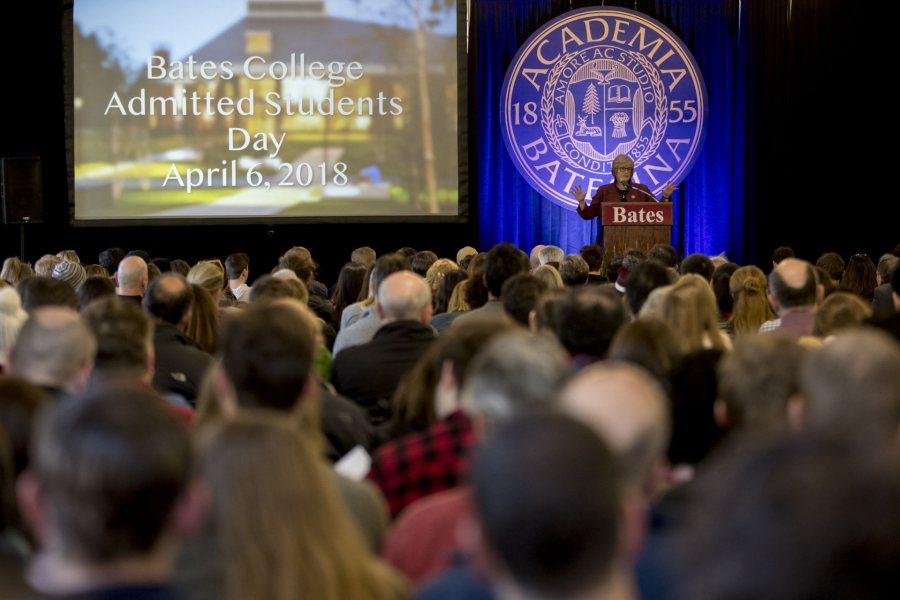 In terms of financial aid, the incoming Class of 2023 will be supported by the largest financial aid budget in college history, totaling nearly $10 million in grant aid. Bates anticipates approximately 40 percent of incoming students will receive institutional need-based grant aid, which is based on their demonstrated financial need, with the average grant approaching $45,000.

Applications by the Numbers