Through his camera viewfinder, Syslo saw the raptor munching a goldfish from the campus pond. “And I figured it would go for more.”

Syslo tagged along to chronicle the show, and here’s what happened: 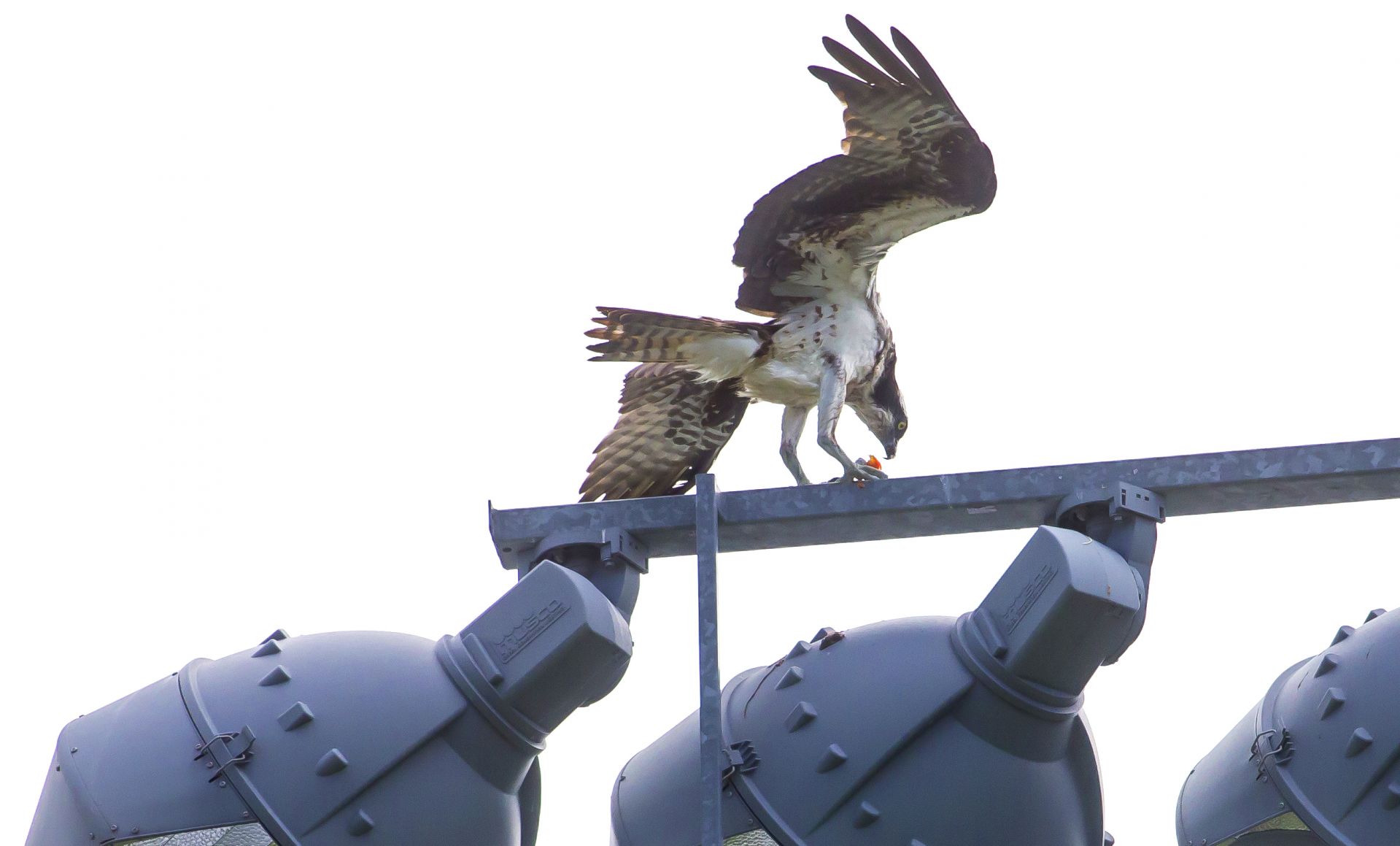 Atop a light stand at Garcelon Field, the osprey finishes its first helping of Lake Andrews goldfish.

Goldfish have long populated the campus pond. They were there before the pond’s 1998 draining and restoration, and reappeared soon afterward.

We assume they were introduced by students. Fish being the only pets allowed in residences, it’s easy to imagine a goldfish going from, say, Adams Hall to Lake Andrews. 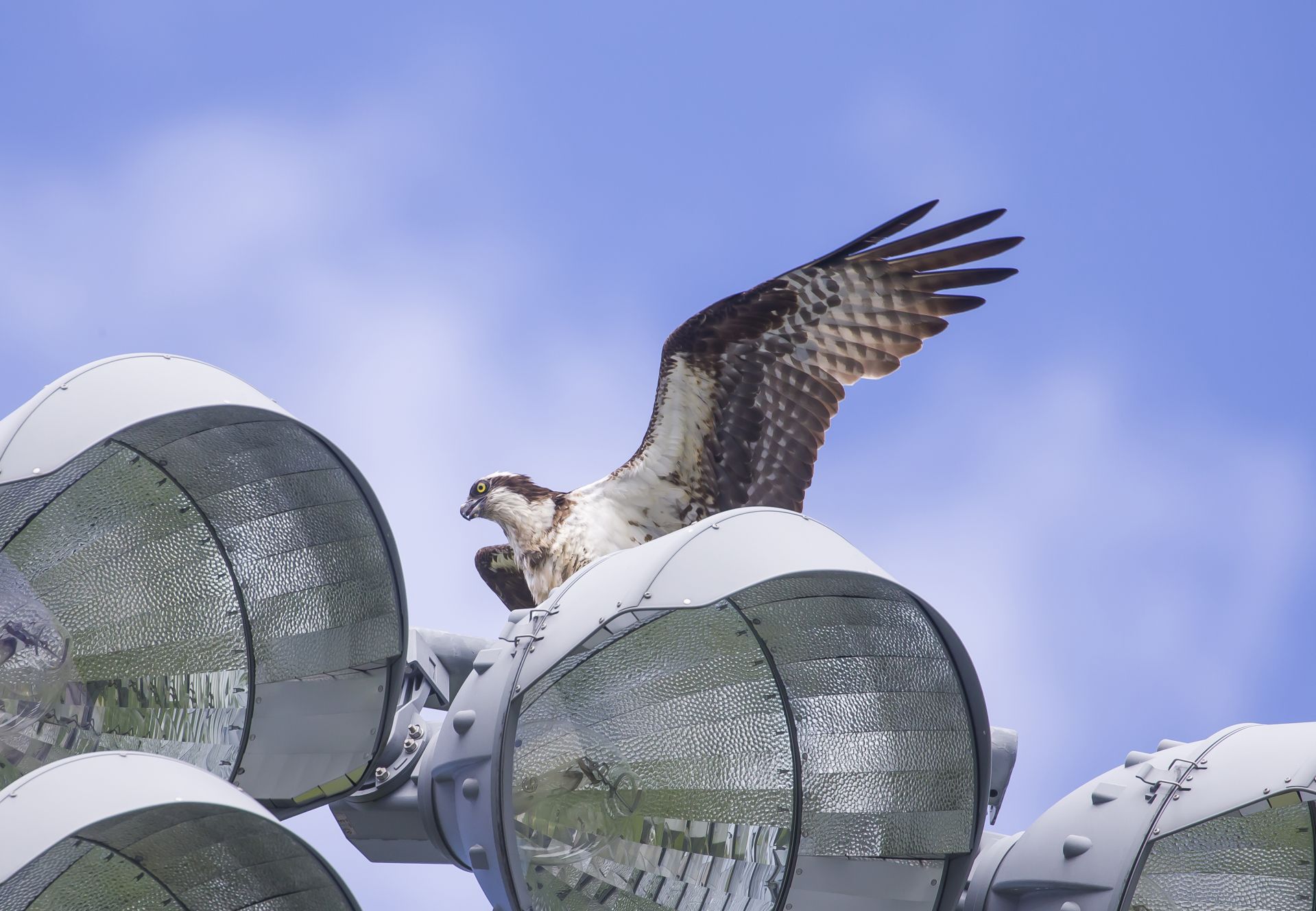 Having eaten one goldfish, the osprey takes flight for Lake Andrews, just 500 feet away.

He adds, “Especially since the Puddle is so popular — noontime walkers, students studying — it’s great that people have a chance to see nature in action.” 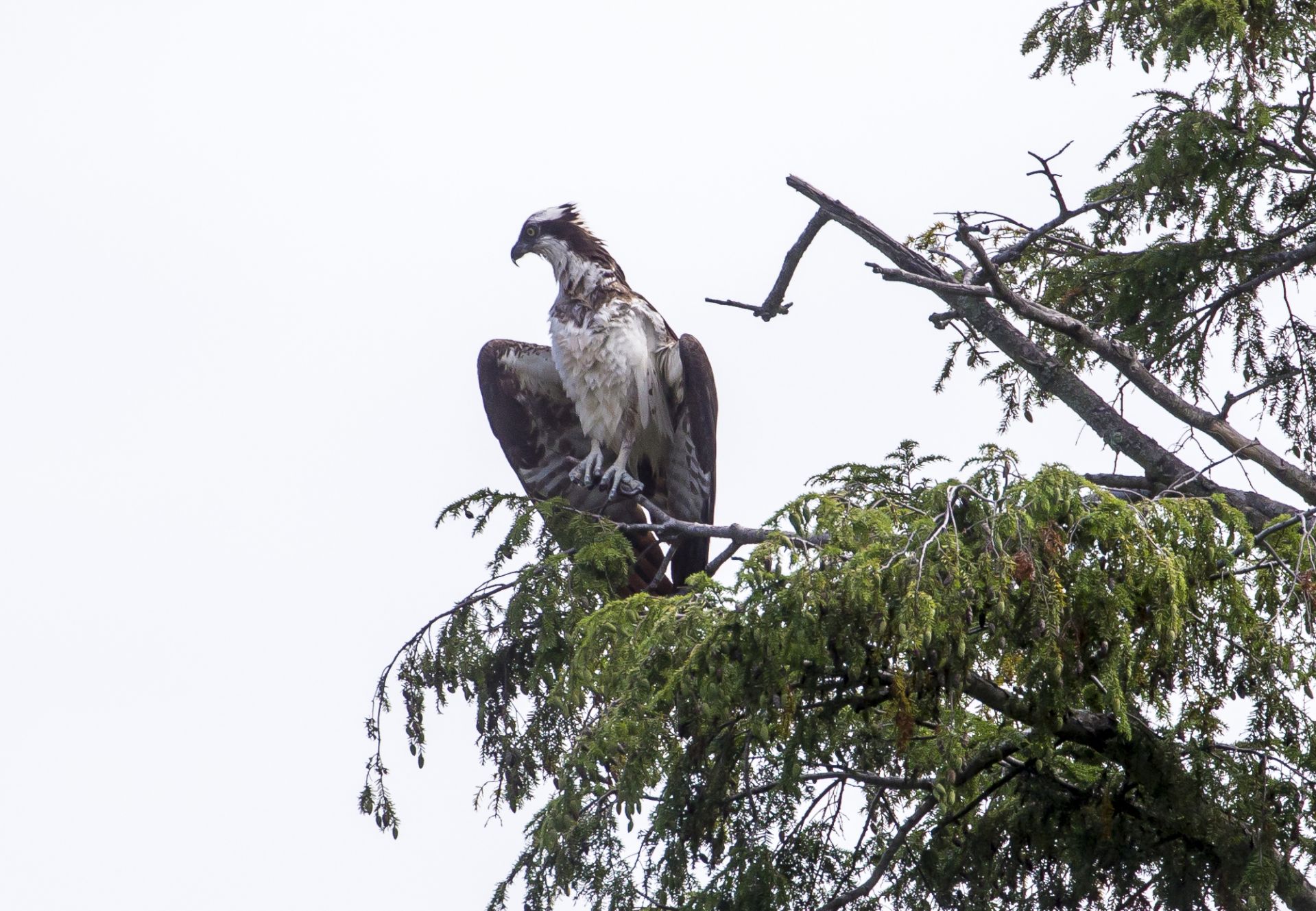 Perched in a spruce tree along the shore, the osprey scans the water below for fish. Osprey are the only hawk species in North America that eat live fish almost exclusively. 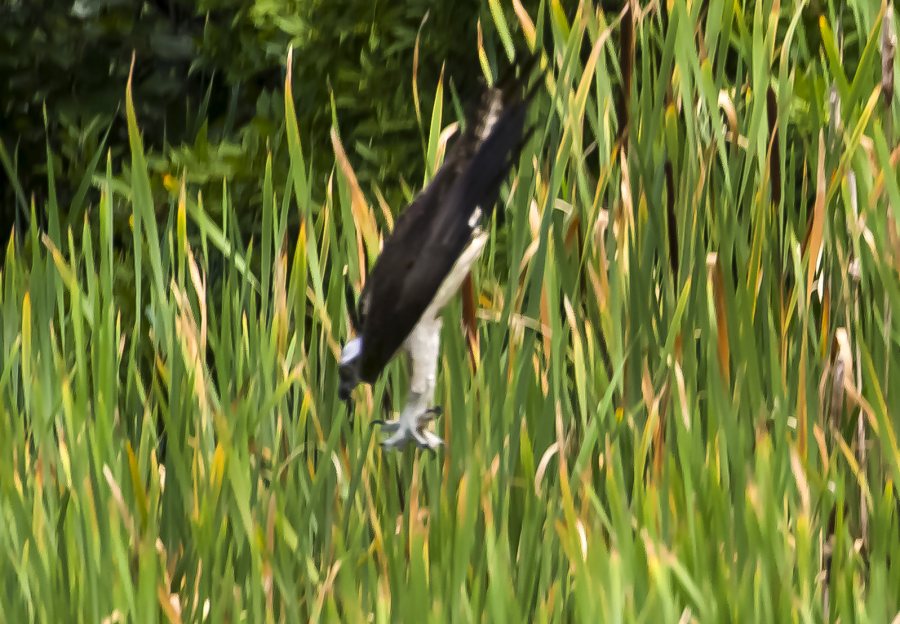 The osprey dives toward its prey and, just before hitting the water, “repositions to land feet-first for prey capture,” says Dearborn. “As a side consequence, they typically penetrate a meter or less into the water.” 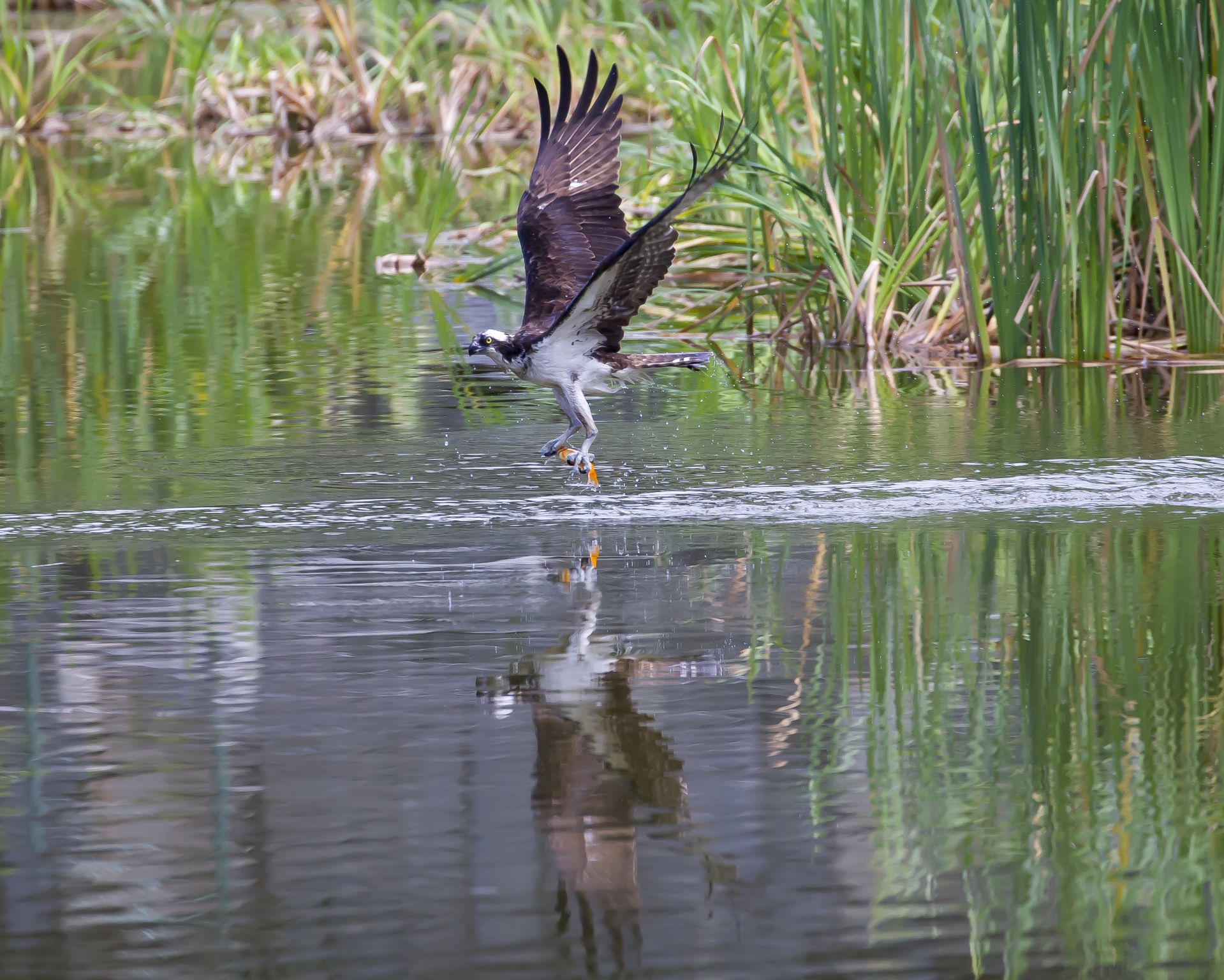 Shedding water, the osprey emerges from the pond with a goldfish. Barbed pads on the soles of an osprey’s feet help grip slippery fish.

Like most raptors, an osprey has four long toes—three in front and one in back. When it reaches for a fish, one front toe swivels toward the rear, effectively positioning two toes in front and two in back to create twin grasping talons: perfect for holding a fish tightly. 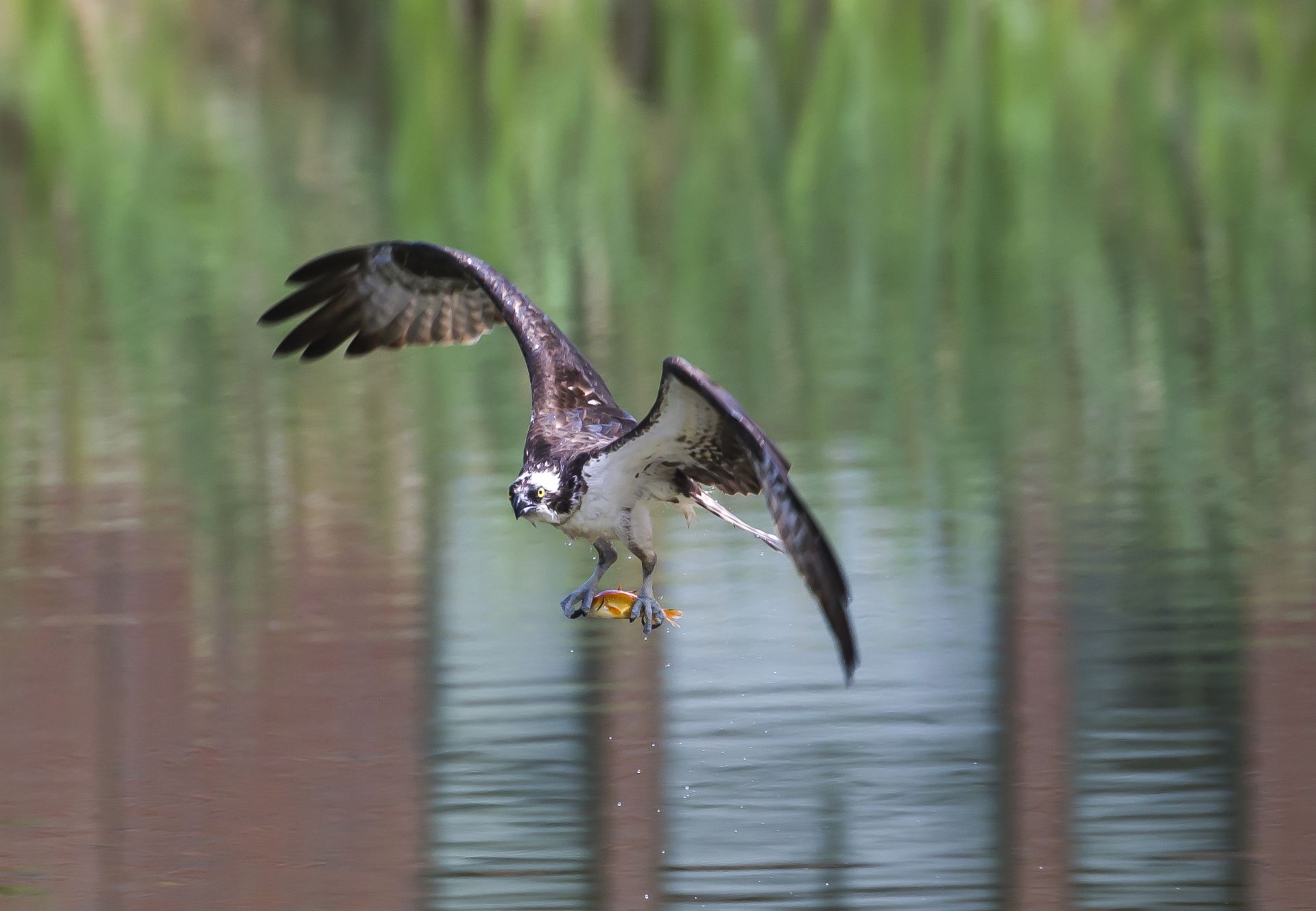 It’s said that when an osprey has a fish in its claws, it orients the fish head first for less wind resistance, though that doesn’t appear to be the case here.

Repositioning the fish “is perhaps less important for short-distance flights, given the risk of dropping the fish during repositioning,” Dearborn says. “On longer flights, such as back to a distant nest, the reorientation is likely to produce valuable energy savings.” 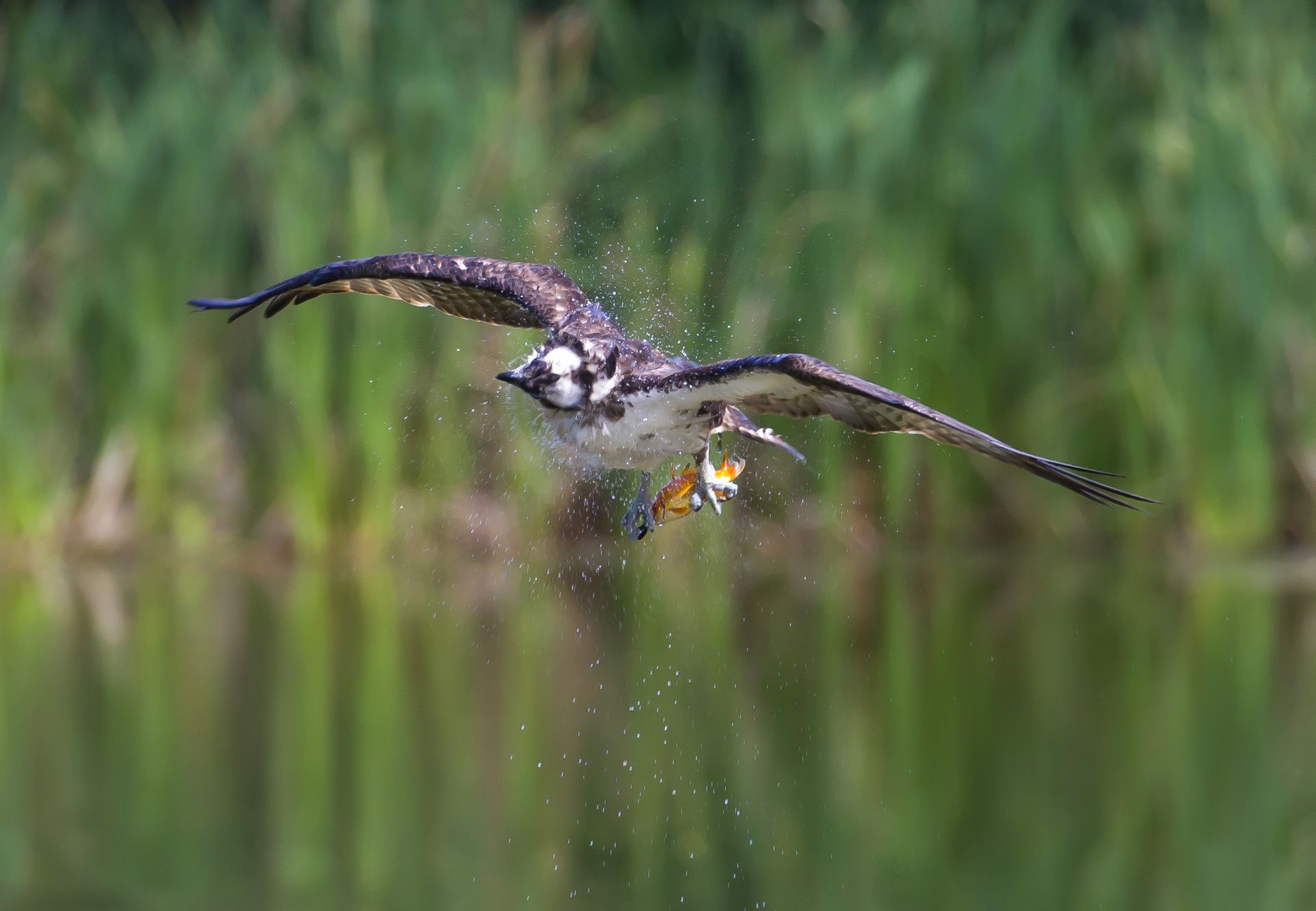 As the osprey ascends from the water, it shakes itself off, shedding water easily thanks to oily feathers common among aquatic birds and many terrestrial birds. 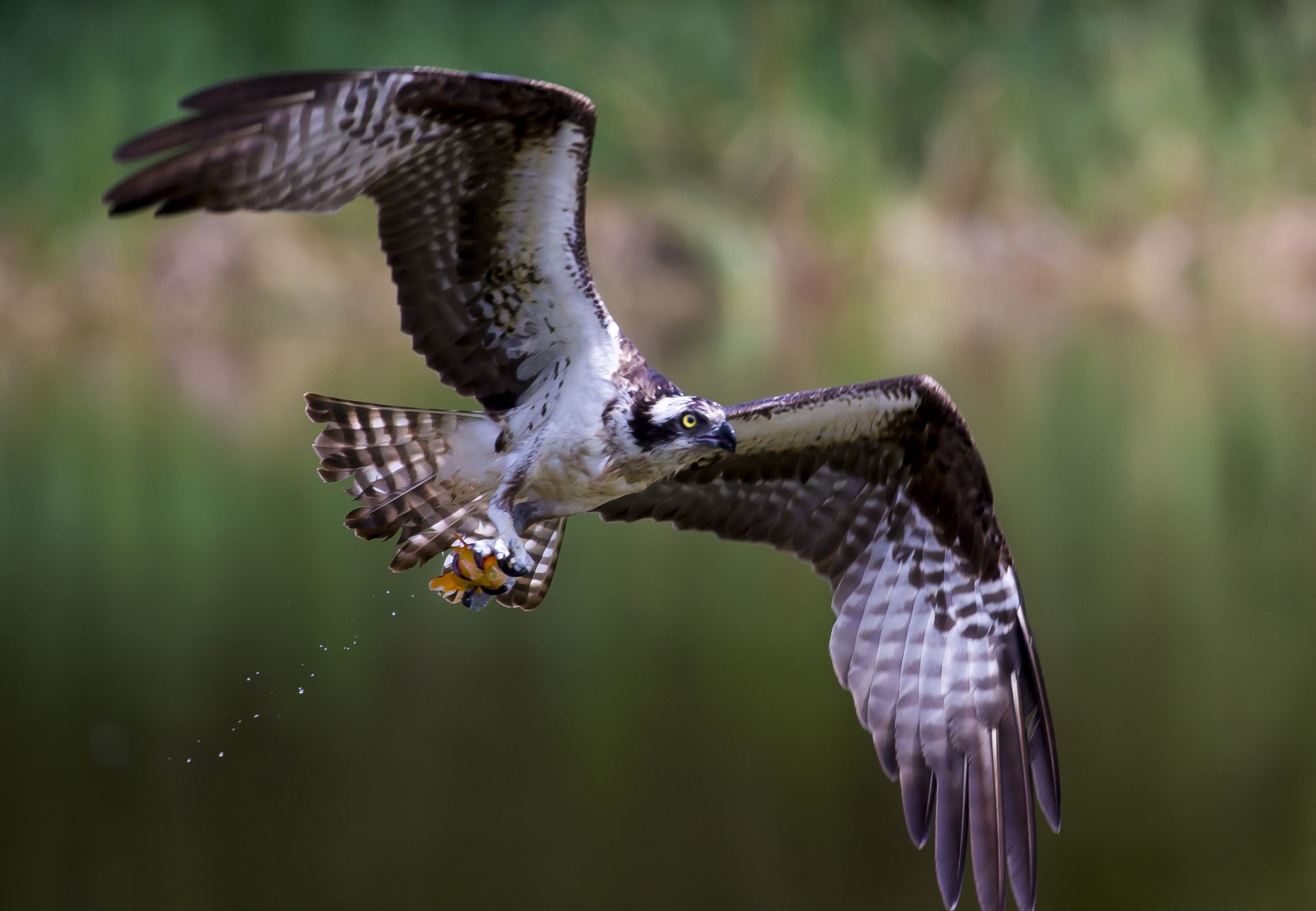