The opening scene of this year’s Sankofa show, staged on the evening of Martin Luther King Jr. Day, was set in a classroom at mythical Mays College, the name being an intentional allusion to Benjamin Mays, Class of 1920.

Among the students in the class was Safiya, played by Imti Hassan ’23 of Portland, Maine. “Safiya is determined,” says Hassan. “She’s taking college courses at Mays College while being a high school senior. She has a lot of big dreams that I feel she will accomplish because she’s so driven.”

However, some adults in her life, such as her boss at a fast-food restaurant, are dragging her down. “Adults should be there to uplift teenagers and be their mentors,” says Hassan.

The role was important to Hassan because, she says, she is a Somali American, a group that in Lewiston comprises approximately 20 percent of the city’s population.

“I have never seen a Somali lead character in theater, or movies, or shows,” says Hassan. “So for me, I wanted to have an opportunity to give other people a chance to see that type of character played out on a big stage.”

Continuing the theme of sophomores taking the lead with Sankofa, Abdulwahab Mohamed ’22 of Lewiston was this year’s organizer, while Losseni Barry ’22 of New York City was the scriptwriter and director. The theme, “Invisible Women,” featured stories of women of color at Bates and in Lewiston.

Areohn Harrison ’20 of Rockville, Md., plays a Mays College professor who leads his class in a wide-ranging discussion, starting with women in the civil rights movement and continuing to “how you assess value to a person in a society with varying levels of stratification based on race or gender.” 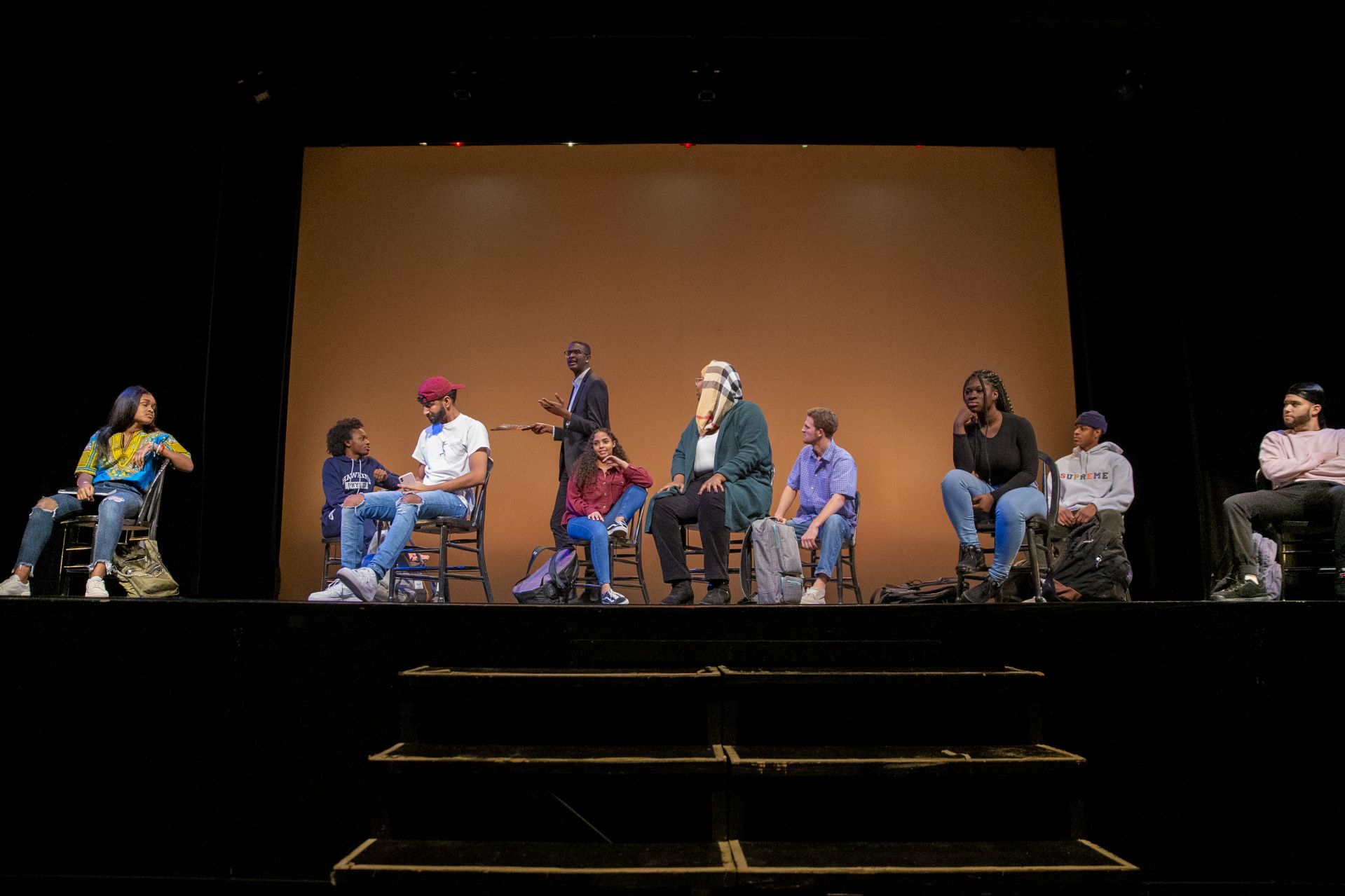 Hassan notes how black women of the civil rights movement have been historically been “overshadowed, in a way, unfortunately. We know about Rosa Parks, but less about Ella Baker, Gwendolyn Simmons, or Doris Derby.”

“So this play is an opportunity to give another perspective, another lens for people to see, because reality isn’t a one-way street,” she says. “It’s multiple outlooks.”

A cappella thrives at Bates