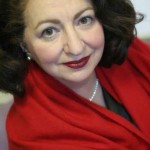 Why are mental illnesses (such as depression and schizophrenia) afflicting ever more Americans? What is mental illness and where does it come from? What must be done to control this  epidemic? Professor Greenfeld will challenge existing understandings of mental illnesses in sociology, neuroscience, psychology, and feminism. Her analysis and proposed solutions are revolutionary as well as controversial. Already delivered at numerous universities worldwide, this is a talk not to be missed!!!

Sponsored by the Sociology, Politics, and Psychology Departments.