RETIRED: Richard Wagner, an expert in the field of peace psychology, as professor of psychology.

Colleagues serenaded this Gilbert and Sullivan aficionado with G&S parodies at his retirement party. A sample, sung to “I Am the Very Model of a Modern Major-General”: “When I received a Ph.D. I went to Batesi-an-i-a/ The largest Baptist knowledge base in all of Lewis-tan-i-a/ I started there a great career in 101 Psychology/ And on the side, my trade I plied in brilliant racquetballogy!” Wagner started at Bates in 1970…. After 18 years, Fern Desjardin, as Admissions receptionist. “From the first person she ushered into the office to the last, she has done it with respect and warmth,” Dean of Admissions Wylie Mitchell said…. Also: Ginny Harrison ’63 from Admissions (see page 37), Robert Pinard (Facility Services), and Bertrand St. Hilaire (Facility Services).

RESIGNED: F. Celeste Branham, as dean of students, after 24 years at Bates. President Hansen credited Branham with leading “our efforts to respond positively to the many complicated issues facing a residential campus that strives to educate the whole person.” Associate Professor of Psychology Kathryn Low, former chair of the Student Conduct Committee, told The Bates Student that Branham was an “important advocate and support for…Bates students and their families. She has also handled the most tragic events with exquisite sensitivity and compassion.”

DECEASED: Professor Emeritus of Mathematics Richard Sampson, who inspired students through passionate, creative teaching and an active interest in their lives, on April 1 at age 81. See the story at https://www.bates.edu/x50099.xml…. The friendly face of Chase Hall, concierge Jean Beauparlant, on March 24, at age 72…. Gilbert Marcotte, on Dec. 11, 2003, at age 65. He handled interlibrary loans and was recalled as one of the “stalwarts” who kept Ladd Library open late at night. 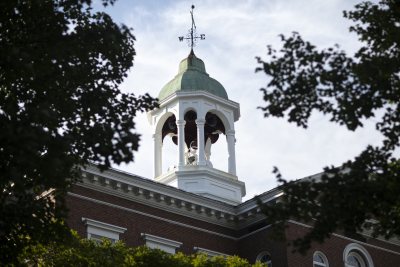