Matthews’ inaugural music to be reprised in orchestral concert 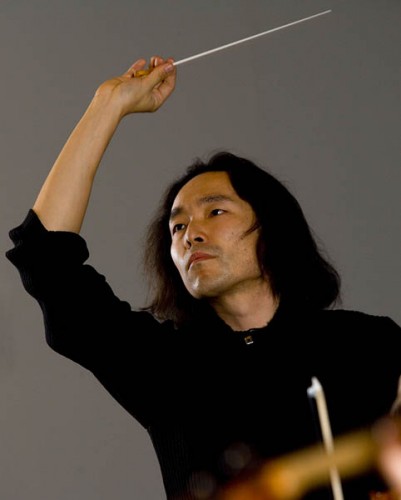 Music written for the recent inauguration of Bates College President A. Clayton Spencer is featured in the next performance of the Bates College Orchestra, taking place at 7:30 p.m. Saturday, Nov. 10, in the Olin Arts Center Concert Hall, 75 Russell St.

Hiroya Miura, associate professor of music, is the orchestra’s music director and conductor. Admission to the concert is free, but tickets are required. For more information, please contact 207-786-6135 or olinarts@bates.edu.

The orchestra’s program comprises Beethoven’s Symphony No. 7, Brahms’ Variations on a Theme by Haydn, and the inauguration music composed by William Matthews, Alice Swanson Esty Professor of Music at Bates, which begins the evening.

Matthews composed a setting for the Wallace Stevens poem “The House Was Quiet and the World Was Calm.” The piece was the musical centerpiece for the Oct. 26 installation of President Spencer, who chose Stevens’ contemplative poem for her inaugural program.

Stevens’ text will be sung by the Bates College Choir. Matthews’ setting also includes readings from three different cultures presented by Bates students in their native languages — Amna Ilyas, a senior from Faisalabad, Pakistan, reading in Urdu; Adnan Shami Shah, a sophomore from Kathmandu, Nepal, reading in Nepali; and So Hee Ki, a first-year student from Irvine, Calif., reading in Korean.

The Brahms work, considered a turning point in the composer’s confidence and skill in orchestral composition, is a masterful set of independent variations on a theme that was attributed to Haydn in Brahms’ day, but is now believed to be the product of a student of Haydn’s.

One of Beethoven’s most popular works, his Symphony No. 7 in A major, Op. 92, was premiered just shy of 199 years prior to the Bates performance. The piece is known for the emotional spectrum that it encompasses, from dancelike ebullience to the melancholia of the second movement. The symphony is also celebrated for the composer’s brilliant transitions from key to key.