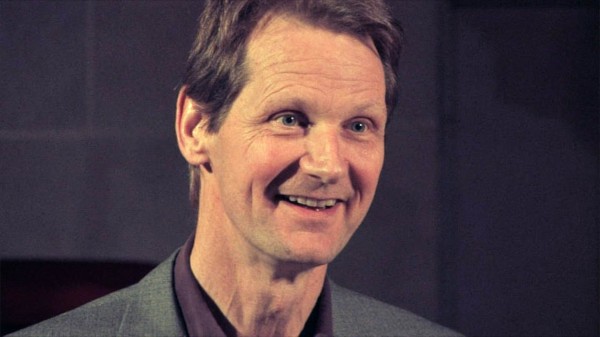 Also in Olin that evening, the renowned DaPonte String Quartet follows Farrell with a performance of Beethoven’s String Quartet No. 15 (Op. 132) in A minor, thought by many scholars to have been an inspiration for Four Quartets.

The evening is open to the public at no cost, but tickets are required. Please visit batestickets.com. For more information, please call 207-786-6163.

First undertaken in 2011 with permission — rarely granted — from Eliot’s estate, Farrell’s recitation of Four Quartets affords audiences an opportunity to immerse themselves in 1,000 lines of poetry exploring humankind’s relationship with time and with experience itself.

Winner of the Nobel Prize for Literature in 1948, Eliot is known for such poems as “The Waste Land” and “The Love Song of J. Alfred Prufrock,” among many other works of poetry, prose and drama. 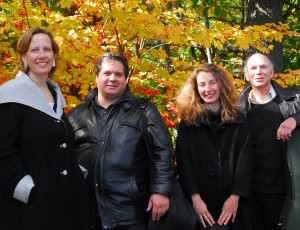 According to the Merriam-Webster Encyclopedia of Literature, the poems reflect Eliot’s insights into the cyclical nature of life “through themes and images deftly woven throughout the four poems.

“The work addresses the connections of the personal and historical present and past, spiritual renewal, and the very nature of experience; it is considered the poet’s clearest exposition of his Christian beliefs.”

Figures of Speech Theatre has toured the world for more than 30 years with original works created at the intersection of drama, poetry, sculpture and dance. John Farrell and his wife, Carol Farrell, co-founded Figures of Speech in 1982 to explore the interplay of puppets, actors, shadows, movement and masks.

The company is known for psychologically rich, visually stunning adaptations of folk tales, classical myths and children’s stories such as Hans Christian Andersen’s “Nightingale.”Figures of Speech retains a strong commitment to teaching and performing in schools and theatrical venues throughout its home state of Maine.

Figures of Speech is a four-time recipient of the coveted UNIMA Citation of Excellence, the highest distinction in American puppet theatre.

Founded in Philadelphia in 1991, the DaPonte String Quartet surprised the musical world soon thereafter by moving from a cosmopolitan urban area to rural Maine. Nationally known and with a touring schedule that reaches into Western Europe, the DSQ remains deeply rooted in mid-coast Maine.

The members of the quartet are violinists Lydia Forbes and Dino Liva, who was a founding member of the quartet; violist Kirsten Monke and cellist Myles Jordan, another founding member. The DSQ is known for a repertoire that that spans virtually the entire history of music, from 17th-century works to cutting-edge contemporary quartets. They are also known for the inventiveness and freshness of their interpretations.

While the exact relationship between Beethoven’s late Op. 132 quartet and Eliot’s Four Quartets isn’t clear, scholars believe that there was at least a subliminal connection between the music and the poetry.

In a letter to the poet and novelist Stephen Spender, Eliot wrote that “There is a sort of heavenly, or at least more than human, gaiety about some of [Beethoven’s] later things, which one imagines might come to oneself as the fruits of reconciliation and relief after immense suffering; I should like to get something of that into verse before I die.”