Video: After the fall, here’s what happened to the Quad’s huge ‘hobbit’ maple 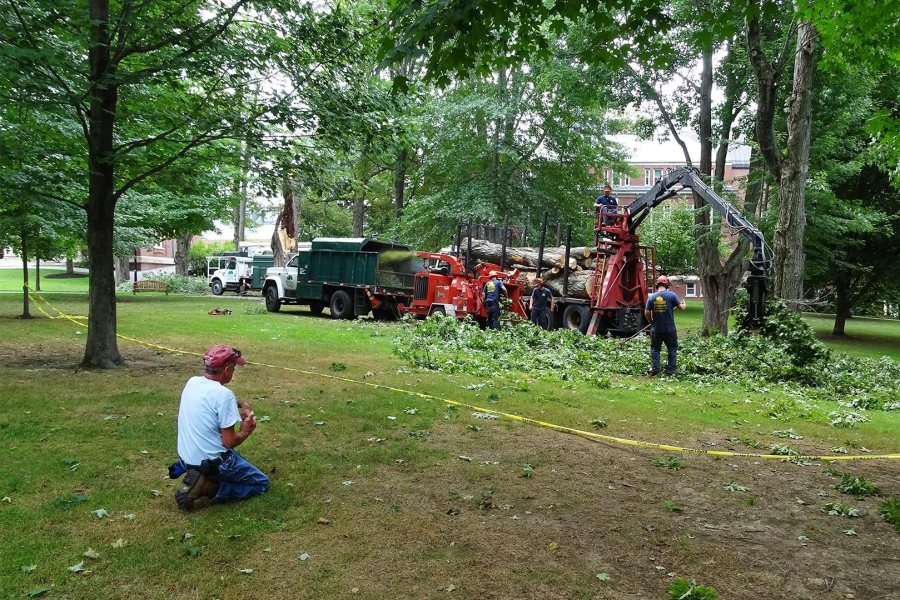 “The hobbit-ness of it — so gorgeous,” said Professor Emerita of Biology Sharon Kinsman as she watched a local tree service remove a huge, old sugar maple that had toppled over the previous evening, July 28, during a thundershower.

The tree, about 20 feet of which was left standing, was famously gnarled and craggy, with a crack up its side “that you could put your hand all the way into,” said Kinsman, explaining its hobbit quality.

It stood tall about 40 paces from the Quad-side door of Carnegie Science Hall and was about a century old, give or take 20 years, judging from a ring count, though counting was hard due to the aforementioned cragginess.

Call the kids and your inner kid: Log loader, chipper, and chain saws in action, plus a final “TIMBER!”

“That tree had a life…and it supported a lot of life,” Kinsman said. One responder to a photo on Instagram called the tree an “owl condo.” And when workers toppled the final 20-foot section, not hobbits but bumblebees emerged from its craggy interior.

The bees were “Bombus impatiens, the common Eastern bumblebee, the kind we have in my lab,” says Assistant Professor of Biology Carla Essenberg, who studies the mutually beneficial relationship between  plants and bee pollinators.

So in this relationship, the bees have probably lost a good friend. 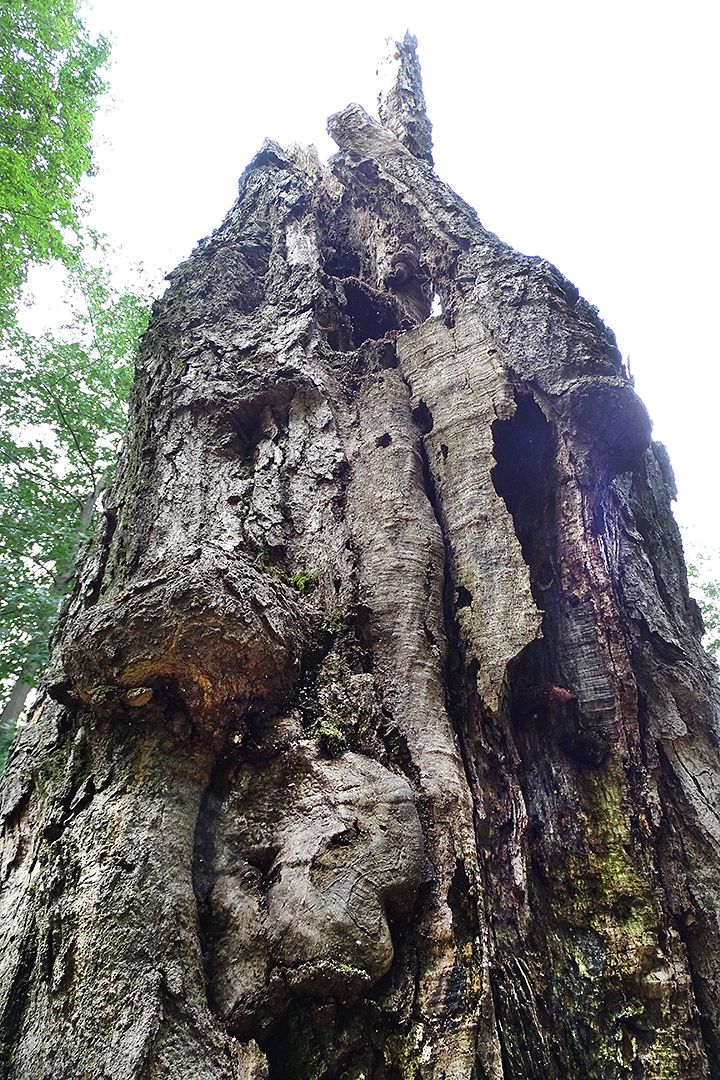 Any number of fungi can rot and weaken a tree, explains Assistant Professor of Biology Brett Huggett, whose research looks at how trees respond to stress.

The Bates hobbit tree, he says, was likely infected with the northern tooth fungus. “Its days were numbered.”

Another sign of fungus was the large burls on its trunk, “very sought-after by bowl turners because they have beautiful wood grain,” says Huggett, who recalls cases of burl-stealing in Jamaica Plain, Mass., a few years ago. 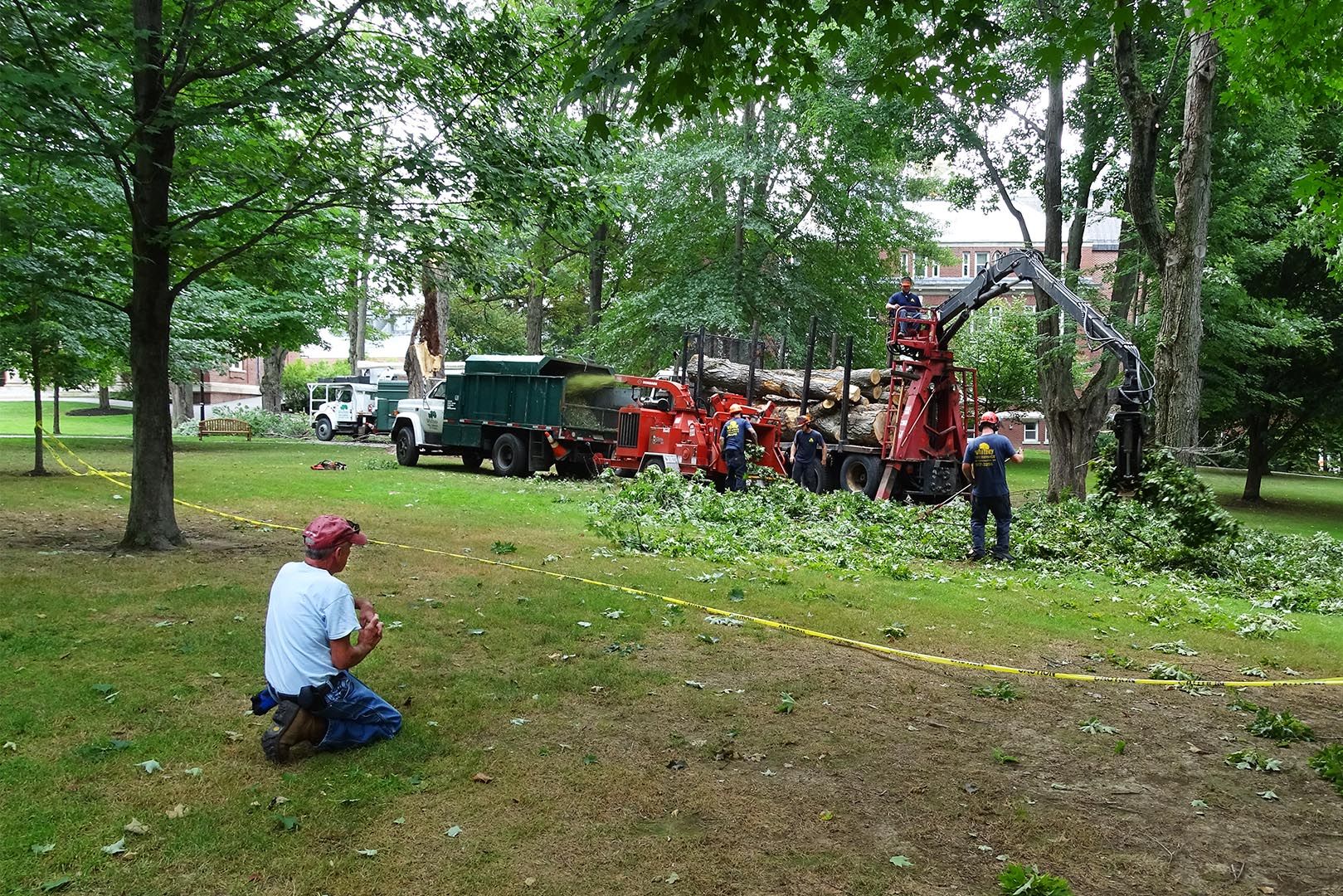 While a wood chipper chewed up the smaller branches (and even some of the larger ones — wow!) right there on the Quad, the huge trunk and branches went away with Whitney Tree Service of New Gloucester.

Some trees that Whitney Tree takes away can be used for lumber, explains company owner David MacDonald, but the poor quality of the fungus-infected tree meant that it will likely be broken up into a biomass product that can be used for erosion control, among other purposes.

Now there’s a big hole in the tree canopy over the Historic Quad, and if the Quad were the deep woods, one tree falling would open the door for new growth. 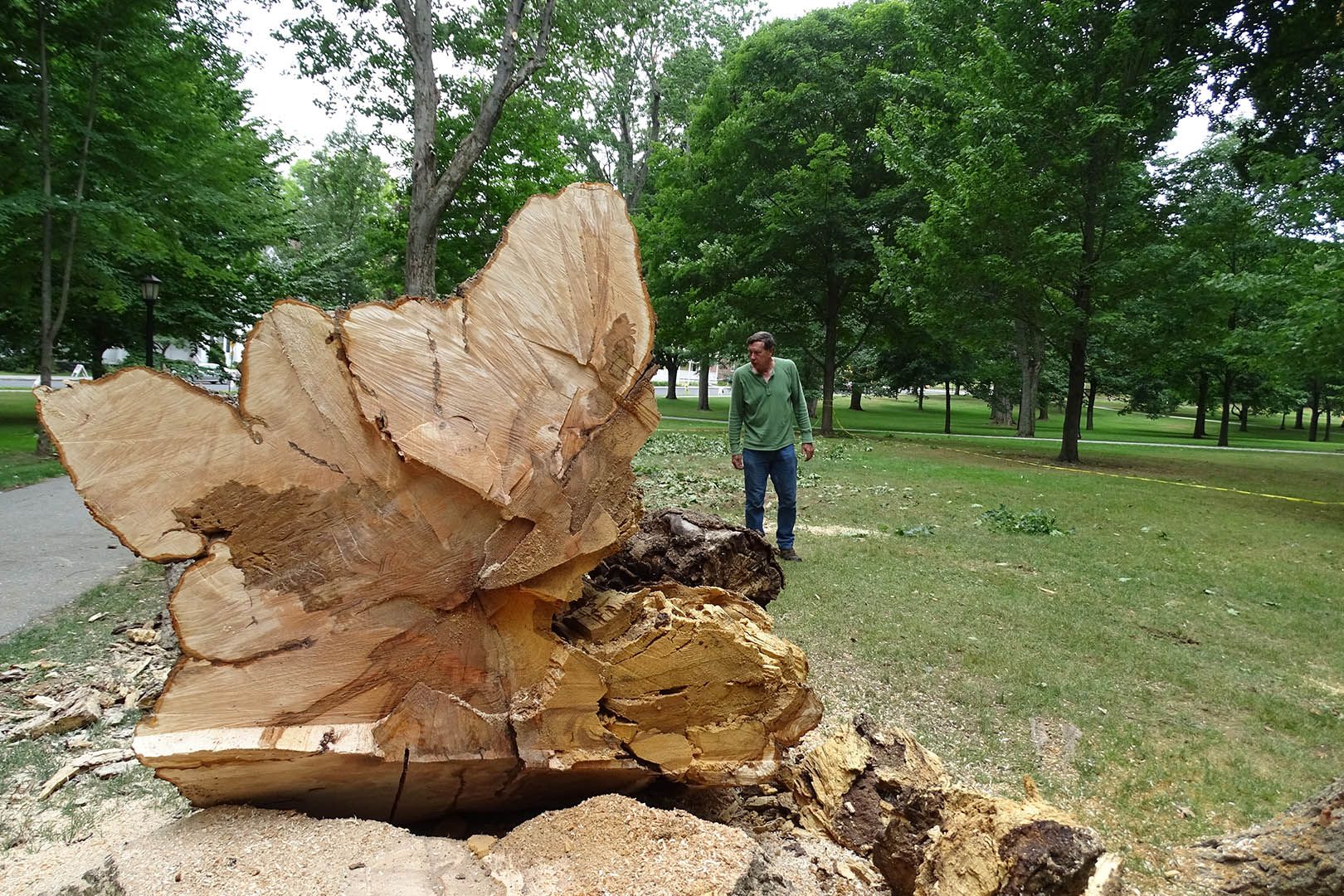 Bill Bergevin, the college’s landscape architect, takes a look at the final, 20-foot section of trunk that was felled on July 29. (Jay Burns / Bates College)

“That’s forest succession,” explains Huggett, who created, with his students, the Bates Canopy tree resource, featuring a clickable map of the Quad’s trees.

“A fallen tree allows seedlings that couldn’t grow in dense shade to get a foothold and possibly rise up. Or smaller, suppressed trees might have rapid growth when exposed to light and rise up to fill the spot.”

The Quad canopy, however, is a human creation, dating to when founder Oren Cheney and others would plant saplings on the open field that was the early Quad. 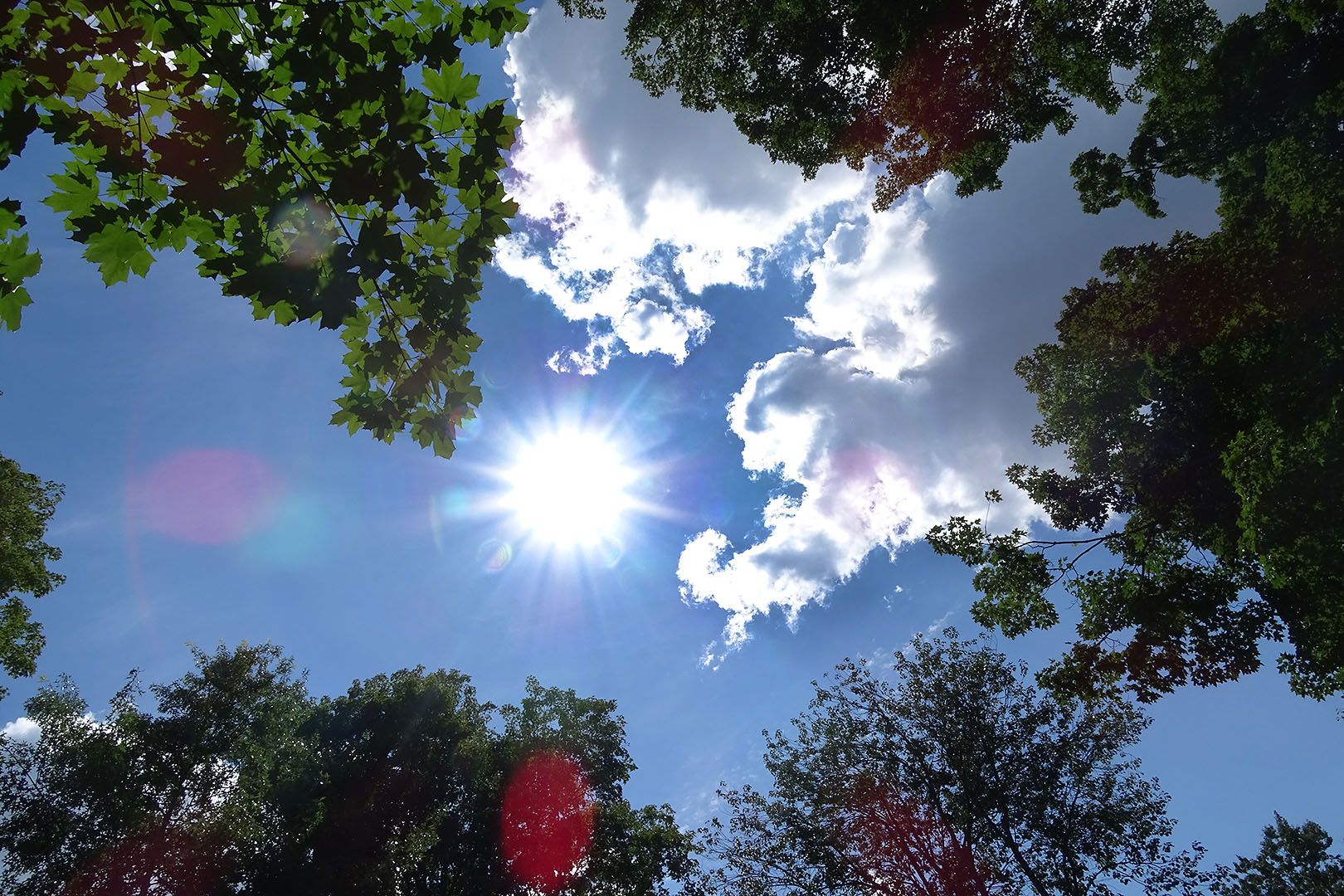 With the maple now gone, there’s a hole in the canopy where the sun comes in. (Jay Burns / Bates College)

And the Quad’s tree succession remains in human hands, mostly those of Bill Bergevin, the college’s landscape architect, who chooses a tree for the annual ceremony, right after Convocation, to honor faculty and staff who died the prior year.

Tree succession is about the cycle of life, as is the post-Convocation memorial, which partly explains why Bergevin said what he said as he watched the Whitney guys do their thing. “I know where the memorial tree will go this year.”