During the Annual Gathering of the Alumni Association on June 6 at Reunion, three alumnae received association awards for their contributions to Bates and to the wider world: 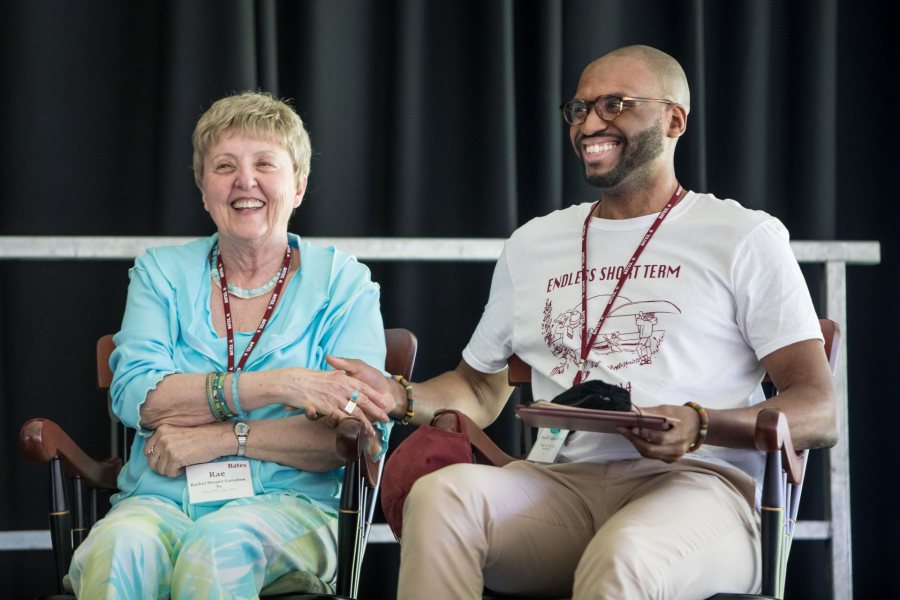 Rachel “Rae” Harper Garcelon ’62, recipient of the Alumni Association’s distinguished service award, congratulates David Longdon ’14, a member of the Board of Trustees who received a Bates’ Best award at Reunion 2019. (Rene Roy for Bates College)

The citation for Doyle’s award reads, in part:

How fortuitous for the small community of Moose River Valley that doctor Pat Doyle landed there 30 years ago and never left…. Here, she cares for a community of roughly 1,000 people with limited staff and resources. Where others would have left after their five-year stint, Pat put down roots and rolled up her sleeves to serve a community in need. 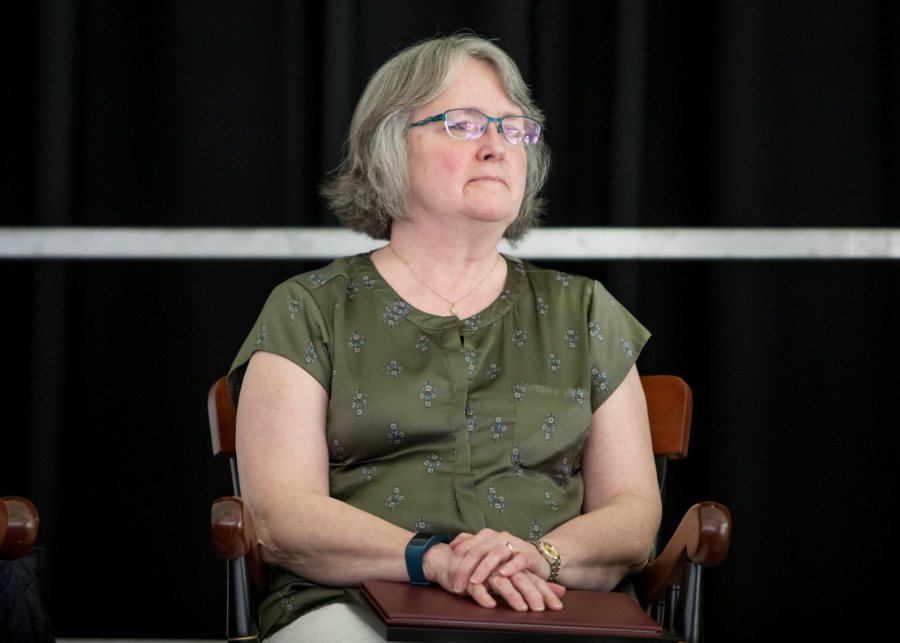 The citation for Garcelon’s award reads, in part:

In addition to her contributions as an employee of the college, Rae has volunteered repeatedly and tirelessly as a class officer…. Her devotion and commitment to the college is reflected in the enthusiasm and high attendance of class members at Reunion gatherings. Friends recount how Bates is her love and how she has always been present and engaged with the college, both as a student and alumna: As one former classmate puts it, “She is not just a person of our class, but the highlight of our class.” 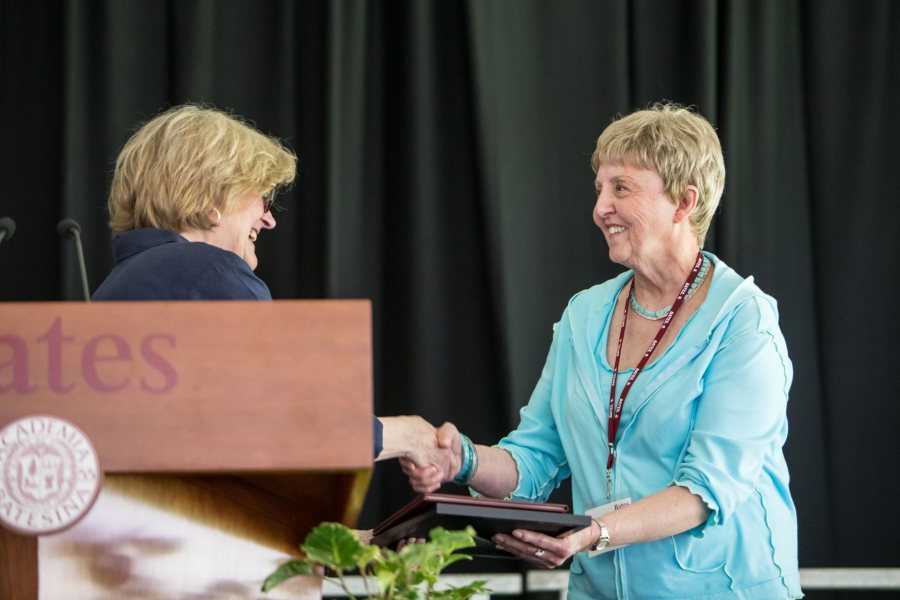 The citation for Buchanan’s award reads, in part:

Complementing [her]t training has been her willingness to work hard, which she attributes to her Bates education. In an interview for Bates, she remarked: “My greatest asset as a painter is that I’ve worked hard and consistently at it over the years. If I hadn’t had the experience at Bates, I’m not sure that I would have had the maturity to pursue my art as I have.”

For many years, Emily has been involved with a U.S. Department of State initiative called Art in Embassies, which places artwork in embassies around the world. It was through this connection that she was commissioned to paint the White House annual Christmas card in 2014. 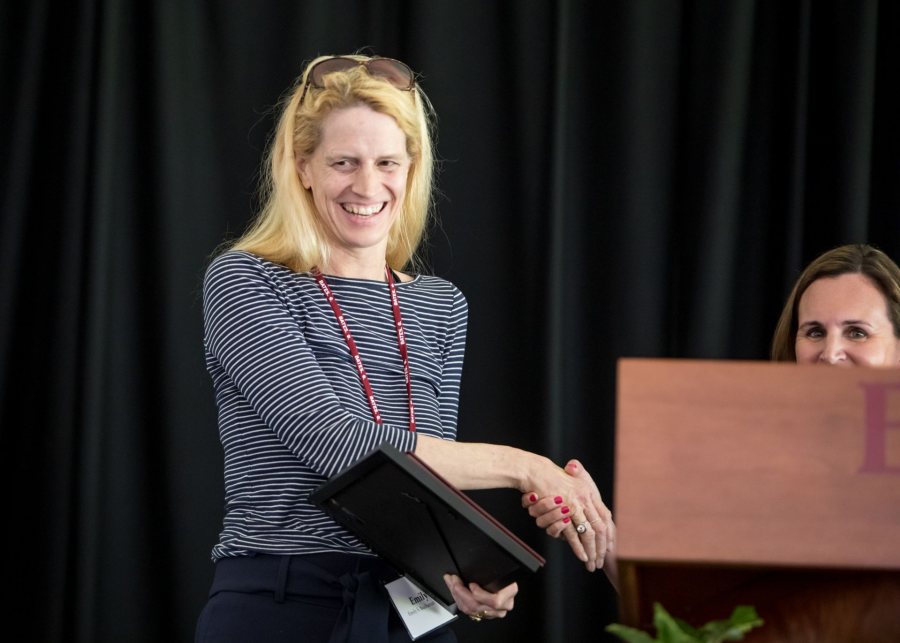