My Maine Summer: Baxter State Park’s Eben Sypitkowski ’05 and a ‘step back in time’

When Eben Sypitkowski ’05 was a child, he, his father, and two other father-son pairs went to Maine’s Baxter State Park to camp once or twice a summer.

On one of those trips, Eben thought it would be funny to “get lost” during a hike, hiding from the group and then stalking them for “what I thought it was a hilarious amount of time,” he says.

“It was long enough that my dad got really concerned, ran all the way up the trail to the summit of the Owl and didn’t find me there, and ran all the way back down. Once I finally made my presence known to one of the other fathers, he just kept repeating ‘“Stupid trick, stupid trick.'”

Nowadays, Sypitkowski stays in plain sight at Baxter, the home of Maine’s highest mountain and the Emerald City of wilderness recreation in the state. He became park director in 2018, after several years as Baxter’s resource director.

This Lewiston native has always been an outdoorsman: During his Bates years, he spent summers maintaining wilderness trails in Idaho, learning to keep a log of bear and wolf tracks at Yellowstone, and, with pants tucked into socks, counting fire ants on Mount Desert Island for a UMaine researcher. 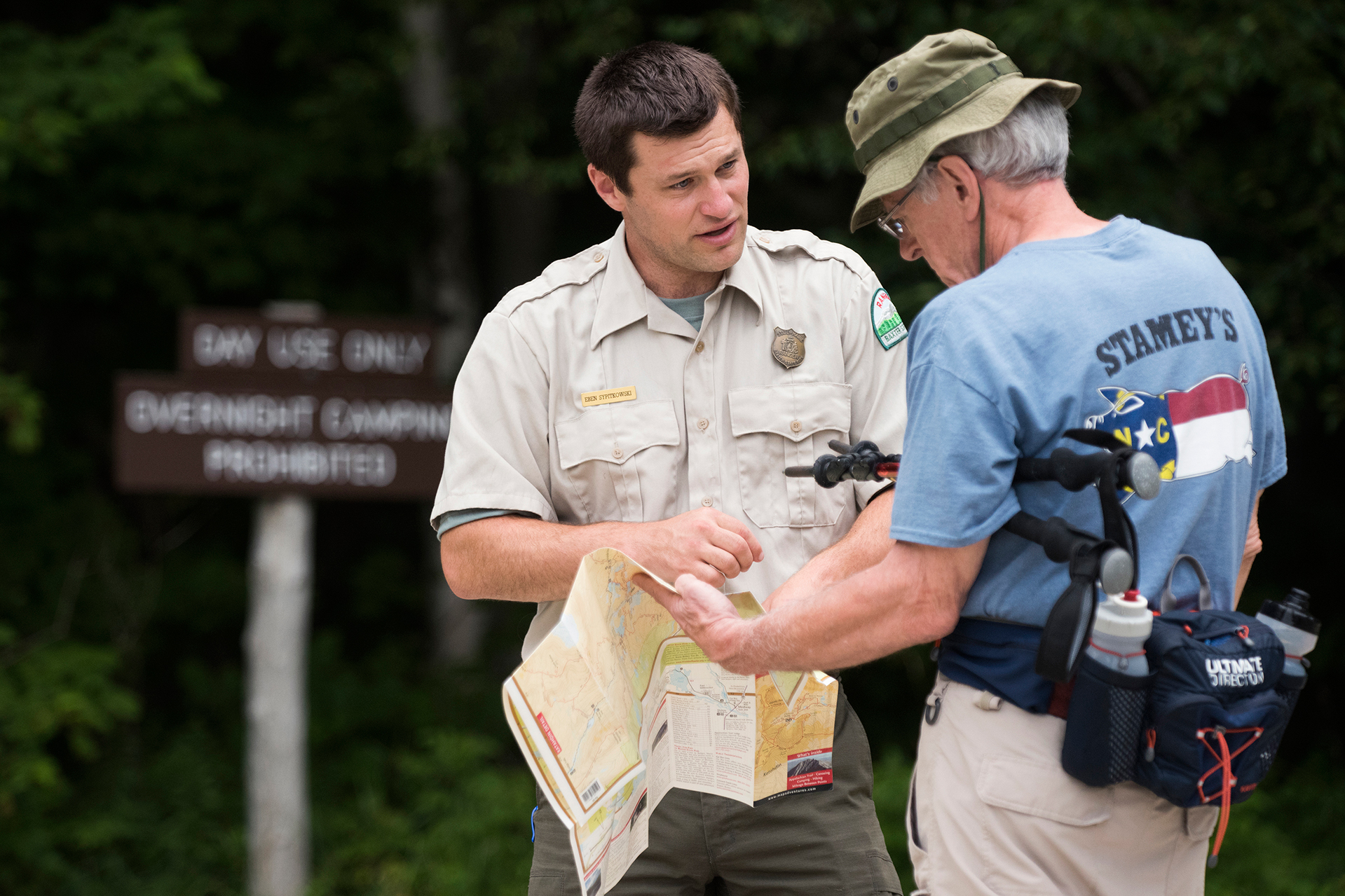 The summer before his senior year, Sypitkowski also did field research for his senior thesis in environmental studies — the field being coastal mudflats, where he researched marine worms and the people who harvest and sell them for bait.

It’s true that Baxter is a year-round destination — but with summer visitors totaling around 70,000, vs. 5,000 in the off-season, it’s also true that there’s something special about this unique Maine attraction in the summer.

Along with Baxter, where did your family go for summer fun?

Peaks-Kenny State Park, on Sebec Lake, was a particular favorite. And we did a lot of canoeing down the Down East rivers, the Narraguagus and the Machias and East Machias.

Is Baxter a symbol of Maine in the summer?

Maine as a whole offers a sense of a step back in time, back towards a slower time when the natural world was more a part of our lives. The park and Katahdin are just iconic expressions of that.

Which perhaps makes Katahdin a victim of its own success.

We’ve been trying to push people towards other places in the park. There are 40 other peaks and 200-some-odd miles of trail, only about 25 percent of which is on the mountainside. 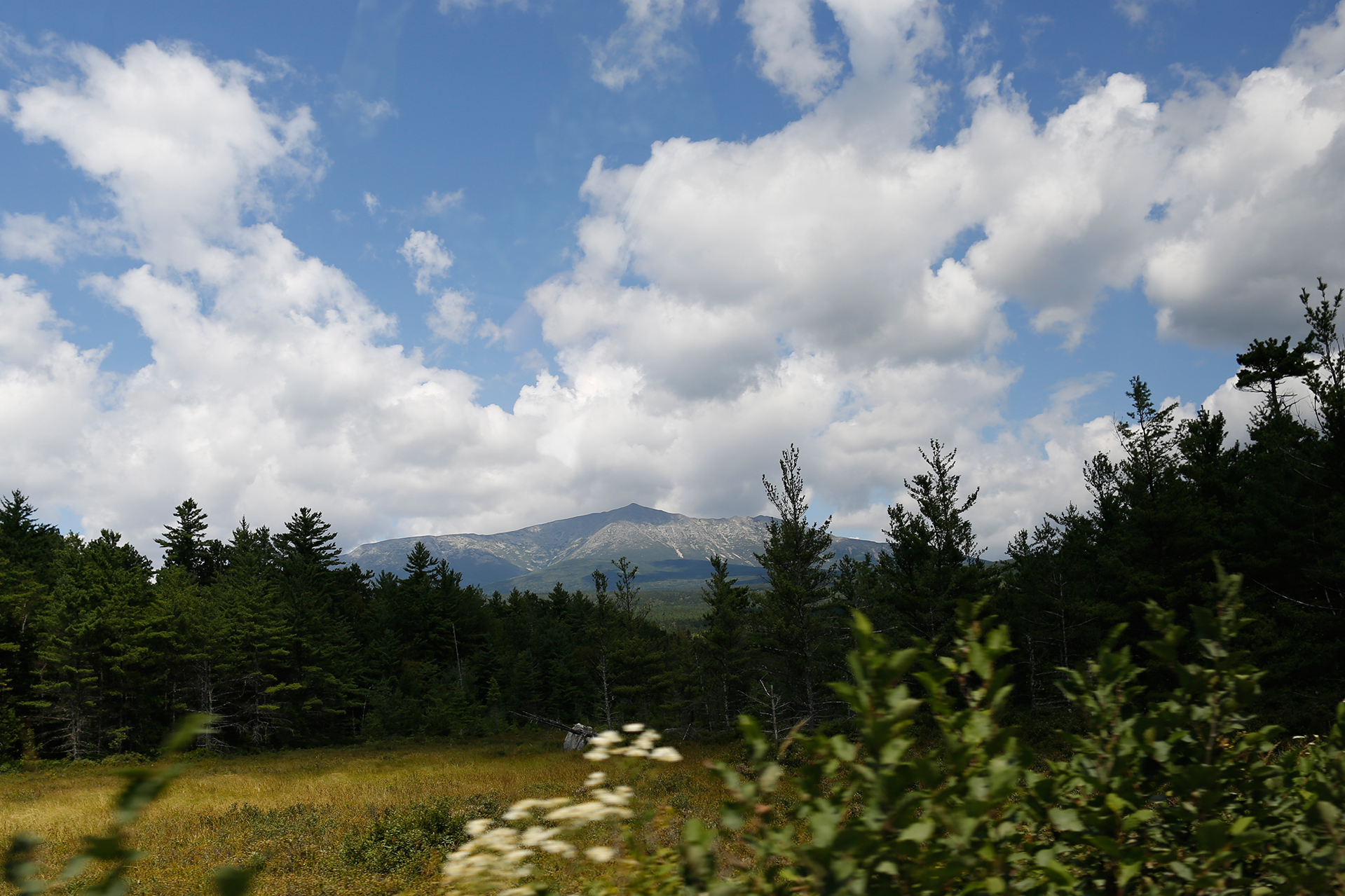 It’s hard for people to drive by that thing without wanting to be on top of it. I try to remind people who haven’t been able to get a day-use parking reservation, or have some other impediment to doing Katahdin: You know what? If you hike somewhere where you can see that thing, but you’re not actually on the mountain itself, it’s going to be an easier day and you’re not going to have much company, if any at all.

How does your work change between summer and the off season?

In the winter there’s often a focus on getting stuff to places, because it’s a lot easier to move, you know, a bunch of 6-inch cedar logs into Russell Pond on a snow sled than hiking them in — that’s pretty impossible.

And we do have some visitors in the winter, too, 4,000 or 5,000 folks coming through, typically at Chimney Pond. So there’s a bit of making sure that those folks are okay. But a lot of it is about hauling materials and revisiting policy.

Tens of thousands of people take their vacations at your workplace. Where do you and Lucy like to vacation?

Usually we’ll grab a couple of days here or there and head down to the coast. Hopefully, once Maisie, our 2-year-old, can walk far enough, we’ll head into the park and to someplace like Russell Pond for a few days.

Aha, the proverbial busman’s holiday. What other experiences of Maine in the summer would you like for Maisie to have?

I think all of them, right? One of the beautiful parts about Maine is that we’ve got this giant place with so many different ecosystems and nooks and crannies. 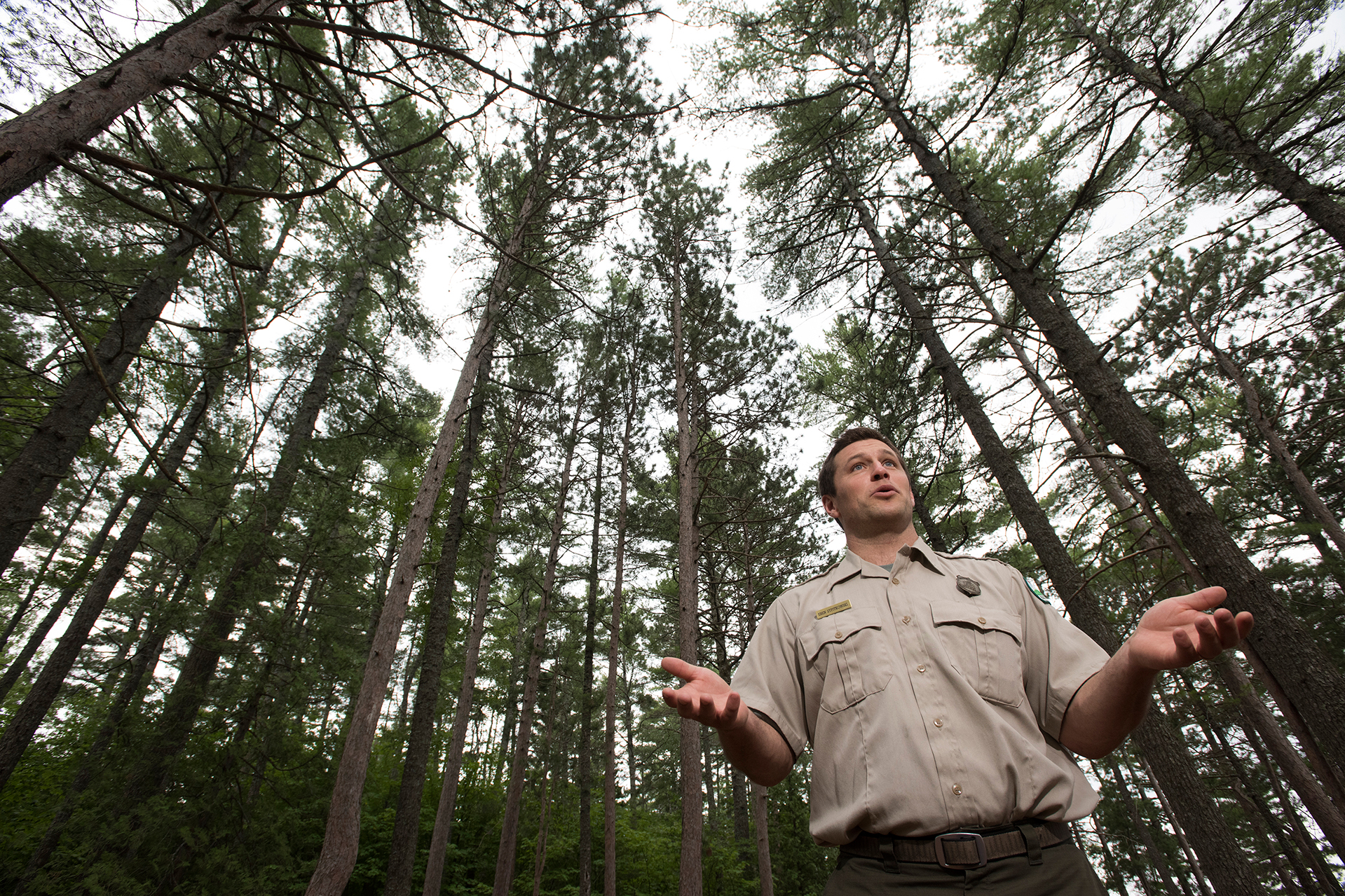 Eben Sypitlowski ’05 on the job at Baxter. (Kevin Bennett)

This is such a wild place to call by one name — you’ve got the coast, the mountains, the country of pointed firs Down East, the vast unorganized territory in the north. I just want to give her as a broad window on what’s possible in this place as I can.

For you, what are signs that summer has really begun — and is really over?

There are a couple of spots of snow that are on the south side of Katahdin, but they’re tucked into an east-facing slope. We saw them last year on July 4th, when Lucy, Maisie and I and some friends were headed to one of the Debsconeag lakes.

In the morning, those patches were there and by the time we came out in the afternoon they weren’t. It was so visible from so far away. This year, the same thing occurred on July 16.

How do I know summer’s over? It’s the bright colors on the bellies of brook trout coming up river to spawn, and just the fishing coming back. They’re harder to find in the summer. When those fall rains start falling, the water’s cooled down and the brook trout come back.