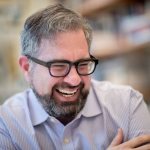 I am Professor and Chair of Politics at Bates College and an Affiliated Scholar of the American Bar Foundation in Chicago (www.abfn.org).  My research and teaching focus on American political development, constitutional law, and social movements, particularly LGBTQ socio-political and legal mobilization.

I have authored three books. My first, The Unfinished Revolution: Social Movement Theory and the Gay and Lesbian Movement (Cambridge University Press 2001), evaluates how the distinct political institutional environments of the US and the UK affected the development, strategies, and goals of the LGBTQ rights movements in each country. My second, book, American Politicians Confront the Courts: Opposition Politics and Changing Responses to Judicial Power (Cambridge University Press 2011), is a cross-institutional analysis that examines how changing understandings over time of loyal opposition has influenced elected branch relations with the federal judiciary. My most recent book, Fragmented Citizens: The Changing Landscape of Gay and Lesbian Lives (NYU Press 2016), utilizes concepts in the field of American Political Development, particularly the notion of a fragmented polity and the partiality of political change, to evaluate how and why inequalities for gay and lesbian citizens persist in the United States even as formal rules mandating equal treatment are put into effect.

I have also completed a fourth volume, co-edited with Stephen Skowronek (Yale University) and Bruce Ackerman (Yale Law School). The Progressives’ Century: Political Reform, Constitutional Government, and the Making of the American State (Yale University Press 2016) brings together over twenty political scientists, historians, legal academics, and economists to evaluate a century’s worth of progressive legal, political, and constitutional reform and to consider the resilience or exhaustion and to propose alternative formulations that might advance the cause of democratic renewal.

My latest ongoing project examines the concept of dignity in both the US and comparative constitutional context. I am interested in how dignity has been used in legal argumentation, especially in the context of LGBT rights litigation, and what the limits of that concept might be. The first article in this project is a collaboration with Timothy Lyle, assistant professor of English at Iona College. Our article in the Chicago-Kent Law Review, “Fucking with Dignity: Public Sex, Queer Intimate Kinship, and how the AIDS Epidemic Bathhouse Closures Constituted a Dignity Taking,” utilizes a queer theoretical lens to examine whether and how the bathhouse closures during the early years of the AIDS crisis in New York City and San Francisco constituted a dignity-taking. It then considers the limits of the dignity-restoration that is proceeding through Supreme Court rulings including Lawrence v. Texas, United States v. Windsor, and Obergefell v. Hodges. Another article in this project explores the conservative jurisprudential implications of “dignity,” and offers a developmental explanation of why same-sex marriage rulings may be more secure – from a conservative jurisprudential perspective – than rights related to abortion access and race equality. It is forthcoming in Constitutional Studies. Timothy Lyle and I are now collaborating on a book-length project that explores the unintended possibilities of dignity and its invocation in LGBTQ jurisprudence, public policy, and media.

The common aims of my research are to gauge how institutional and ideational environments motivate, constrain, or otherwise affect political behavior and to explain changes over time in legal and political outcomes.  And, within this framework, I have increasingly focused on topics and challenges that fall within LGBTQ+ studies.  To accomplish this, my work utilizes a variety of qualitative and historical methods and engages scholarship from multiple disciplines including political science, history, law, and sociology.

My research has been supported by grants from and fellowships with

“Engel addresses the meaning of citizenship for gays and lesbians living in the modern political era. Engel notes that this period has been marked by landmark victories for gay and lesbian activists, in both state legislatures and the courts. Why then do political inequalities persist in an environment marked by such high profile legal victories? Notably, Engel’s framework of choice is that most closely associated with those who study American political development; those political scientists seek to ‘explain changes over long swaths of time’ by looking at multiple orders of authority within the state: laws and policies, norms, discourses, familial relations, and even employee-employer dynamics, among others. After an exhaustive look at aspects of ‘variable recognition’ in the formal recognition of same-sex intimacy, the author concludes that despite these important legal victories, gay and lesbian citizenship remains unstable and fragmented insofar as there is an ‘incomplete recognition of citizenship status across space, time and issue.’ Recommended primarily for serious researchers, including faculty and graduate students.” Choice

“[Engel] supports his thesis well with detailed and thoughtful analyses of key legal cases and decisions over the last 50 years, keeping tightly to his conceptual framework and offering a solid structure for understanding the chaotic development of rights of sexual minorities in the United States.” Publishers Weekly

“Fragmented Citizens is a major contribution to the interdisciplinary literature on LGBT rights. The book is meticulously researched and brimming with fascinating historical details…. In delineating the five modalities of recognition of sexuality, Engel illustrates the value of a long historical view, capturing earlier modalities that have been eclipsed by the more familiar concepts of the present and the recent past. He demonstrated the way conflicting modalities, emerging from a fractured polity, produced inconsistent outcomes for gay and lesbian citizens. He wisely includes private authorities such as employers in his analysis of citizenship recognition, both because the private sector is a significant site of some forms of recognition and because private-sector trends may shape the contours of public policy development. And he acknowledges the intersectionality of forms of identity and marginalization especially in his lucid discussion of recent trends in equal protection jurisprudence.” Kathleen Hull, Contemporary Sociology.

“Engel contributes a new, significant piece to the historical understanding of the way that elected officials regard and interact with the US judiciary. By Engel’s analysis, conflicts between the elected branches and the courts have been dramatically reshaped, now taking the form of “measures that harness judicial power for political ends” rather than actions that more directly undermine judicial legitimacy. Engel identifies this trend on the strength of his own exhaustive and painstaking historical work, starting with the early republic and extending all the way through the George W. Bush administration. In the process, he helps readers newly appreciate how originalism, signing statements, filibusters, and other tools of political power really work. Though the title suggests the possibility of a slightly broader scope (Engel’s analysis of the conflict is primarily limited to partisan debates and disagreements), his study is still groundbreaking by any definition. Summing Up: Highly recommended.” Choice

“The Unfinished Revolution is remarkable for the elegance of its intellectual architecture.” The Gay & Lesbian Review

“Dynamics of Constitutional Development and the Conservative Potential of US Supreme Court Gay Rights Jurisprudence, or How Neil Gorsuch Stopped Worrying and Learned to Love Same-Sex Marriage,” Constitutional Studies (Forthcoming 2018)

“History of Racial Politics in the US” in Racism, Xenophobia, and Distribution: A Study of Multi-Issue Politics in Advanced Democracies. John Roemer et. al. (Cambridge: Harvard University Press and Russell Sage, 2006) http://www.hup.harvard.edu/catalog.php?isbn=9780674024953

“Making a Minority: Understanding the Formation of the Gay and Lesbian Movement in the US.” Handbook of Gay and Lesbian Studies. Diane Richardson and Steven Seidman, eds. (London: Sage, 2002) http://www.sagepub.com/books/Book209825