The Robinson Players is the one and only Bates College student theater organization. Founded in 1922, the club takes pride in being all-student run. From casting to directing, designing to stage managing, the students work independently to produce between six and ten productions a year.

Each season typically includes 1-2 festivals of one-acts, a main stage production centered around the theme of human rights (past productions have included The Vagina Monologues, The Laramie Project, and 8 The Play), a main-stage musical or comedy, and a production (typically a musical) to be performed for local elementary school students during short term – the ever-popular “Stages for all Ages.” Rob Players productions range in size from one-man shows to casts of over fifty students, faculty, and staff! 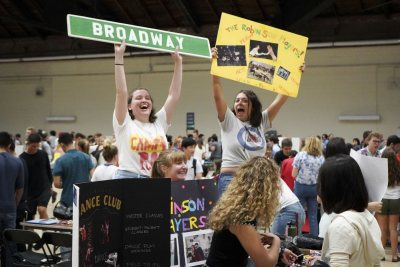 Join the Robinson Players for your theatrical amusement! Participants from all disciplines are highly encouraged to come check it out.

Visit their website http://www.batesrobplayers.com and check them out on Facebook The Bates College Robinson Players for more details.