Matthew Bodwell (’18) on his Fall semester in Freiburg 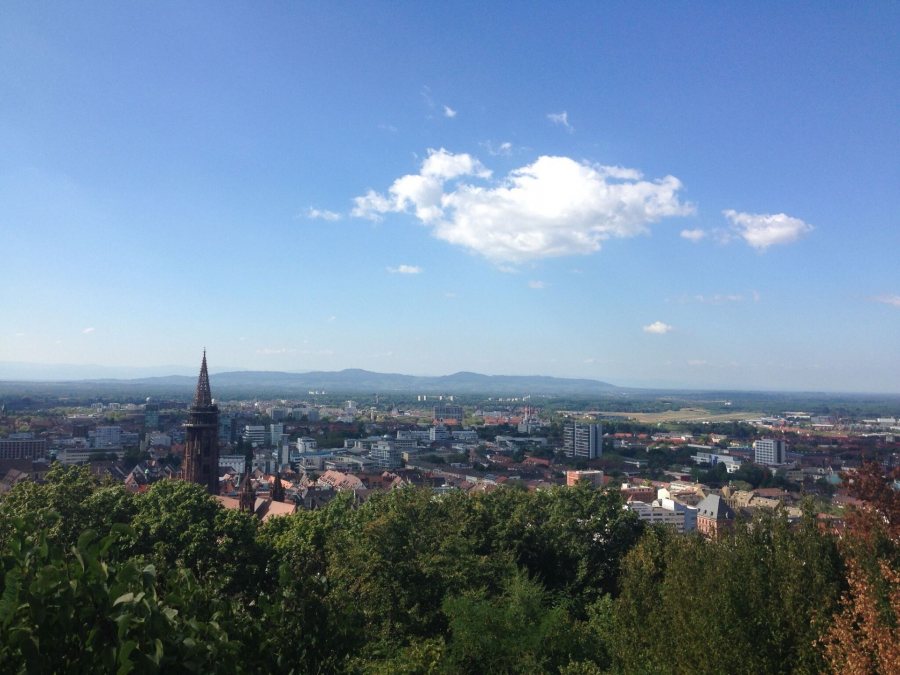 Freiburg, as seen from the Schloßberg, a small hill on the edge of the city center. (Photo: Matthew Bodwell)

I was privileged to spend the fall 2016 semester of my junior year studying abroad in Freiburg, Germany in completion of the IES Freiburg Language and Area Studies program. While I had many wonderful experiences, I will share five of my favorite memories during my time abroad, in no particular order. 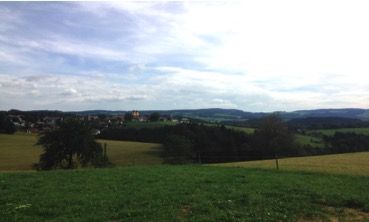 The Black Forest is a natural wonderland a short train ride away from Freiburg. (Photo: Matthew Bodwell)

On one of my first days in Freiburg, I was given a tour of the Schwarzwald by my host father, Bernd. The trees, mountains, rolling hills, valleys, and small villages were a calming welcome to a beautiful region. Bernd told me that he loved Freiburg because one can enjoy both the city life and the great outdoors with ease in the same day – and I soon learned how that made this place so special.

The Freiburg Minster (Freiburger Münster) is a beautiful cathedral located in the Freiburg city center. It is frequented by many visitors who attend religious services, learn about the building’s history and architecture, or grab a snack at the markets at its base. I enjoyed climbing the stairs to the top of the Münster with my friends and taking in the expansive view of Freiburg that it provides. 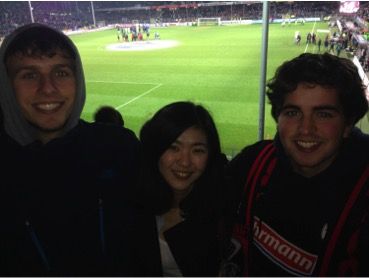 One of my goals while studying abroad was to attend a game between teams playing in the Bundesliga, the top soccer league in Germany and one of the top leagues in the world. Toward the end of my stay, a few of my friends in the program and I were able to land tickets for a match between SC Freiburg (Freiburg’s soccer team) and SV Darmstadt 98 at Freiburg’s Stadium, Schwarzwald-Stadion. Our tickets were inexpensive and allowed us to stand in the home fans’ section (Stehplatz), where we enjoyed a game with rowdy fans that ended in a nail-biting 1-0 Freiburg victory on a penalty kick.

4. Strolling through the Christmas Markets

At the Christmas markets (Weihnachtsmärkte), one can shop for different hand-made goods, watch street musicians perform, and enjoy a variety of snacks such as sweet, roasted almonds (gebrannte Mandeln). I was shown the Christmas markets by my host sister Stella, and visited them many more times with classmates, friends, and family!

Freiburg is located in southwest Germany, which makes countries such as France and Switzerland only a short bus or train ride away. I enjoyed making day trips to these countries with my friends and host family, where we visited destinations such as the European Union Parliament in Strasbourg, France, and the Swiss Alps.

Honorable Mentions: Eating Döner, running alongside the Dreisam River, and skateboarding in the Dietenbachpark in Freiburg.

My study abroad experience came full circle in June 2017, when my host parents Karin and Bernd, who were visiting friends in the United States, were able to make a stop in my hometown of Concord, New Hampshire and spend time with my family. During their stay, we shopped in Concord, explored the White Mountains, and swam in Silver Lake. 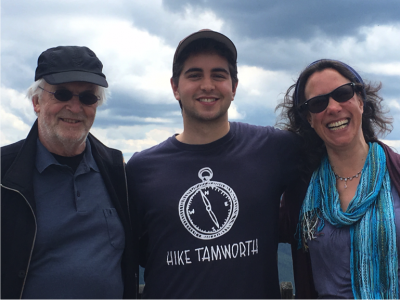