The six films that are screening at the second annual Tournées Film Festival this week and next have two things in common: They’re all in French, and they were chosen by current Bates students.

Otherwise, the films range widely in setting, style, and message — from a classic Jean-Luc Godard film to a coming-of-age story in Tunisia to an animated dystopia.

“One of my personal goals for the festival is to show the many different cultures, viewpoints, animations, and people that make up the French-speaking world,” says Trevor Fry ’19 of Groton, Mass., who along with Gillian Coyne ’19 of New York selected the festival films in the spring. 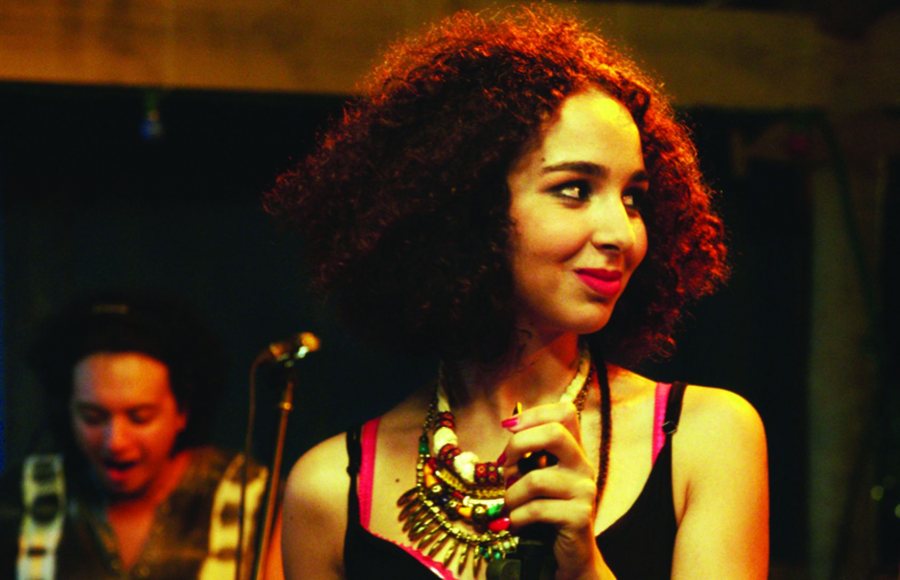 A promotional still from A peine j’ouvre les yeux (“As I Open My Eyes”), a Tunisian film to be screened at the Tournées Film Festival.

The festival, which began Oct. 30 and runs through Nov. 11, is sponsored by the FACE Foundation, which promotes French-American cultural exchange and supports film festivals on many college campuses.

The student organizers chose films from a list of several dozen that the foundation provided. One film had to be a classic in French cinema, but otherwise, they had plenty of wiggle room.

To pick the films and organize the festival, Fry, Coyne, and other French and francophone studies students drew from what they’d learned in their classes and in their work in the community: that French is spoken not only in France, but in African countries, in Canada, and in the United States.

“Our students are very sensitive to the idea that the French-speaking world is not just France, and that the francophone world has been dealing with this conflicting postcolonial history,” says Laura Balladur, a lecturer in French and francophone studies who advised the student organizers.

They also know that the multiplicity of French-speaking cultures extends to Lewiston.

“In Lewiston we have those with Franco-American roots, but we also have a big [French-speaking] immigrant population,” says Alyssa Frost ’18 of Boxford, Mass., a student organizer. “It’s up to us to go through all the synopses and find what resonates best with our community.” 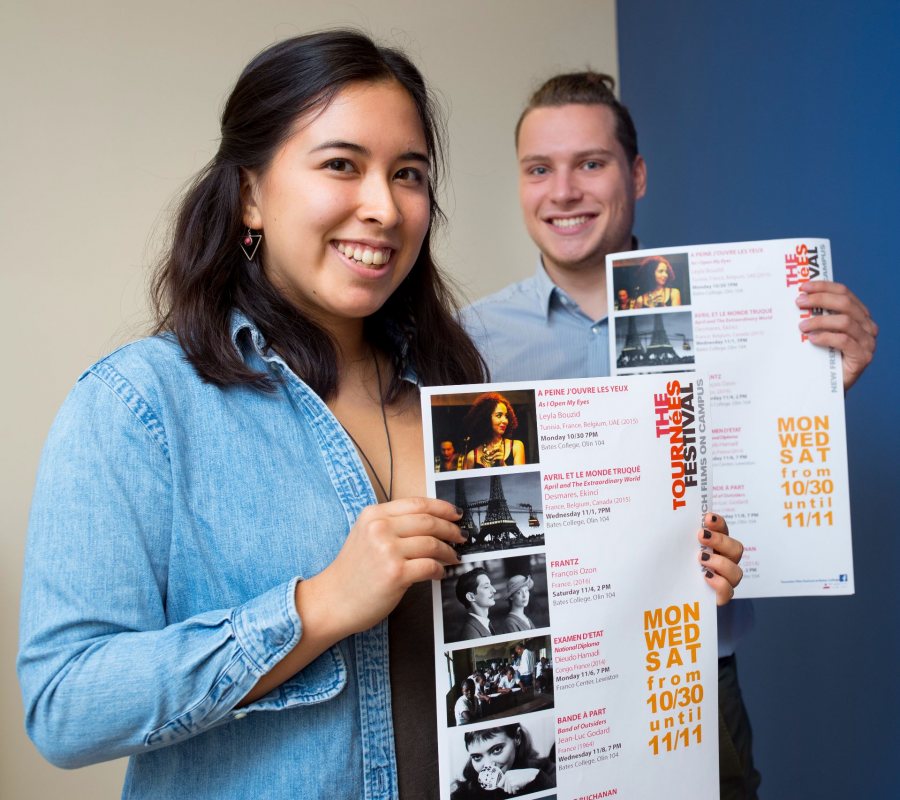 Alyssa Frost ’18 of Boxford, Mass. and Avery Margerum ’18 of Wyncote, Pa., pose with a poster for the Tournées Film Festival, starting Oct. 30. As members of the Francophone Club, Frost and Margerum helped organize the festival. (Phyllis Graber Jensen/Bates College)

The Franco Center, a community hub for French speakers and learners in Central Maine, serves both Franco-Americans and people with roots in French-speaking African countries, including the Democratic Republic of the Congo. 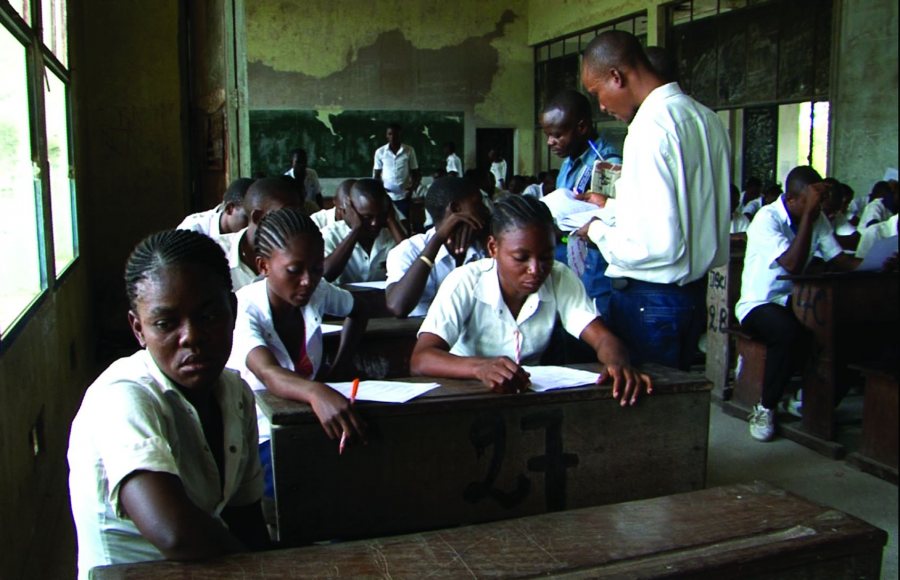 A promotional still from Examen d’état (“National Diploma”), a film to be screened at the Tournées Film Festival. Examen d’état will show at the Franco Center.

Each film will be followed by a panel discussion with students and faculty from a range of departments, like German, anthropology, and gender and sexuality studies.

The goal, Fry said, is to show that the French language is relevant and accessible from any perspective.

“Lewiston’s francophone heritage is sparkling, and this festival should serve as a tool to continue its renaissance,” Fry says. “By having a community-wide program with publicity both on campus and off, the film viewings and discussions can work as bridges between various francophones or toward people who are simply interested in learning more about our world.”

A peine j’ouvre les yeux, 7 p.m. Monday, Oct. 30: Fresh out of high school, 18-year-old Farah is butting heads with her mother over her beer-fueled, all-night outings with a new boyfriend and her refusal to enroll at medical school so she can pursue her dream of singing in a band.

Tunisian director Leyla Bouzid’s powerful debut is not only a striking portrait of a woman on the cusp of adulthood, but an insightful, complex look at life under a repressive political regime, with its compromises, commitments and corrosive effects on relationships. A reception opens the festival at 6:30 p.m., and a Q&A follows with professor Kirk Read and teaching assistant Khouloud Gargouri, both of the French and francophone studies department. (2010; 142 min.)

Avril et le monde truqué (“April and the Extraordinary World”), 7 p.m. Wednesday, Nov. 1: In an animated adventure set in a dystopian steampunk France where the Bonapartes still rule, scientists have mysteriously disappeared for decades: April, brilliant descendant of a long line of chemists, may be next.

Frantz, 2 p.m. Saturday, Nov. 4: After losing her fiancé, Frantz, during World War I, Anna discovers Adrian, a French friend to the German soldier for whom she grieves. Adrian draws Anna out of sadness and restores her hope, only to confess a terrible secret and disappear.

Examen d’état, 7 p.m. Monday, Nov. 6, Gendron Franco Center, 46 Cedar St., Lewiston: In the Congo, passing the national baccalaureate exam opens the doors to university and a career. Failing the exam is a ticket to a lifetime of menial work.

Filmmaker Dieudo Hamadi’s documentary follows a group of students through the exam to the nerve-wracking announcement of the results, providing an indelible portrait of education’s role in Congolese society. $5 suggested donation. A Congolese-themed reception with music and food precedes the screening at 6pm, and a Q&A follows with professor Elizabeth Eames, anthropology, and Héritier Nosso, who worked as a lawyer in Kinshasa. (2014, 90 min.)

Bande à Part (“Band of Outsiders”), 7 p.m. Wednesday, Nov. 8: New Wave director Jean-Luc Godard depicts a heist carried off by the unlikely trio of two shiftless Paris guys and the moony au pair they both love. The film puts Godard’s love of B-movies and detective novels front and center, but is at its most exhilarating with its famous “digressions”: the legendary line dance in a Paris cafe and the whirlwind trip to the Louvre.

The buoyancy of this ode to youth, Paris and cinema was quickly replaced in Godard’s oeuvre by the harder edges of his late-’60s political films. Q&A follows with Professor of English Steve Dillon. (1964, 95 min.)

Fort Buchanan, 2 p.m. Saturday, Nov. 11: The feature debut by Benjamin Crotty, a promising Paris-based American director, is an inspiring indication of the way forward for queer cinema. “Fort Buchanan” follows the loves and losses of a group of army wives and husbands over four seasons.

Everything about this community defies expectations, yet underlying this fanciful remix of reality are subtle but steady reminders of darker truths. A reception marking the close of the film festival precedes the screening at 1:30pm, and a Q&A follows with professors Jacob Longaker, politics, and Jay Sosa, of the gender, sexuality and women’s studies program at Bowdoin. (2014, 65 min.)