This year, at least seven Bates alumni traveled to Antarctica to conduct or document research.

They spent the Antarctic summer, which is Maine’s winter, taking samples, transporting hundreds of tons of gear, or sticking cameras on the backs of seals. In doing so, they hope to uncover the secrets of Antarctica’s glaciers, fossils, and living mammals; what they find might teach us more about our world and beyond.

This is Part 1 of a series about Bates alumni who spent this winter in Antarctica.

Part 4: The secrets of the lakes

Each week in this series, we’ll introduce you to different alumni and their projects, asking what it’s like to live and work on the bottom of the world.

Up first: Glaciers move, advance, and retreat over time. How does temperature affect their travel, and what can the last ice age tell us about today’s climate change?

In December and January, Brenda Hall ’90 and Allie Balter ’14 set off into a remote spot in the Transantarctic Mountains to find out. They spent weeks taking samples of rock and algae in an effort to figure out where the glaciers of 20,000 years ago went.

“We’re interested in how the ice sheets there have changed in the past and how that relates to changes in climate over time,” Balter says.

Brenda Hall ’90, a professor in the University of Maine School of Earth and Climate Sciences; Allie Balter ’14, a graduate student in the same school; and two UMaine undergraduates, Laura Mattas and Tyler Pollock. 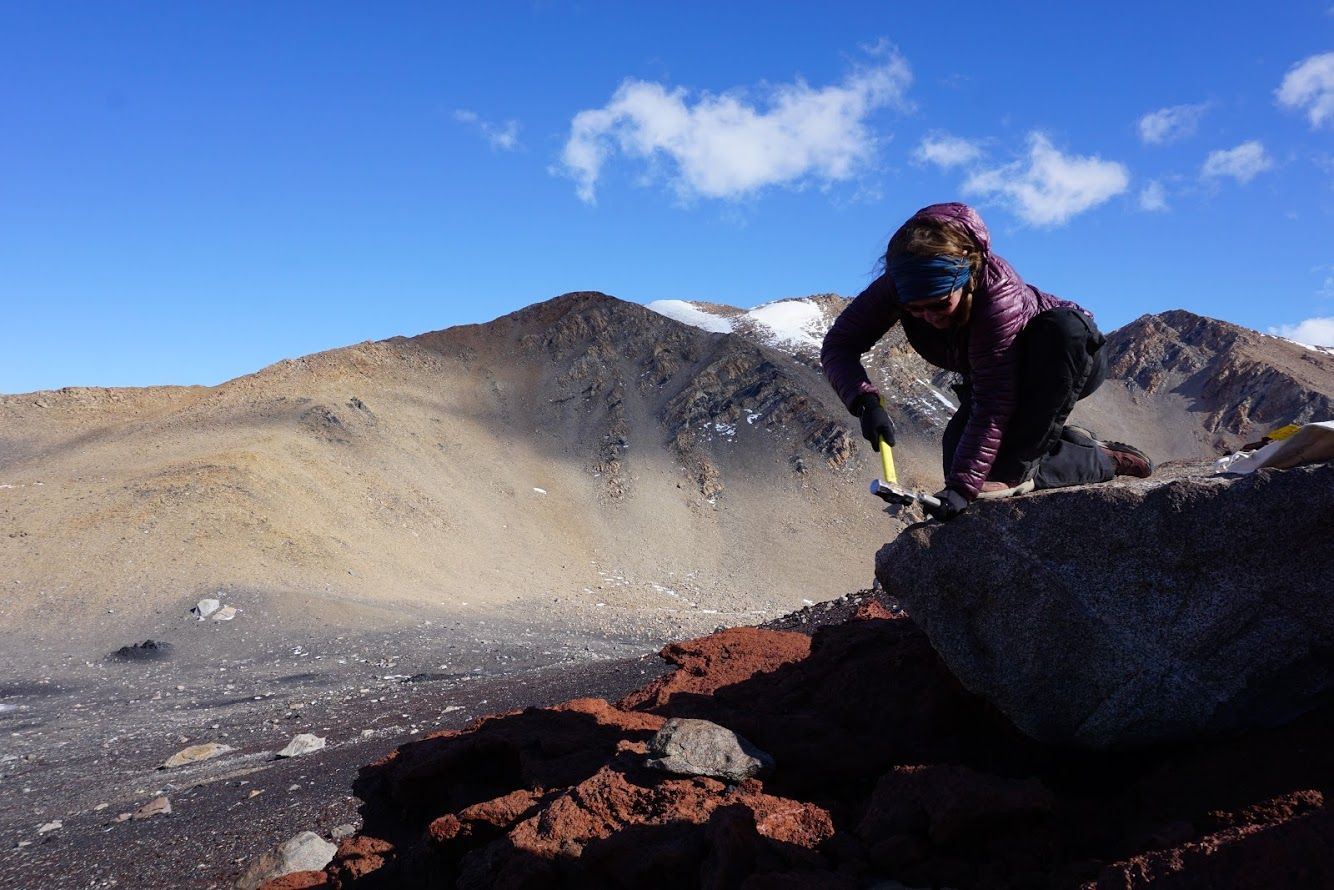 Allie Balter ’14 samples a boulder using a hammer and chisel in the Royal Society Range during the 2016–17 season. (Courtesy of Allie Balter)

Balter became interested in the Arctic when Professor of Geology Mike Retelle took her on a research trip to Svalbard, above the Arctic Circle. The frozen Arctic sparked something: “I decided I really loved glaciers and how climate has changed in the past.”

Number of trips to Antarctica 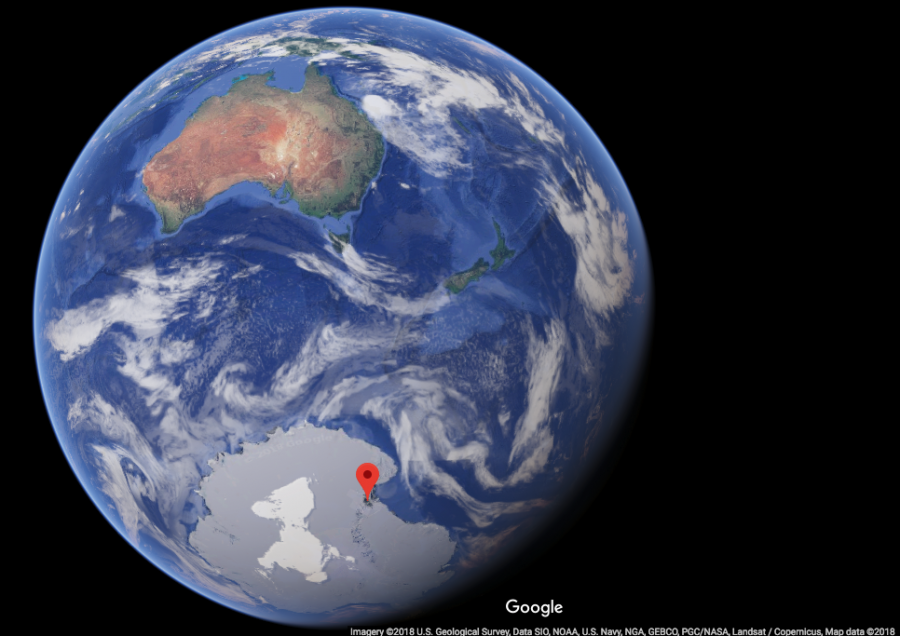 The team set up three camps in the Royal Society Range in the Transantarctic Mountains, south of Australia and New Zealand. It’s one of the few places on Antarctica not covered by kilometers-thick layers of ice — but it used to be.

How to get there 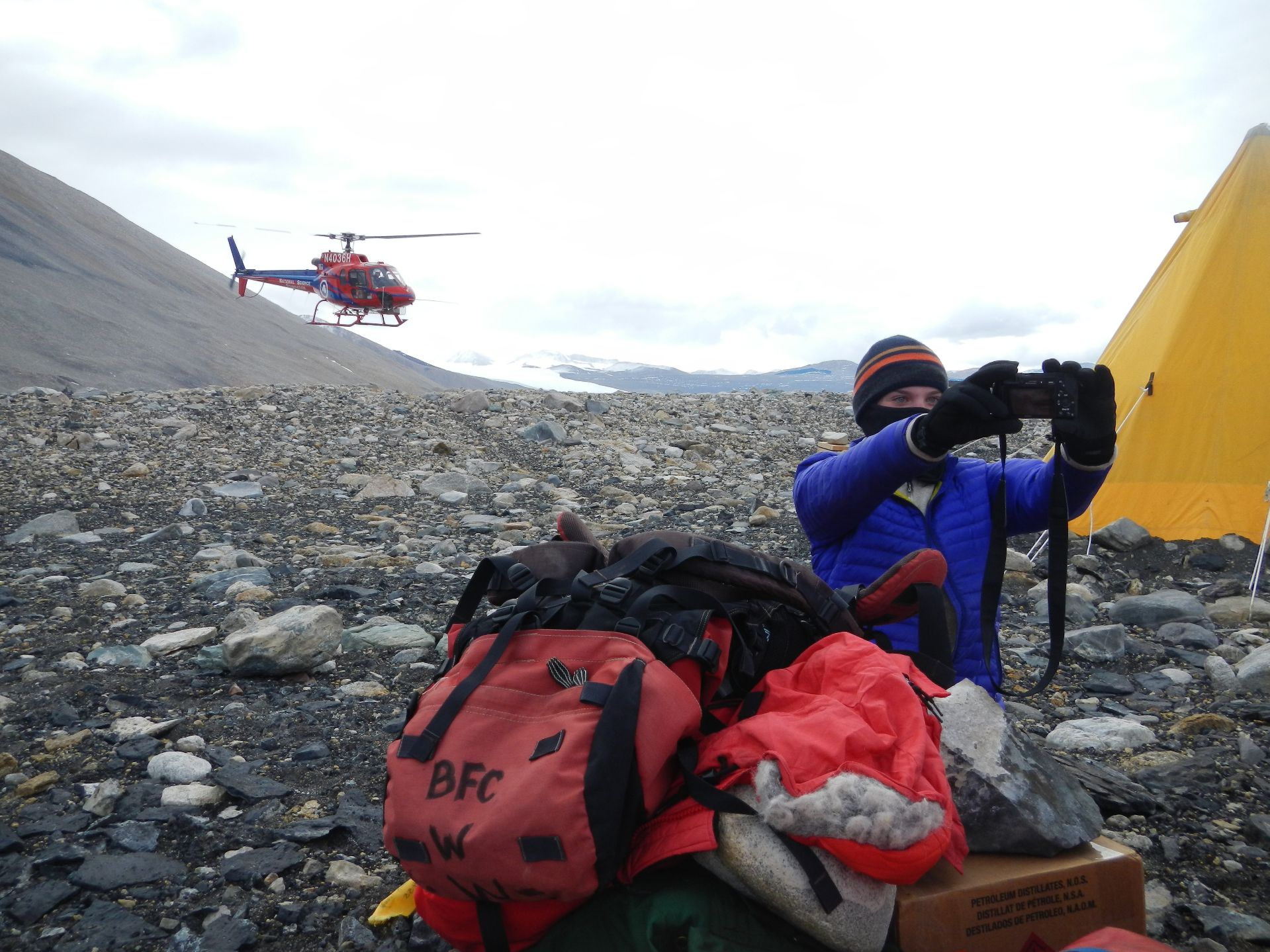 University of Maine student Laura Mattas takes a selfie after a helicopter dropped off her team following a day trip. (Courtesy of Allie Balter)

“Then, you get on a plane along with other scientists. You go to McMurdo Station, the biggest U.S. research station. It’s kind of like a little town; there are a cafeteria, dorms, and places to get all your field equipment, tents, sampling equipment, and sleeping bags. You spend about a week there getting your gear for the field ready to go. There’s a bunch of trainings.

“You then take a helicopter to the site in the mountains.” 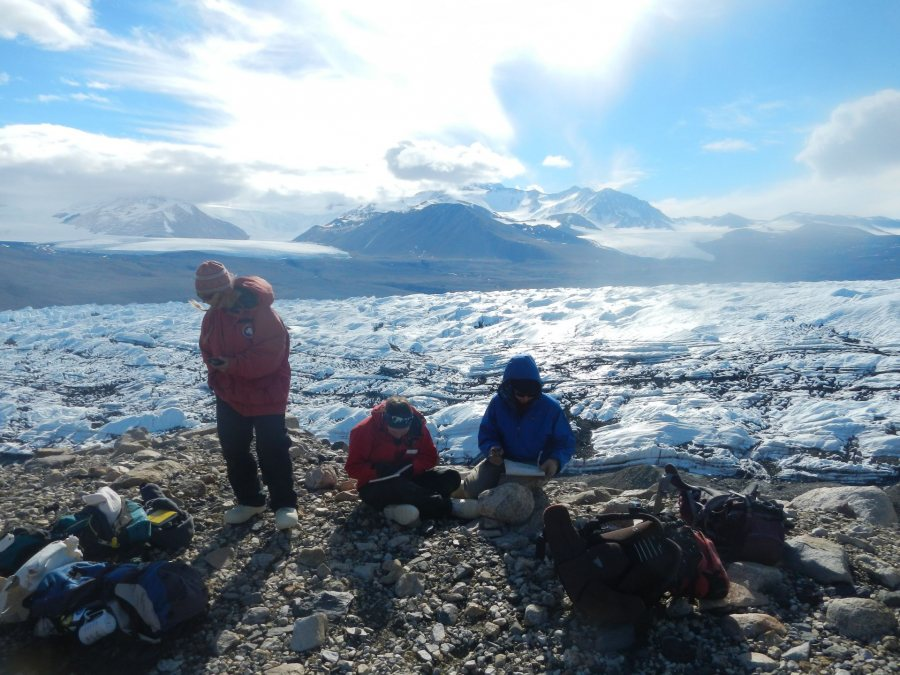 Brenda Hall ’90 and UMaine undergraduates Laura Mattas and Tyler Pollock take notes about a boulder they’re about to sample. (Courtesy of Allie Balter)

Retreating glaciers are like conveyor belts, Balter says: Rocks and algae slide to the end of the glacier and are deposited in its trail, leaving records of where the glacier was. “9,000-year-old algae embedded in the sand give you a good idea of where the glacier used to be.” By taking samples, the UMaine team hopes to determine how far a particular glacier advanced during the last ice age and how temperature correlates to the glacier’s movement.

“The end of the last ice age is a particularly good example of rapid global warming, and it may give us a better indication of what may happen to the ice sheet as our climate warms today,” says Balter. 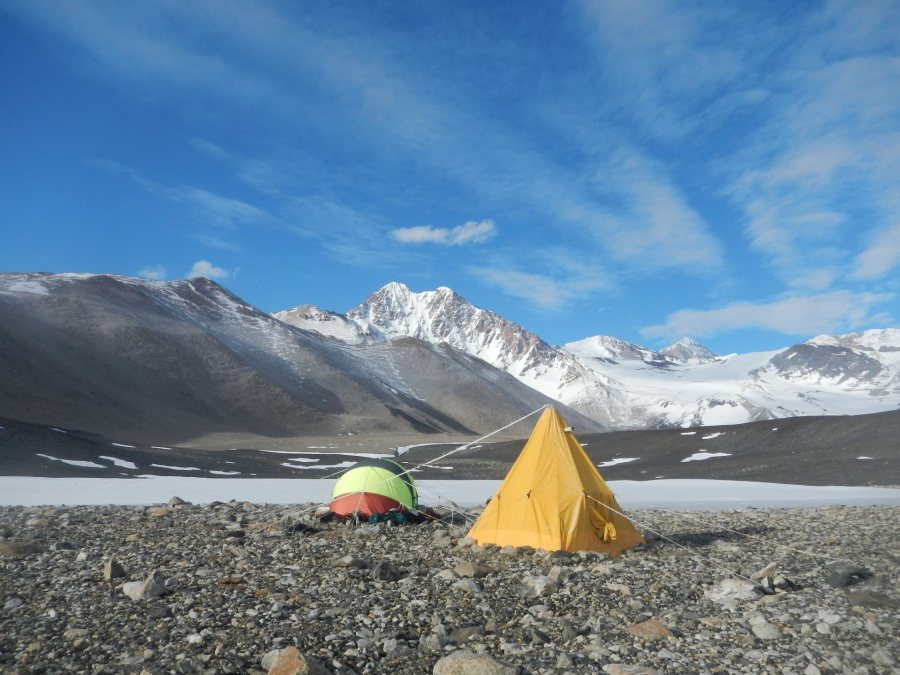 The UMaine team’s campsite at Roaring Valley in the Royal Society Range. On the left is a cook tent; on the right a Scott tent, whose design dates back to the early 20th century. (Courtesy of Allie Balter)

The group slept in Scott tents, a style of tent that dates back to the first South Pole expeditions in 1912.

“We’d wake up at maybe 7 in the morning, make oatmeal for breakfast on our cookstove, and hike anywhere between two and 12 miles to take rock and algae samples,” Balter says. “At the end of the day, we’ll carry all those back to our tent, and for dinner we’d have frozen meats and cheese and pasta.”

The sound of silence 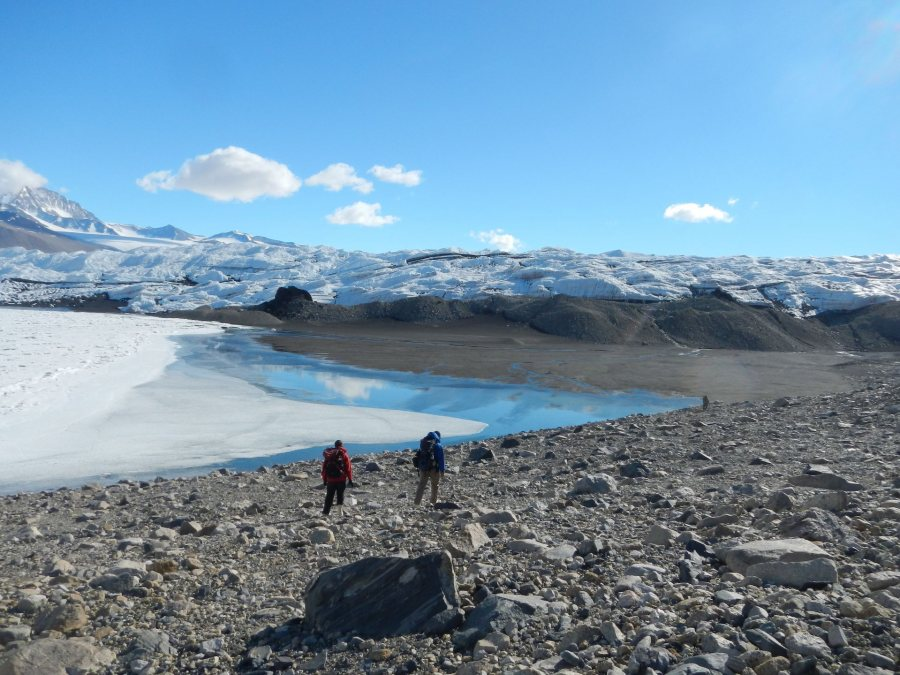 Mattas and Pollock walk at the edge of Trough Lake towards the margin of Koettlitz Glacier. (Courtesy of Allie Balter)

“If the wind’s not blowing, there’s no noise at all,” Balter says. “There are no animals and no trees and vegetation. It feels like you are on Mars.”

And in some places, it’s not all that cold; temperatures hover at or above freezing during the Antarctic summer. “It’s warmer there in January than it is in Maine,” says Hall.

Balter curates a blog of the team’s research.

Bates Club of Antarctica: Fossils and beach volleyball on a glacier

Homing in on Green Design