After ranked-choice tabulation in Maine, a second Bates alumnus heads to the 116th Congress — national media 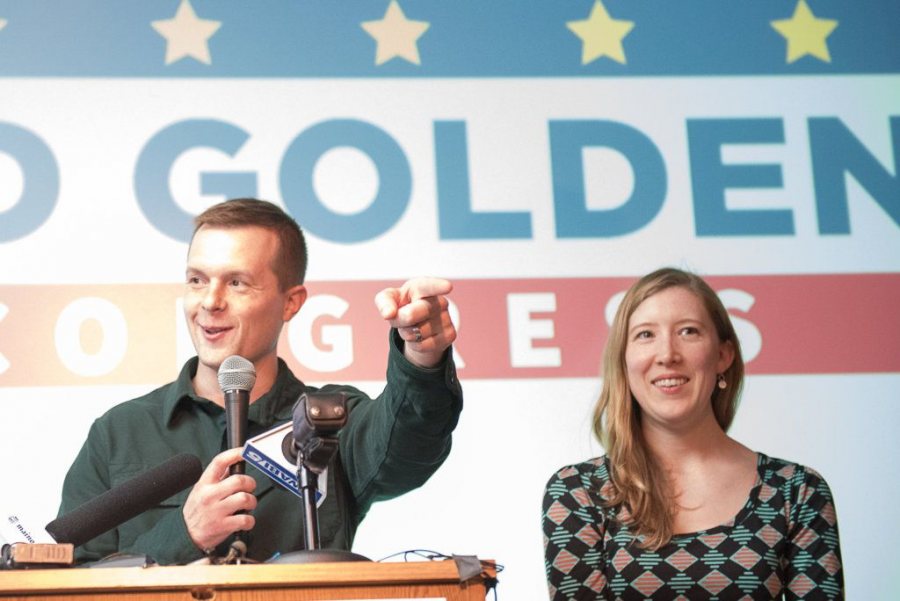 Jared Golden ’11 greets his supporters at the Franco Center in Lewiston late Tuesday night. On his right is his wife Isobel Golden ’11. (Russ Dillingham/Sun Journal)

Golden’s election took more than a week to decide because neither he nor incumbent Bruce Poliquin got a majority, so the election was decided by Maine’s new ranked-choice voting format.

The Portland Press Herald reported that Golden, “made history by winning the nation’s first congressional election to use ranked-choice voting, enabling him to erase an initial deficit by securing the second- and third-choice votes of people who cast their ballots for two independents.”

Golden is the first candidate to unseat an incumbent in the 2nd Congressional District in over 100 years.

Golden, a native of nearby Leeds, served in the U.S. Marines in Iraq and Afghanistan prior to entering Bates, where he majored in history and politics. Since 2014 he has served in the Maine House of Representatives, representing part of Lewiston.

The two Congressmen-elect become the eighth and ninth Bates alumni to serve in the House since the college was founded in 1855, and the second time two Bates alums have served in Congress together. The first was between 1933 and 1935, when Carroll Beedy and Donald Partridge, both Republicans, represented Maine’s 1st and 2nd districts, respectively.

The story by NBC Left Field, the experimental video unit of NBC News, says that West Garfield Park has a far lower life expectancy, due to poverty and violence, than downtown Chicago.

“When you look at all the social determinants, it’s because it’s a food desert, it’s because it doesn’t have high- quality education, it’s ridden with gun violence and drug infestation,” says Hatch, who earned graduate degrees at the University of Chicago after majoring in politics at Bates.

In response, Hatch created the Maafa Redemption Project (maafa is a Kiswahili word that means “great disaster” and refers to the transatlantic slave trade) to give young men stable housing, mentors, job training, and identity and purpose development, and, in turn, to strengthen their communities.

According to NBC, more than 90 percent of Maafa Fellows subsequently enroll in community college or work in construction.

“We wanted to see what impact we could have with the young men in our neighborhood if we created an oasis of opportunity.” 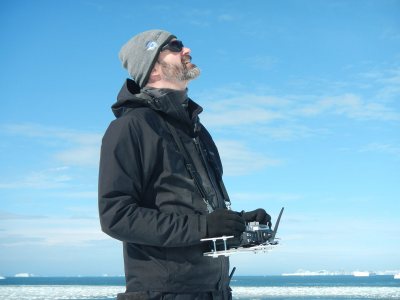 As sea ice melts and leopard seals have fewer floes to rest on, they’ve moved closer and closer to land, where they attack and decimate fur seal populations, Krause said.

“What we’re seeing is extraordinary,” said Krause, a research scientist who has visited Antarctica 12 times since 2002. “No one saw this coming.”

Melting sea ice is actually better for humpback whales, said Friedlaender, who’s made dozens of trips to Antarctica since the late ’90s — they have more open ocean and more time in which to hunt for krill, fueling a population boom.

David James of the Fairbanks, Alaska, Daily News-Miner  profiled Christa Mulder ’88 as part of a series on immigrants in Alaska. 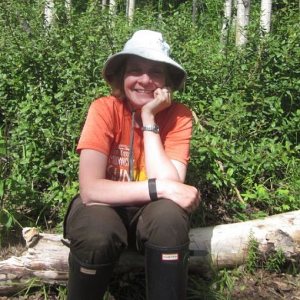 Christa Mulder ’88 is a professor of plant ecology at the University of Alaska–Fairbanks. (Courstey of Christa Mulder)

Mulder says her globetrotting has given her helpful life skills.

“I learned to make friends with people of all different ages, and I also became very flexible,” she told James.

“I don’t think you could have taken me at age 20 and plopped me down on Banks Island in the middle of nowhere with three other people after a several-hour [flight in a Twin Otter] if I hadn’t gone through the experience of being moved around and being plopped in a new place every so many years.”

The exhibit, which was first shown at Bates, consists of “nine videos that are performance-based and a new piece that welcomes the public to use a sledgehammer to make their mark on five steel fabricated cubes,” wrote reporter Madysen McLain.

“I want the audience to engage in the piece, physically and emo­tionally, and I want to remove myself from the work,” Gilmore told The Daily Evergreen.

Newspapers throughout Massachusetts, including The Boston Globe and Boston Herald, reported a Tom Lopez ’69 milestone: On Oct. 19,  he won his 300th career game as the longtime head football coach at Lincoln-Sudbury Regional High School.

Lopez is just the fifth high school football coach in Massachusetts to win 300 games, according to MetroWest Daily News. 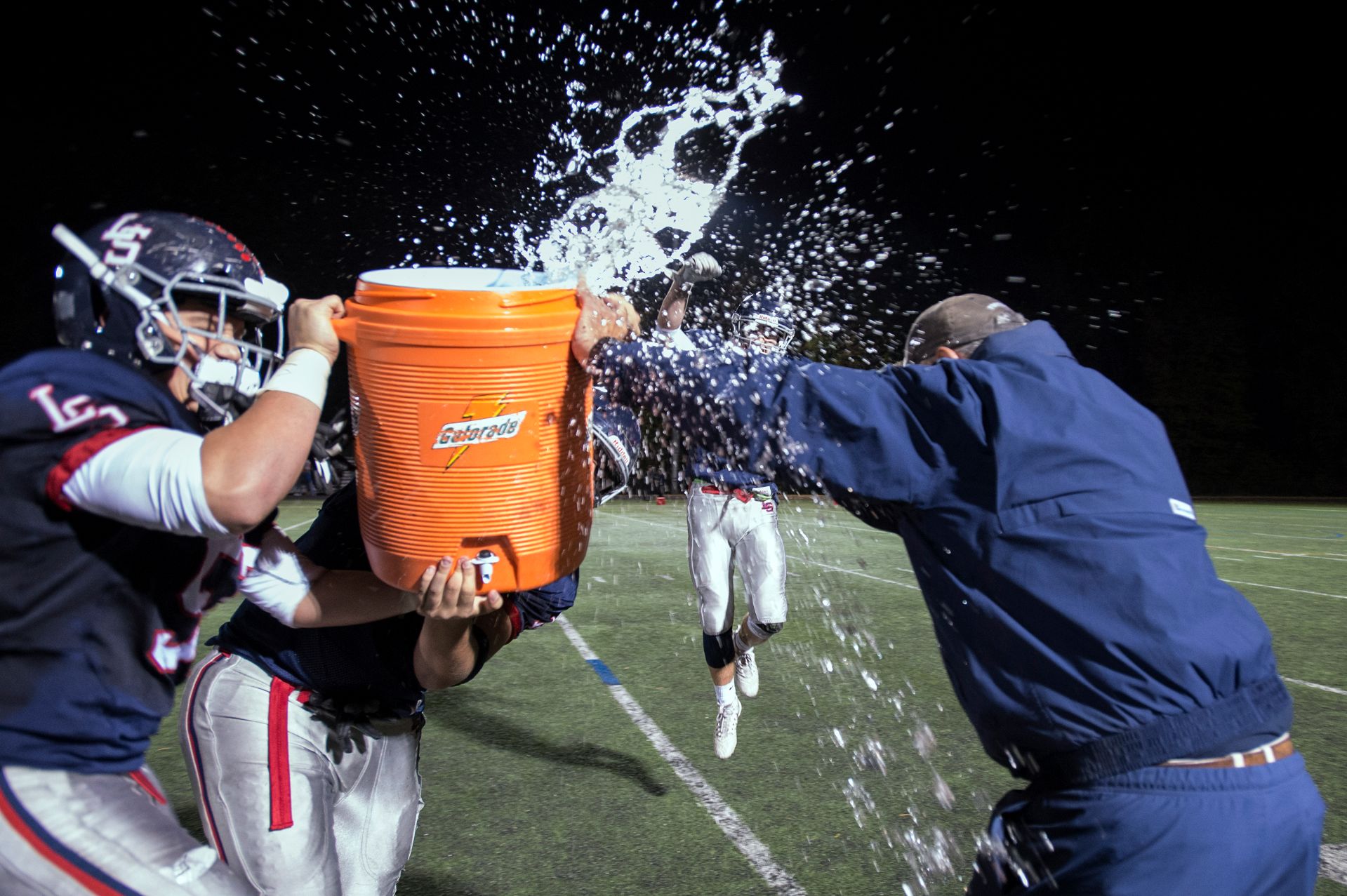 An outstanding end at Bates, Lopez won his first game as a head coach 40 years ago, on Oct. 14, 1978, in his first season as varsity coach. 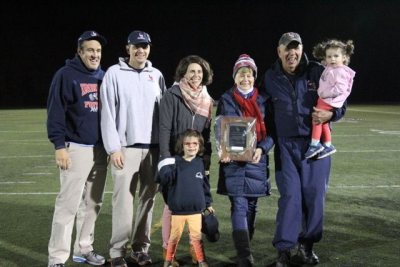 He has since led the school to seven Massachusetts Super Bowl appearances and 18 Dual County League titles. Lopez deemed the celebration “very neat,” but told the Globe that his main takeaway from the victory was his team’s higher seed in the upcoming playoffs.

“You’re always looking forward,” he said. “As a coach, you’re always thinking about the next opponent.”

Lopez, who was featured on the Bates Bobcast following the victory, recalled being “very fortunate” to play under coaches like Bob Hatch, Bob Flynn, and Chick Leahey ‘52 at Bates.

The Class of 1969, he said, had more than a dozen players on the football team, and “were extremely close-knit, and I’m still close with many of them, and see them on a regular basis.”

The book, written for middle-grade readers, tells the story of Field, who spearheaded the effort to lay a cable from Newfoundland to Ireland — only to see it break down just a few weeks after going live.

Cowan said she used a variety of research methods to learn about Field’s life, from web searches to keeping track of his travel dates on calendars to talking to Field’s relatives to spending “many hours at the Bates College library, not far from my home.”

“I’d like young readers to get a glimpse of a persistent man, and to realize that they too can dream, can aspire to achieve lofty goals, and with perseverance, can achieve them,” Cowan told Kalb.

Seacoastonline reported that Lucy Brennan ’14 was hired as an AmeriCorps VISTA volunteer to help the town of York, Maine, study energy data and develop clean-energy policies.

An environmental studies major at Bates, Brennan will collect energy use data, create a model using that data, and recommend policies.

She is also the sustainability program coordinator for the city of South Portland, Maine (where she works with sustainability director Julie Rosenbach, who formerly did that job at Bates).

The fungus on campus — BrandeisNOW

Eric Chasalow ’77, the Irving Fine Professor of Music at Brandeis University, took Brandeis’ media relations director Julie Jette and videographer Tarah Llewellyn on a tour of the school’s campus, with a particular eye on the abundance of mushrooms growing there.

A biology and music major at Bates, Chasalow dedicated his professional life to the latter but has an abiding interest in mycology (the study of mushrooms) and foraging. 2018 was a bumper year for the fruit of the fungus; “Chasalow has seen varieties he never spotted before,” wrote Jette.

For Chasalow, “walking and seeking help him create a mental space that helps fuel the creativity needed to compose complex works of art,” Jette wrote.

Evelynn Hammonds L.H.D. ’11, a Harvard professor and Bates trustee, was elected to the National Academy of Medicine, in which membership “recognizes individuals who have demonstrated outstanding professional achievement and commitment to service.”

Hammonds was elected “for being one of the nation’s most influential historians investigating the relationship of race, science, and medicine, and [for] her work in clarifying the use of the concept of race as it relates to important health disparities.”

At Harvard, she is the Barbara Gutmann Rosenkrantz Professor of the History of Science, professor of African and African-American studies, and chair of the department of the history of science.