By Nicole Hastings. Published on September 29, 2014

Bates is Represented at the Acadia Night Sky Festival 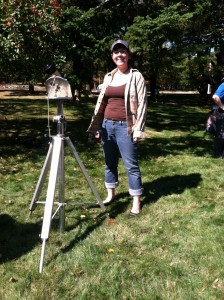 Nicole Hastings, Assistant in Instruction for the Bates Physics and Astronomy department, represented Bates College at the Acadia Night Sky Festival on September 27th, 28th, and 29th. With the use of the department’s Coronado solar telescope and the eight inch Celestron telescope, Nicole educated the 2000+ participants in dark sky observation and in heliophysics (the study of the Sun and its effects on Earth).

The Acadia Night Sky Festival is an annual event supported by a collaboration of Acadia National Park, the Abbe Museum, College of the Atlantic, Friends of Acadia, The Jackson Laboratory, Mount Desert Island High School, the Bar Harbor Chamber of Commerce, and by volunteers and local astronomy clubs. Each day of the festival was filled with solar observations, star parties, dark sky appreciation events, and educational lectures. Every year the number of participants in the festival doubles as the event gains more national attention. 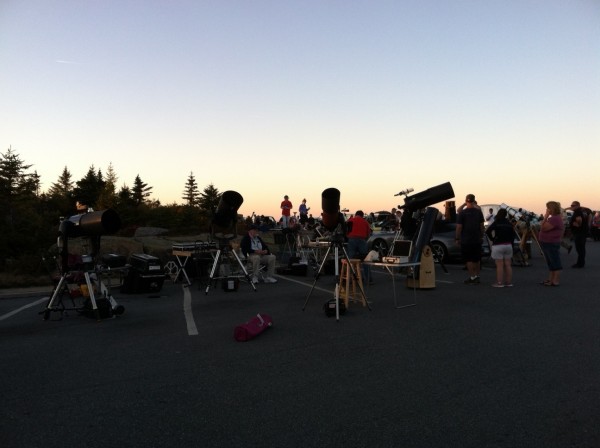