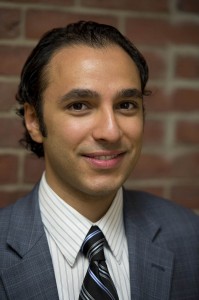 All beginning their Bates careers as assistant professors, they are:

Raluca Cernahoschi and Jakub Kazecki, who were hired in a joint appointment to the German faculty;

(Bates has also engaged biologist Larissa Williams, who starts at Bates during winter 2013, and historian Lydia Barnett, who begins teaching at Bates in autumn 2013.)

Read a profile of Akhtar. 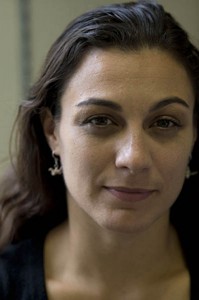 Appointed assistant professor of religious studies and of classical and medieval studies at Bates, Akhtar studies the complex interactions among political, religious and intellectual establishments in Europe and the Islamic world in medieval and early modern times.

Akhtar is a native of New Jersey. Prior to Bates, he taught at Bard College and at New York University, where he received his doctorate in both history and Middle Eastern studies. He completed his bachelor’s degree at Cornell in 2004.

Read a profile of Boggia.

Appointed assistant professor of dance at Bates in 2012 after two years at the college as a visiting faculty member, Boggia employs sophisticated technology in her art and teaching.

Boggia served as acting director of the Bates dance program in 2010-11 after teaching at Wesleyan University and at Connecticut and Dickinson colleges. She earned her MFA in dance from The Ohio State University in 2003 and a bachelor of science degree in neurobiology at Cornell in 2000. 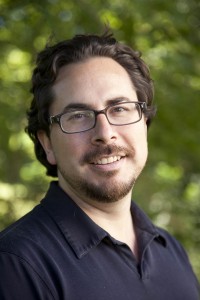 Read a profile of Castro.

Analyzing neural electrical patterns and chemical imaging that reveals cellular activity, Castro, assistant professor of psychology and neuroscience, investigates the relationships between the properties of neurons and sensory capabilities, such as the ability to distinguish between odors.

Castro came to Bates from the University of Pittsburgh Medical Center, where he had been a postdoctoral fellow since 2008, the year he received his doctorate in neuroscience at Pittsburgh. In addition to a 2002 liberal arts diploma from the European College of Liberal Arts, Berlin, Germany, Castro earned bachelor’s degrees in biology and English literature at the University of Rochester.

Read a profile of Cernahoschi. 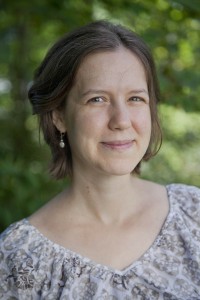 Cernahoschi, who has been a visiting professor at Bates the past two years, is a native of Romania. But her Romanian education never introduced her to one of her primary academic interests: the literature produced by that nation’s German minority.

Instead, it wasn’t until her graduate studies at the University of British Columbia that she discovered this literature. “I happened to be taught by one of the only North American experts on this literature,” Cernahoschi explains — Peter Stenberg, now professor emeritus of German at UBC.

She taught previously at Central Connecticut State University, McMaster University and UBC. She earned a bachelor’s degree in German studies and English at Mount Holyoke College.

Read a profile of Kazecki.

Kazecki has done considerable research on the connection between war and humor, as evidenced by his book Laughter in the Trenches: Humour and Front Experience in German First World War Narratives, released in July 2012 (Cambridge Scholars Publishing). 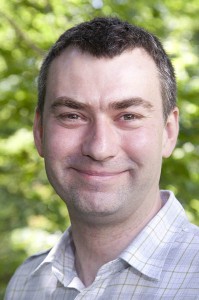 A native of Poland, Kazecki taught at Central Connecticut State University for four years prior to Bates, and previously taught at McMaster University in Ontario and the University of British Columbia, where he received a doctorate in Germanic studies.

He earned master’s degrees at Adam-Mickiewicz-University in Poznan, Poland, and at Dalhousie University, Halifax, N.S.

Read a profile of Shea.

People’s expectations influence the economy, which makes the accurate prediction of expectations important to economists. That’s an aspect of the field that interests Shea, a macroeconomist and econometrician who develops mathematical models for such predictions.

Working with algorithms that simulate various factors affecting economic behavior, he aims to model expectations such that the agents — the theoretical people in his models — “are just about as smart as the people who actually make decisions in the economy.” 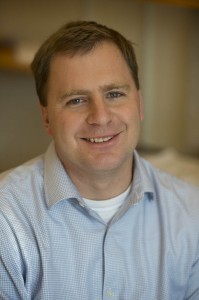 Shea earned a bachelor’s degree in economics at Cornell, and a doctorate at the University of Oregon, where he also worked as an instructor and teaching assistant from 2002 to 2007. From 2007 until he came to Bates, he was a member of the economics faculty at the University of Kentucky.
Categories Academic Life Creativity Faculty and staff
Tags academic life Ali Akhtar arts Classical and Medieval Studies Dance Economics Faculty accomplishments german intellectual rigor Jakub Kazecki Jason Castro Neuroscience Paul Shea Psychology Rachel Boggia Raluca Cernahoschi Religious Studies
View Comments