What do potential investors want to know about a new business idea?

A few key things, said Chris Barbin ’93, a Bates trustee and one of three judges for the annual Bobcat Ventures student pitch competition, held this year on March 24.

“Is it a product or a service? Is it sold to a consumer or to a business? Can you define the market? Then you get into the question I ask every person: How do you make money?”

“That should roll off the tongue in 90 seconds,” Barbin told the 14 student competitors.

In his own 90-second pitch, Ben Nussbaum ’19 of Ridgefield, Conn., hit all the marks. His business, Floor, provided a service: It made physical space available to online retailers who sell things people might want to try on before buying. The market would be small apparel and accessory brands in New England. He’d make money by renting out space in a storefront in Portland, Maine. 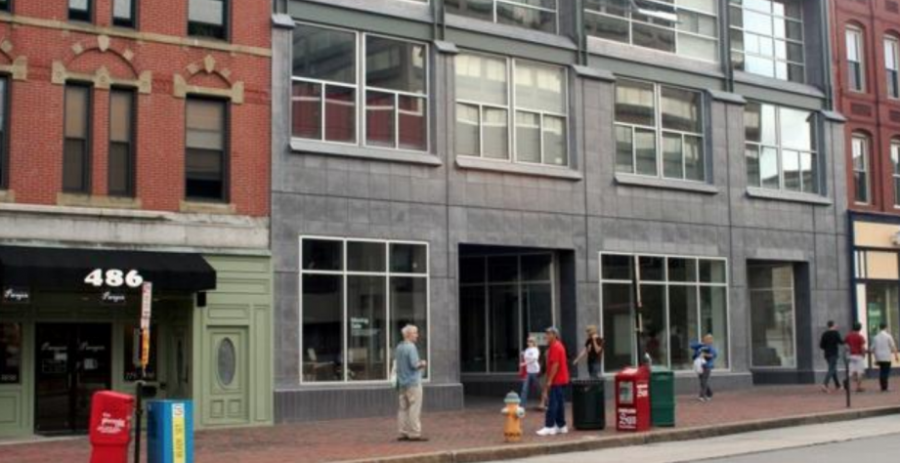 During the Bobcat Ventures pitch competition on March 24, Ben Nussbaum ’19 proposed renting out a storefront at 492 Congress St. in Portland, Maine, to small online retailers. (Courtesy of Ben Nussbaum)

“This serves as an easy expansion platform for these brands,” Nussbaum told the three alumni judges, all entrepreneurs: Barbin, CEO of IT firm Appirio Inc.; Jennifer Guckel Porter ’88, managing partner of The Boda Group; and Ben Schippers ’04, co-founder of web and mobile app developer HappyFun Corp.

The pitch won Nussbaum first prize in the competition, with an award of $9,000. Barbin praised Nussbaum’s concept, clarity of thought, and detailed business model.

“What I loved about this was the big problem and the creative way of addressing the problem,” Barbin said of Nussbaum’s proposal. “The pitch went from big concept to detailed financials.” 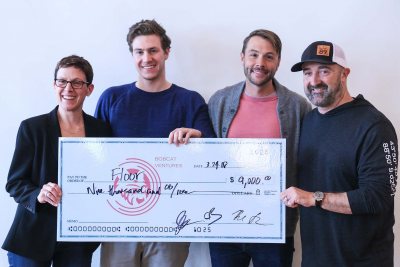 The competition is the centerpiece event for Bobcat Ventures, a student-run organization that promotes entrepreneurship. Now in its fourth year, a record 14 individuals or groups made pitches, vying for prize money totaling $15,000.

With the help of the Purposeful Work initiative, Bobcat Ventures also hosts workshops on business and entrepreneurship, run by people ranging from Bates alumni to Senior Lecturer in Theater Kati Vecsey, who taught the competitors about presentation.

“You get the fundraising skills,” said Ned Moreland ’19, a leader of Bobcat Ventures along with El Khansaa Kaddioui ’20, Cris Thompson ’19, and Shanina van Gent ’18.

The skill-building and networking have been helpful for Nussbaum, who’s been going to Bobcat Ventures events since his first year and has participated in the pitch competition twice — last year, he took home third place for an app for used-car e-commerce.

He said that since he started developing business ideas, competing through Bobcat Ventures, and talking to other entrepreneurs in Maine, he’s learned that ideas need to be feasible and focused (he got the idea for Floor after reading research about online retail trends), and that talking to potential customers is crucial.

“With any idea, you think it’s whittled down perfectly,” he said. “But the second you start talking with the people actually paying for your product, it changes. You tweak it with their feedback.” Floor, he said, “morphed right when I started talking to brands, and I added things and took a lot of things away.”

His shoe-leather work showed during the pitch competition. Nussbaum had ready answers to the judges’ questions about pricing, overhead costs, and the types of retailers he was targeting — mostly accessories, some apparel, all New England-based, with less than $1 million in revenue. 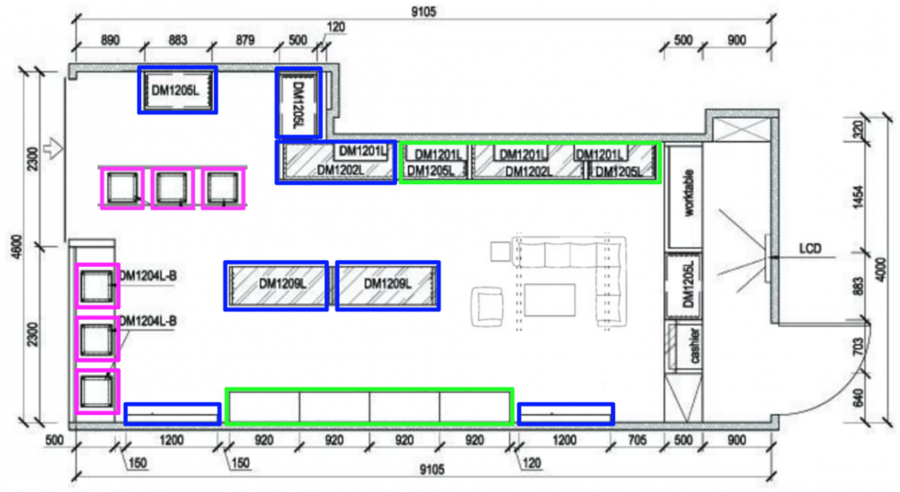 “You narrowed down the scope to get to a viable business, and you had a working prototype going with a physical store in Portland,” Barbin told him. “The complexity and problem statement was big, and you brought it down to something real.”

Nussbaum shared the total prize money with two other ventures. Swing Tips Pro, created by Nick Lynch ’19 of Westford, Mass., facilitates golf lessons via video; it won the $4,000 second prize. ReHarvest, a group of students who are creating an app that helps “gleaners” access farm crops that are left unharvested and get them to local food banks, won the $2,000 third prize.

Clarity, focus, and viability distinguished all the good pitches, Barbin said. But the very best ventures he saw were those that seemed to give the venturers purpose.

“Anyone can pitch a business,” he said. “You can tell after time if there’s real passion through the Q&A, when you’re asking the ‘why’ question. There were a few where you could tell it was meaningful. There was a reason why. It was in the blood, in the DNA.”