Elizabeth Strout on Returning to Olive Kitteridge — The New Yorker

Elizabeth Strout ’77 thought she was “done” with Olive Kitteridge, the central character in her 2008 Pulitzer Prize-winning novel of the same name. Until, she told New Yorker fiction editor Deborah Triesman, one day in a European cafe when Olive “just showed up.” 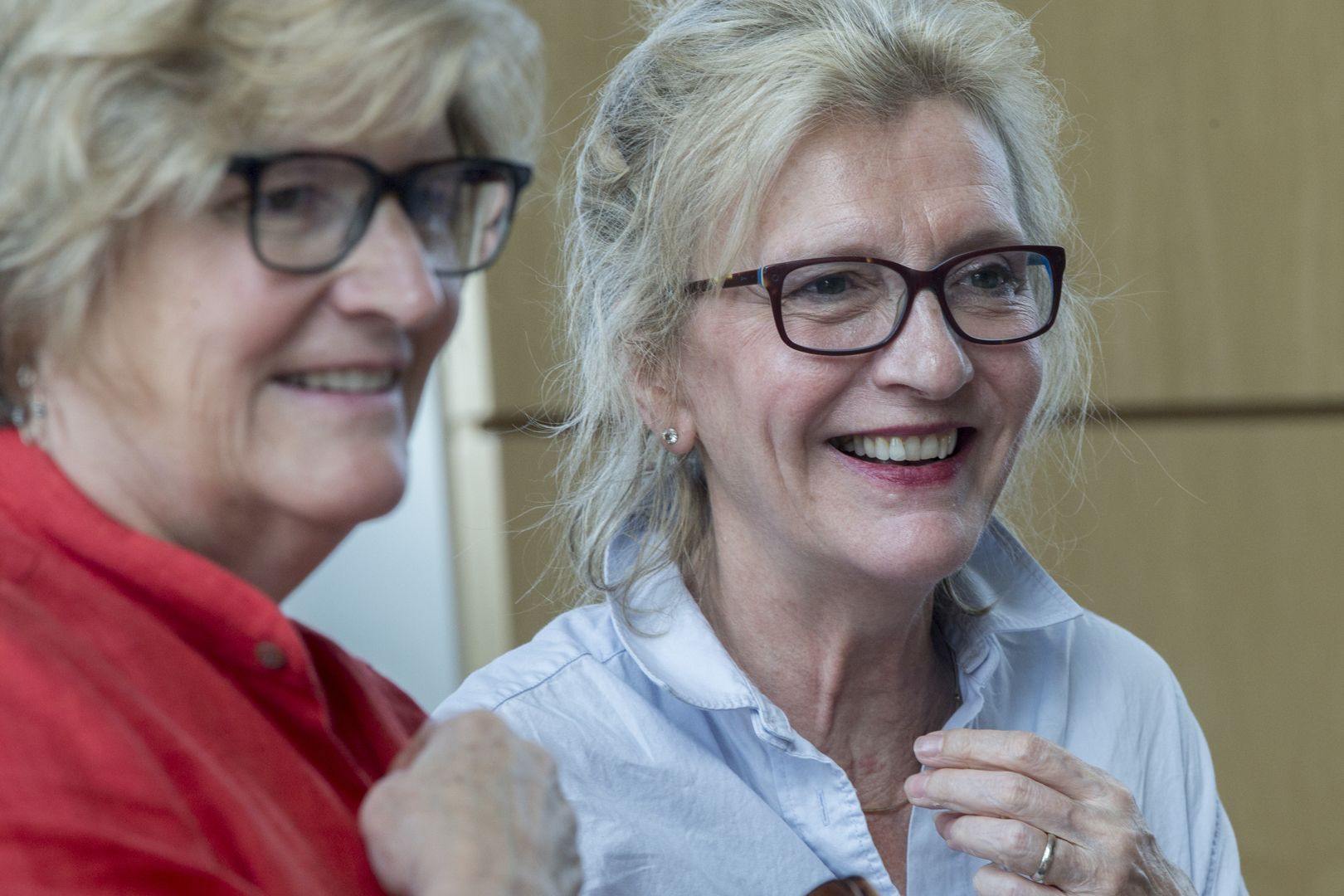 Olive, Again, will be published in October. The sequel features Olive as she ages and her interactions with other characters deepen and change.

The books’ Maine setting, Strout told Triesman, is inextricable from its characters. “Olive — my Olive — would not be Olive if she lived anywhere but Maine,” she said. “She is like a barnacle clinging to the rock of the place.”

Maine and national outlets covered the announcement that Bates received a $3.97 million National Science Foundation grant to build a video database to support research in fields that rely on the analysis and recognition of images, such as neuroscience, cognitive science, and artificial intelligence.

Assistant Professor of Neuroscience Michelle Greene, the principal investigator for the grant, will lead the creation of a Visual Experience Database comprising some 240 hours of video clips that depict everyday human activities and, importantly, simulate human vision and track head and eye movement. 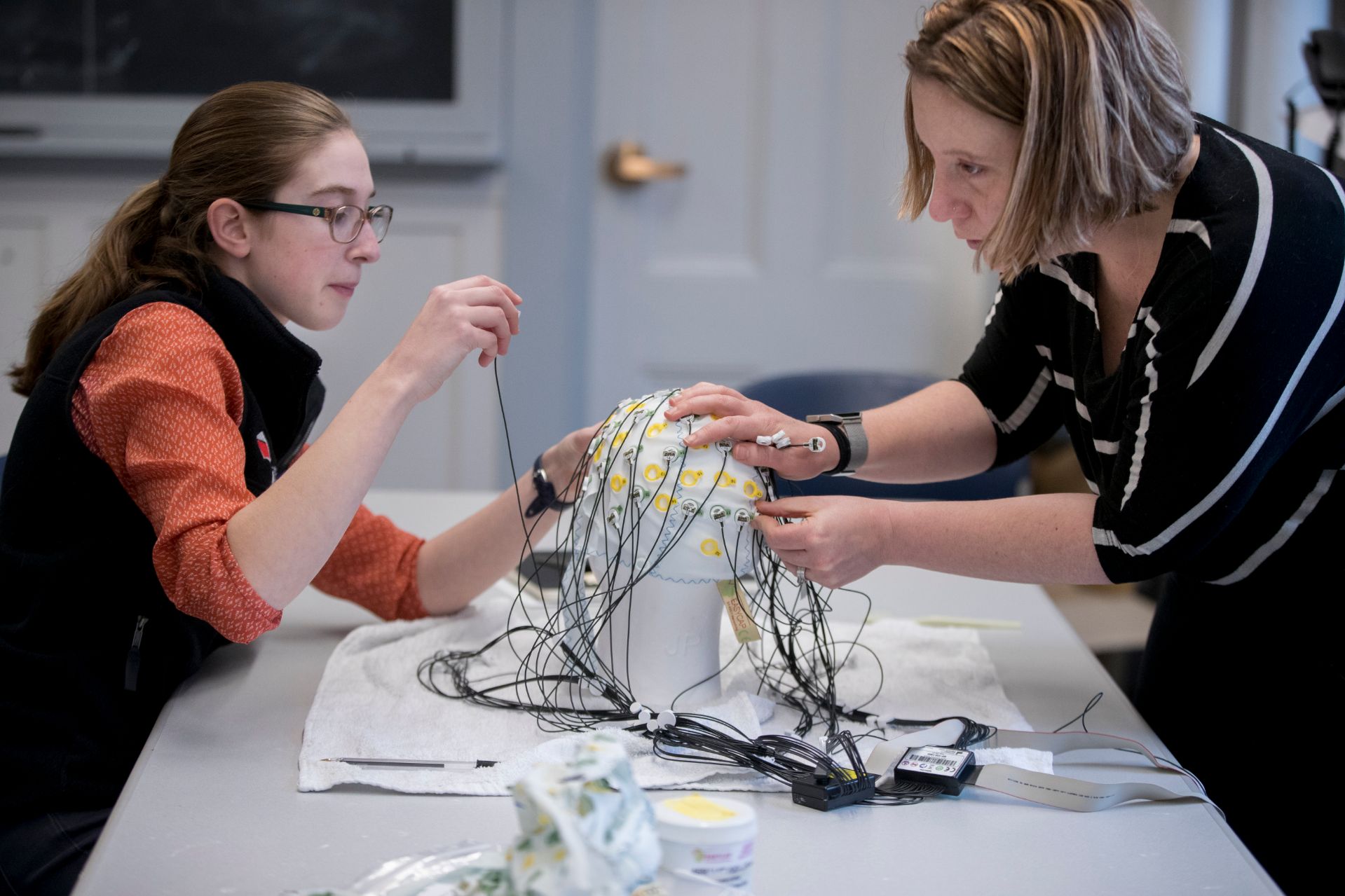 As Greene told Maine Public, the process of collecting video clips for the database will involve trained members of the project team, including Bates students, “going out into the world wearing head-mounted cameras, like a GoPro. We’ll be recording what the world looks like as we engage in some common, everyday activities.”

Timeout: 9/11 still a painful day for those who knew Peter Goodrich — Sun Journal

On the 18th anniversary of the Sept. 11 terrorist attacks, Sun Journal sportswriter Tony Blasi returned to the story of Peter Goodrich ’89, the track and field All-American who died on Flight 175.

Blasi had interviewed, written about, and gotten to know Goodrich as a student as he racked up track and field awards and majored in math and physics. 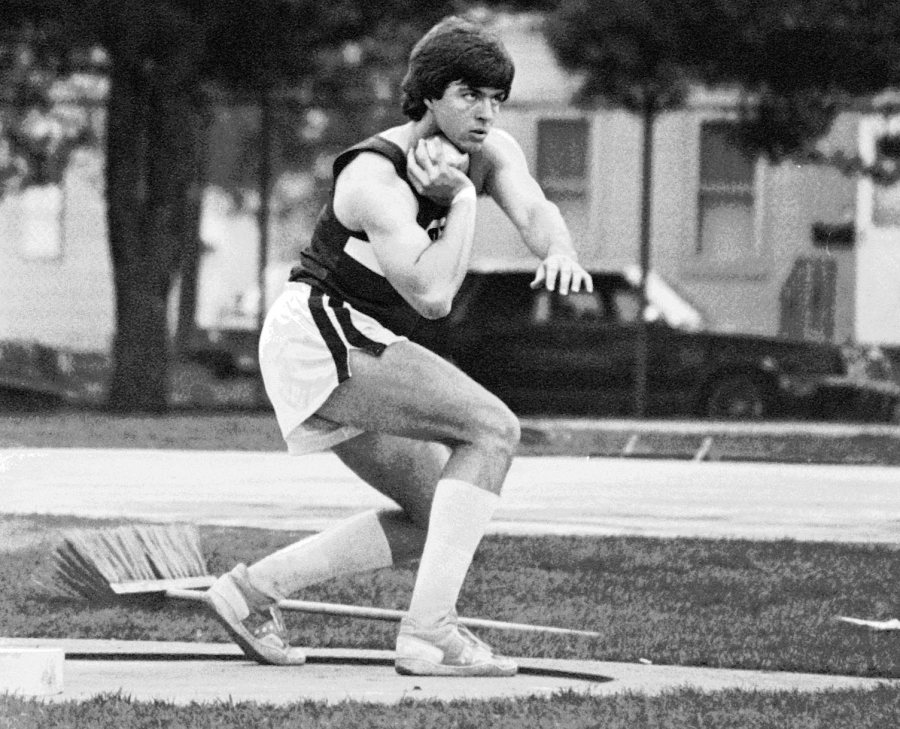 This year, Blasi talked to Goodrich’s classmate Gregory Nespole ’89. “Peter was a kind, thoughtful man who was modest, though highly exceptional as a student and athlete — a gentleman,” Nespole told him.

A lawyer, Nespole has long worked in Lower Manhattan, and his office is near the 9/11 Memorial. “I lost many friends,” he said. “It is still a painful day.”

Colin Kaepernick wants you to know your rights — PAPER magazine

Chris Petrella ’06 had a major editorial role in a recent issue of PAPER focusing on human rights.

The issue, called a “bastion of black excellence and wokeness,” by the New York Daily News, carried the theme “Know Your Rights” and featured Q&A interviews with 10 black thought leaders, including 2018 Bates Commencement speaker Bryan Stevenson. 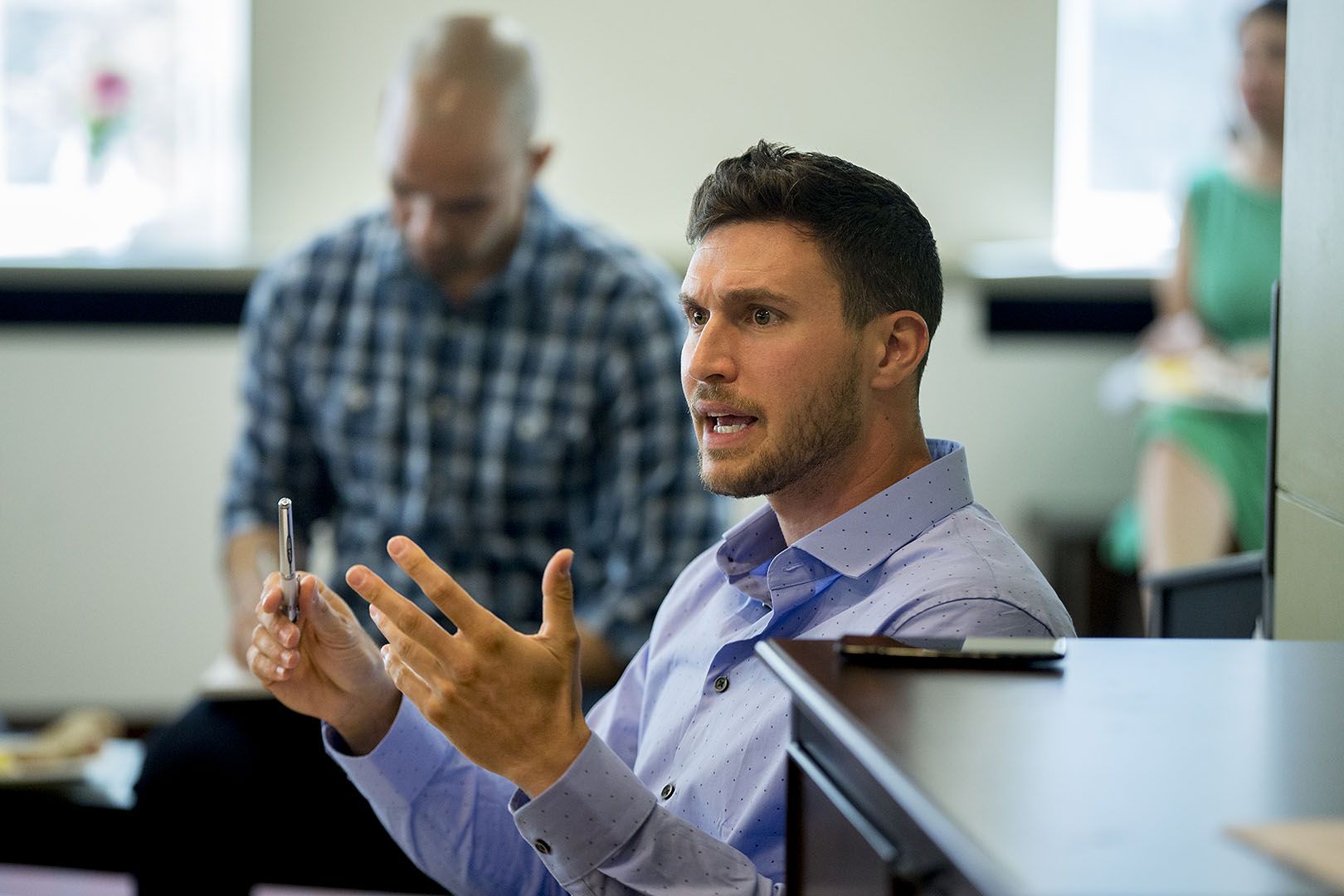 Christopher Petrella ’06, director of engagement at American University’s Antiracist Research & Policy Center, makes a point during a meeting of the college’s Justice and Equity Reading Group in 2017, when he was a Bates faculty lecturer member of the Office of Intercultural Education staff. (Phyllis Graber Jensen/Bates College)

The issue’s lead story, “Colin Kaepernick Wants You To Know Your Rights,” was written by Petrella along with radio host Miabelle Bocicault and scholar Ameer Hasan Loggins. The trio also wrote the introductions to each Q&A story.

The entire issue was guest-edited by Kaepernick, the football player-turned-social activist, whose current efforts with his Know Your Rights camps teaches young people their legal rights and, importantly, how to exercise them.

A friend and part of Kaepernick’s inner circle, Petrella is director of engagement at American University’s Antiracist Research & Policy Center.

The U.S. Attorney got the numbers wrong. Here’s a look at D.C.’s actual incarceration rate — DCist

A recent debate in Washington, D.C., saw criminal-justice reform advocates saying that D.C. imprisons more people than any of the 50 states. At the same time, the district’s U.S. Attorney said the opposite, that it sends fewer people to prison than any state.

The news website DCist turned to criminologist Michael Rocque, associate professor of sociology at Bates, to untangle the numbers. 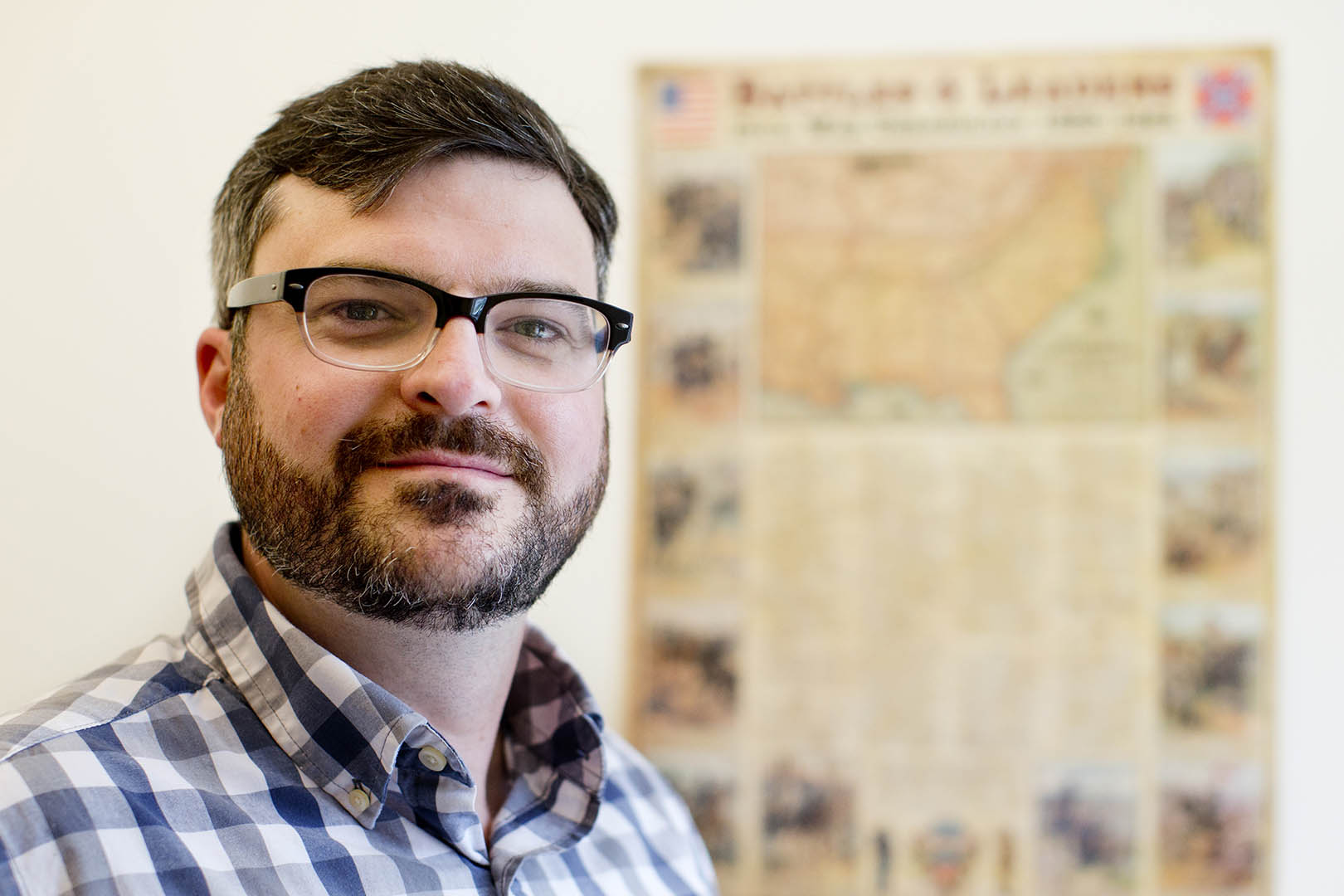 Ultimately, you can’t compare D.C. statistics to state statistics, said Rocque, “just as I would caution against comparing NYC to Maine.”

The contrasting data points were bandied about during a public debate over a D.C. Council bill that would “expand opportunities for certain violent offenders to petition for a reduced sentence,” according to the DCist story.

After its initial claim, the U.S. Attorney backtracked and admitted that it had used federal data that only counted inmates at the D.C. jail as opposed to D.C. inmates held by the U.S. Bureau of Prisons in federal facilities across the country.

FBI files related to Edmund Muskie ’36 and released to the Sun Journal revealed that Muskie received three death threats while campaigning for the 1972 Democratic nomination for president.

“It doesn’t appear from the 1,038 pages of material released to the Sun Journal that the FBI ever tracked down two of the culprits,” wrote the paper’s Steve Collins, who obtained the files through a Freedom of Information Act request. “Federal prosecutors opted not to charge the other, a mentally ill man quickly found by agents.” 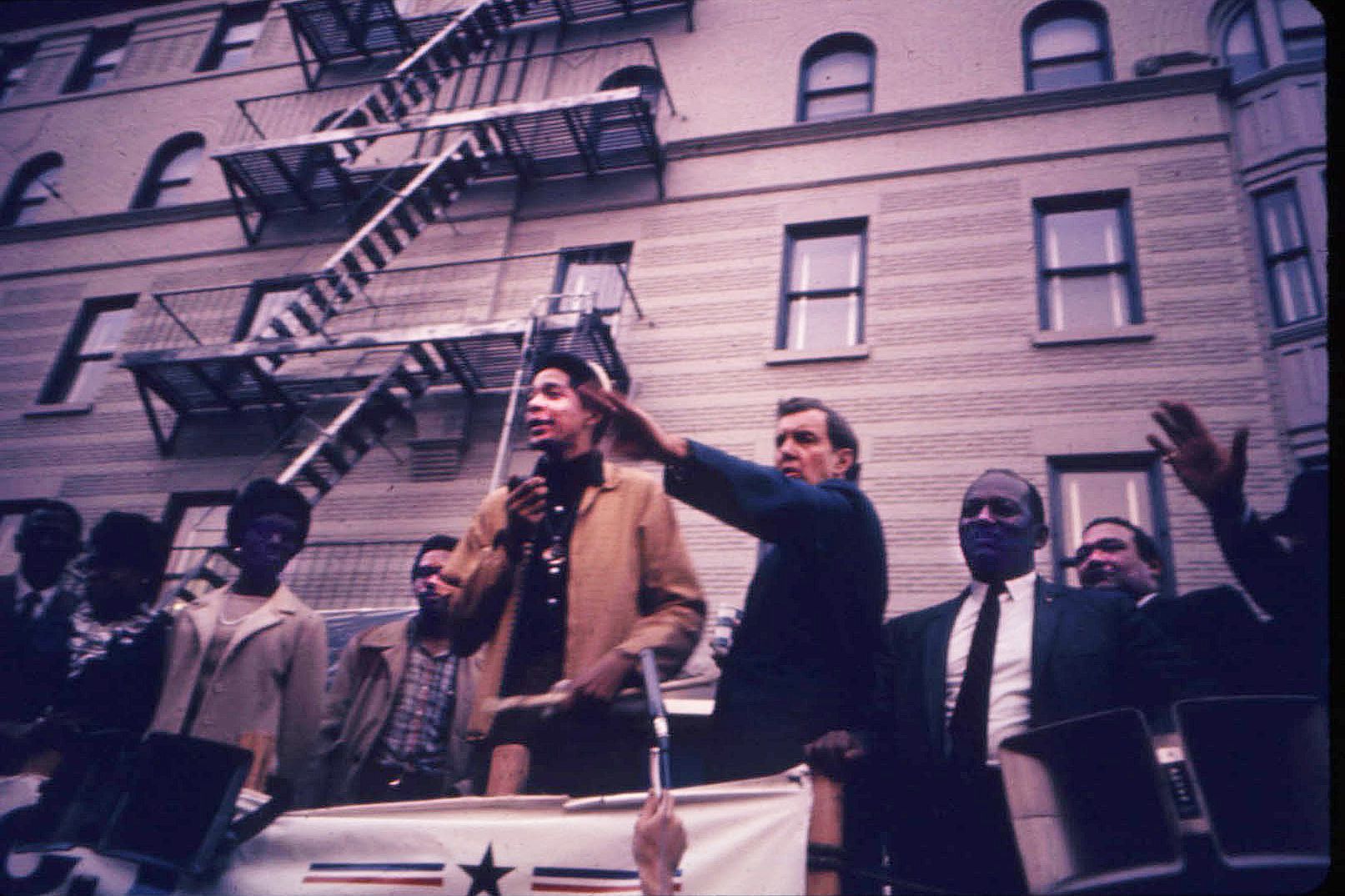 Collins also learned that Muskie had a police record (sort of). “On Dec. 28, 1965, in the tiny town of Centreville on Maryland’s Eastern Shore, Muskie was issued a criminal summons at Broadwater Farms for ‘attempting to take migratory water fowl with the aid of bait,’” writes Collins.

Jerome Campbell of Boston public radio station WBUR sat in on a performance of The Petition, a play by Lecturer in Theater Clifford Odle that explores the contradictions of the American Revolution when it comes to slavery.

The immersive play, in which audiences sit around a table in the Old State House Museum in Boston, is about Prince Hall, a free black man who unsuccessfully petitioned the Massachusetts assembly to abolish slavery. 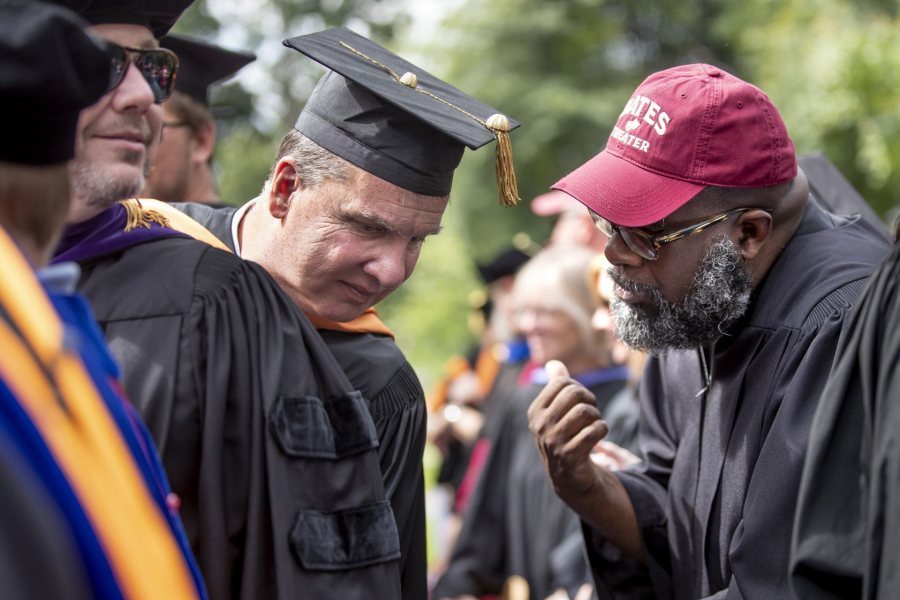 In the play, Hall’s friend and ally Joseph Warren encourages the petition but ultimately prioritizes the “liberation” of white colonists from British rule.

It’s an example of the harm of white inaction, Odle told Campbell. “Unless you are arguing and agitating for people to have the same rights that you already have, unless you are willing to put your privilege on the line, the job is not done.” 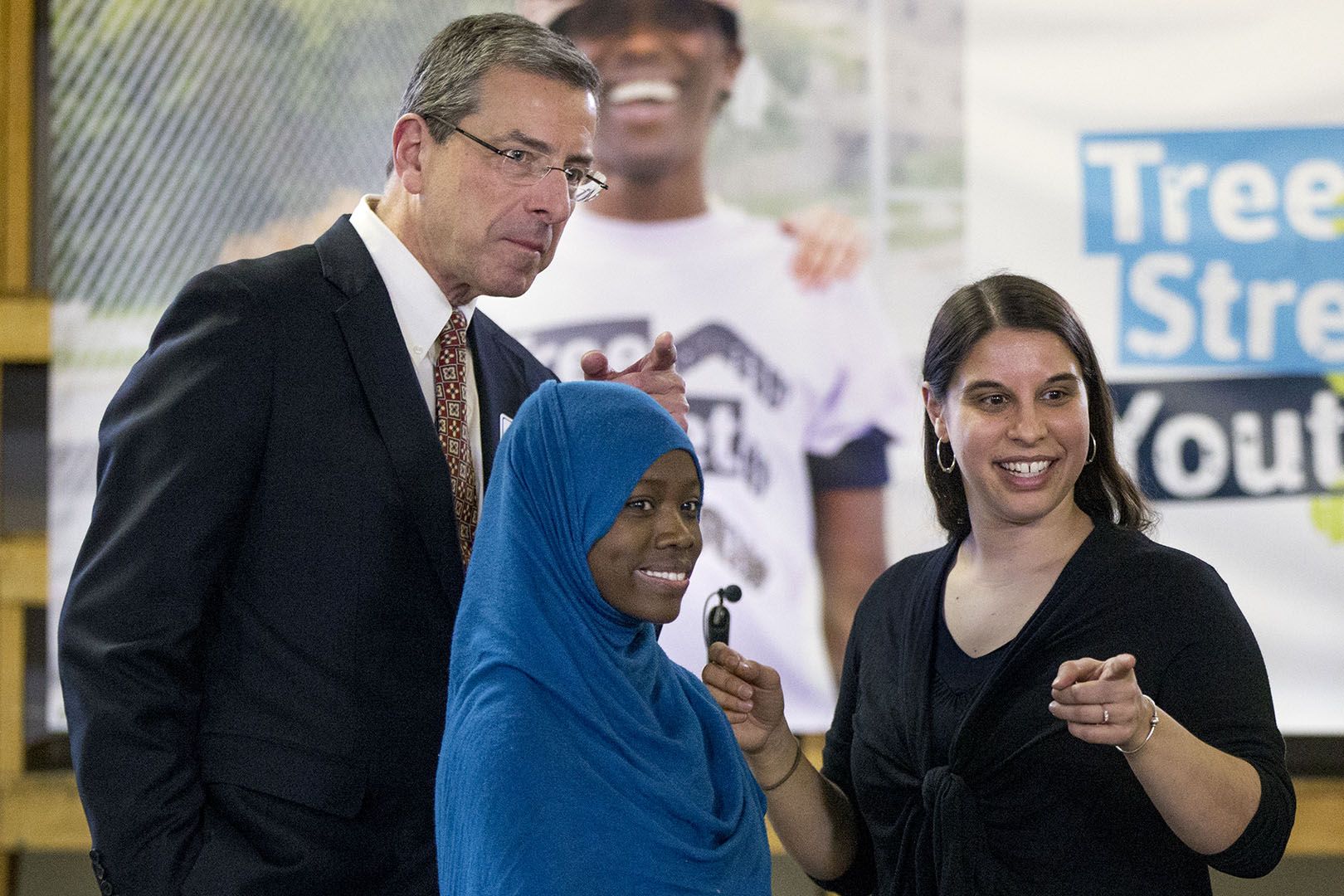 “Work is about creating solutions to things happening around us and solving challenges in the world,” Sleeper-Whiting told reporter Beth Herman. “As long as your focus remains on the greater purpose, the work itself remains relevant and meaningful.”

Francisco E. Jimenez of The Monitor of McAllen, Texas, profiled Ann Kranjec Fortescue ’84, the new president and executive director of the International Museum of Art and Science.

Fortescue said her 35-year career in museums was inspired in part by a Bates course on 19th-century European history that included a visit to a historical farm.

“We spent two days on this farm, harvesting rye with a scythe and experiencing what it was like to live as closely as we could to 19th-century peasant farmers,” she told Jimenez. “That was when a switch went off in my head in terms of, ‘I could actually work in a museum and teach with objects.’”

The 89-year-old co-founder of the United Farm Workers told the incoming Class of 2023 to learn their history and engage politically to get the country “off the road to fascism.” 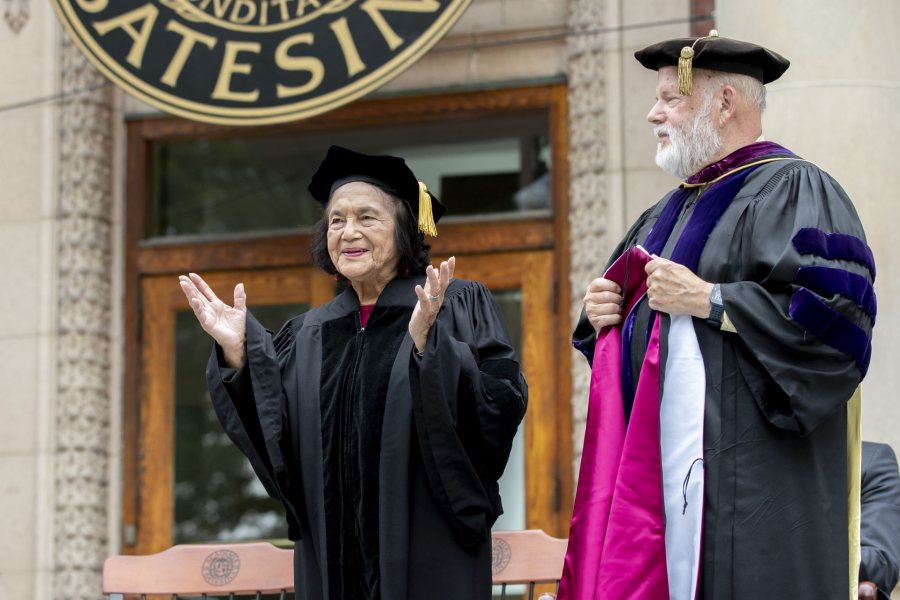 Dolores Huerta acknowledges applause as she’s given an honorary degree at Opening Convocation. Ready to present her with the honorary hood is Michael Murray, Phillips Professor of Economics. (Phyllis Graber Jensen/Bates College)

“The wonderful thing about a democracy is that we can change things,” she said. But “nothing is going to change unless you decide to change it.”

Amaral told Clifford that the goal of the book, Borealis Breads: 75 Recipes for Breads, Soups, Sides, and More, is to encourage people to bake, even if it costs him business at his popular bakery.