Internationally known for his surprising and provocative explorations of culture and consumerism, William Pope.L’s Black Factory is his most participatory, community-oriented project yet. It aims to re-energize discussions about race in America by inviting people to share objects that represent “blackness” to them.

At once a mobile marketplace that trades in provocation and a nomadic laboratory for crafting consciousness, the Black Factory gathers, shapes, and repackages materials and experiences that challenge us to see the creative potential nested within the polarized politics of race in America. Whenever the Black Factory appears and sets up operations, it catalyzes a participatory process of public engagement with issues of cultural difference. It combines sculpture, installation and performance to pose questions about identity, community, and consumption that get under our skin and stay there where they belong.

By collecting, recycling and peddling the ingredients for re-thinking blackness, the Black Factory transforms the tensions and contradictions of race into a dynamic field of possibility. The Factory performs an inward-reaching outreach effort. It encourages us to take hold of the stereotypes of race and class which bind us to our indecision and apathy and to turn them inside out. It challenges us to grapple with the habitual ways in which we consume products, identities and ideologies. It extends open arms to those who feel certain that they have already settled all of these difficult questions, as well as to those who are still actively struggling with them. It asks us to rise to the task of collaborating in the creation of a community built not upon erasing but rather embracing our own differences and contradictions.

The Black Factory previewed at the Bates College Museum of Art last May before leaving for its first official stop at MassMoCA, where it was part of the exhibition Interventionists: Art and Social Change. It will be parked at Bates through the end of May, when it embarks on the 2005 nationwide tour. 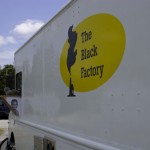 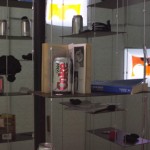 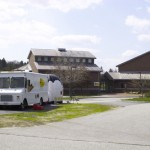 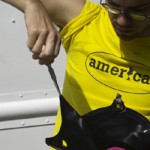 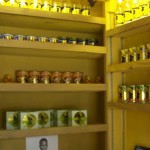 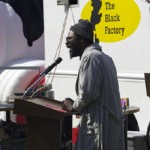