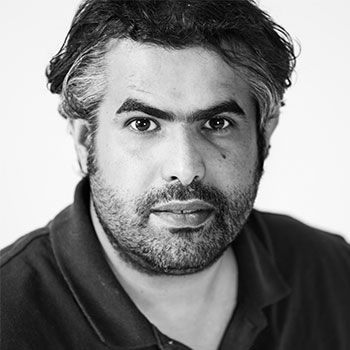 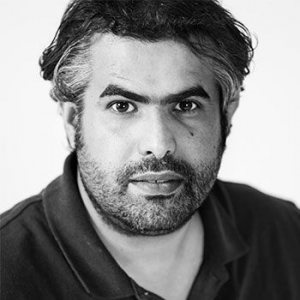 As part of the programming surrounding Phantom Punch: Contemporary Art from Saudi Arabia in Lewiston, noted Saudi Arabian artist Ahmed Mater will lecture on his work.

Ahmed Mater is recognized as one of the most influential Saudi Arabian artists today.

Born in 1979 in southern Saudi Arabia and trained as a medical doctor, Mater has been a practicing artist since the early 1990s, creating works that offer an unparalleled perspective on contemporary Saudi Arabia. His work explores the narratives and aesthetics of Islamic culture in an era of globalization, consumerism and transformation. His recent work increasingly uses image and video to explore local collective memory and unofficial histories behind contemporary Saudi Arabian sociopolitical life. By combining art, science and the concept of identity, his work marks a revival of contemporary art in Saudi Arabia with the emergence of an artistic scene.

Mater’s work has been included in the Sharjah Biennial in 2007 and 2013, Cairo Biennial in 2008, Venice Biennial in 2009, Berlin Biennial, Kochi-Muziris Biennale, Kochi, India in 2012, and in exhibitions at the Pompidou Center, Paris; British Museum, London; Istanbul European Capital of Culture, Sanat Limanı, Istanbul, Turkey; Mori Art Museum, Tokyo; Museum on the Seam, Jerusalem; Victoria and Albert Museum, London; and in numerous Edge of Arabia exhibitions in London, Europe, and the US. His exhibition, Symbolic Cities: the Work of Ahmed Mater, Sackler Museum, Smithsonian Institution, Washington, DC, March 19 – September 18, 2016, was the first major museum exhibition of a contemporary Saudi artist in a US museum.

The book, Desert of Pharan: Unofficial Histories Behind the Mass Expansion of Mecca (Lars Müller, Zurich) will be released in November 2016. This photographic essay charts the city’s origins to its recent history – of organically rooted communities and cultures, of huge populations of visitors during Eid and Hajj, and of transformation as communities have been eradicated and replaced by five-star high rise developments, transforming it from a multi-strata metropolis to the world’s most exclusive, yet most visited religious tourist destination.