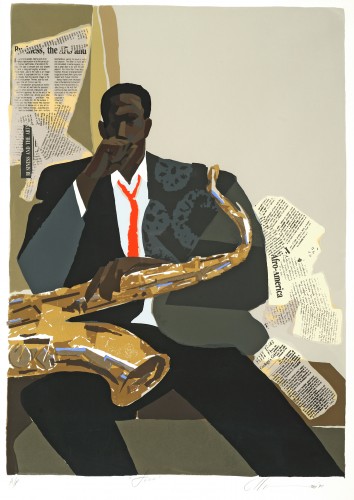 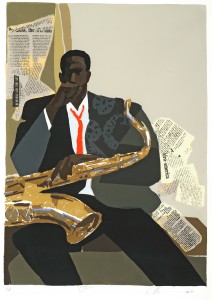 When America enters World War II in 1941, jazz music goes to war, too. Swing becomes a symbol of democracy at home and bandleaders like Glenn Miller and Artie Shaw enlist and take their music to the men and women of the armed forces overseas. In Nazi-occupied Europe, where the gypsy guitarist Django Reinhardt develops his own distinctive way of playing the music, jazz becomes a symbol of freedom and the hope of liberation. In New York, the heart of jazz has moved from Harlem to 52nd Street – where Billie Holiday reigns as unofficial queen despite a growing addiction to narcotics. Duke Ellington leads what some believe to have been the greatest of all his bands – helped now by the gifted young arranger, Billy Strayhorn – and brings his music to ever-greater heights. Meanwhile, underground and after-hours, a small band of gifted young musicians led by the trumpet virtuoso Dizzy Gillespie and alto saxophonist Charlie Parker begin to develop a new way of playing – fast, intricate and infinitely demanding for musicians and listeners alike. Due to a recording ban it goes largely unheard until November of 1945, when Parker and Gillespie are finally able to go into the recording studio together. With the release of “Koko” the new music called bebop begins to spread, altering the course of jazz forever.