Menu Search
The Quad
We are so pleased to announce that the museum has reopened to visitors! Masked visitors with either proof of vaccination or proof of a negative COVID-19 test within the previous 48 hours may visit the museum during our normal hours. For more information on visitor protocol, follow this link.
Please note: the museum will be closed for the holidays from December 18, 2021 through January 2, 2022.

Back and Forth: The Collaborative Works of Dawn Clements and Marc Leuthold 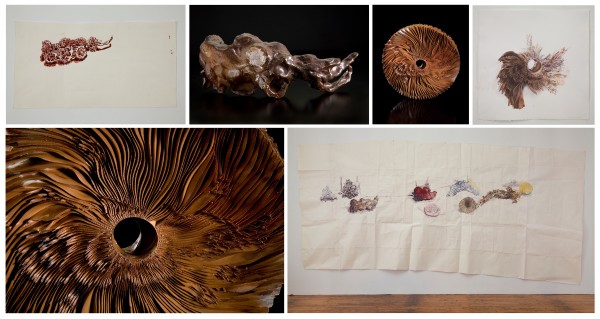 In 2008, Dawn Clements and Marc Leuthold began the work that is presented in Back and Forth. This is the first exhibition to focus on what has become an extensive body of work.

This collaborative project is remarkable, compelling and challenging for several reasons. Clements, who primarily makes drawings and works on paper, and Leuthold, who works primarily clay, are highly respected artists with long established solo careers, and whose work is sought after for exhibitions throughout the US and abroad. Their willingness to embark together on a challenging multi-year project driven equally by the work and ideas of another artist is a courageous act.

For Back and Forth, Clements and Leuthold collaborated primarily some distance from each other. Each created work in their respective studio, then sent or delivered it to the other’s studio. Clements interpreted sculptures she received from Leuthold into works on paper. In some drawings, she made works that focus exclusively on Leuthold’s forms, and in others, she incorporated drawing passages of his work into larger drawings. Leuthold made sculptural responses to Clements’ works on paper. Some focus on creating a discrete sculpture in response her work. In others, Leuthold carved “ceramic drawings”, or passages, into his sculptures. Sometimes, new works were created again and again, then sent back and forth several times, resulting in a fascinating visual narrative of discovery and process along the way.

Dawn Clements is known for her works on paper. Some of her drawings are monumental, created by attaching separate drawings/pieces of paper together in an almost ever-expanding format, which may grow to 30 or more feet in length and may wrap around the corner and extend to the ceiling. Clements’ drawings are based on direct observation or scenes from movies, and she often incorporates multiple passages with different perspectives or point of view into one work. Many focus on interior views of living spaces (some with notes written along the edges), and this work has an intimate, diaristic quality. Clements’ drawings are impressive not only for their size, they are also masterfully rendered and fascinating to explore. Sumi ink, ballpoint pen, gouache, and mixed media are some of the media she works with most frequently. She is represented by Pierogi Gallery, Brooklyn, NY. For more: www.pierogi2000.com/artists/dawn-clements/

Marc Leuthold is known for his ceramic sculptures. Carving, modeling, throwing and hand building in a variety of clay bodies, he explores a wide range of forms and subjects. The wheel is one he has returned to for years, exploring this form and its associations in highly refined sculptures carved with variegated flutes and other structural and decorative embellishments. Leuthold has also investigated the sculptural possibilities of clay (and occasionally bronze and glass) through other series that focus on the figure, cones, clay drawings, and large installations. Some, such as the Cones, address age-old ceramic issues such as the vessel, interior/exterior, etc., but bring these issues into a broader sculptural context. Others, such as the superb installations he has created since the late 1990s, push the traditional boundaries of the media materially and conceptually. Leuthold is represented by George Billis Gallery, New York, NY. For more: www.georgebillis.com/ 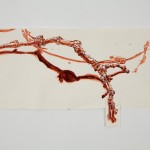 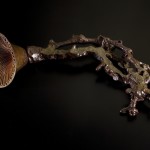 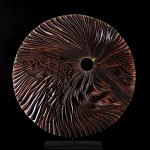 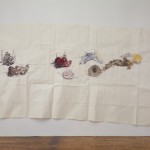 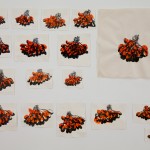 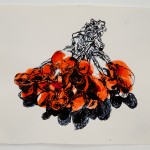 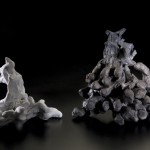 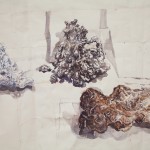 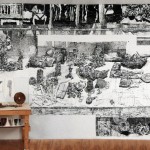 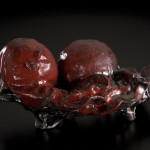 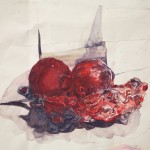 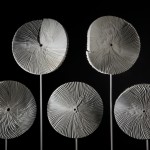 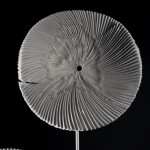 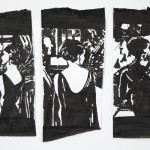 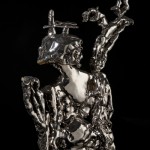 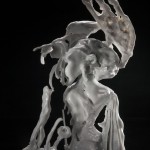 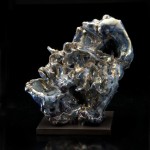