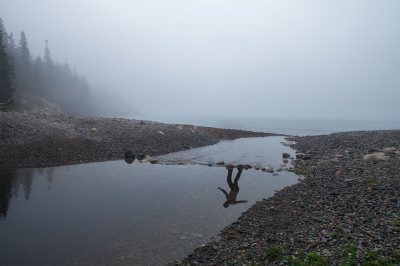 From June 12 – October 24, 2015, the Bates College Museum of Art will present Points of View, an exhibition of contemporary photography featuring new and recent works by Jay Gould, of Baltimore, Maryland, Gary Green, of Waterville, Maine, David Maisel, of Marin, California and Shoshannah White, of Portland, Maine. Viewing elements of the Maine landscape from different levels of scale – from great distance to close-up, each artist explores a different aspect of the boundaries and interrelationships between human activity and the natural world.

Points of View is supported by a grant from the Davis Family Foundation. The exhibition is also part of the Maine Photo Project (mainephotoproject.org), a statewide photography collaboration of more than 30 nonprofit cultural organizations in 2015, organized and supported by the institutions of the Maine Curators’ Forum. The Maine Photo Project is funded in part by a grant from the Maine Arts Commission, an independent state agency supported by the National Endowment for the Arts. 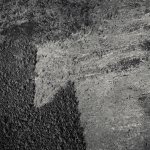 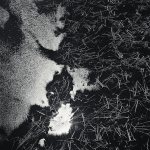 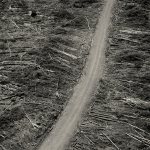 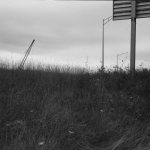 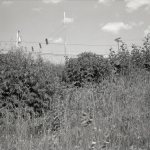 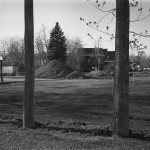 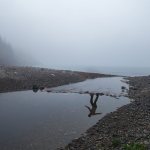 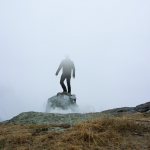 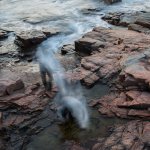 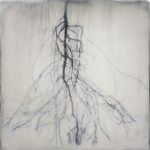 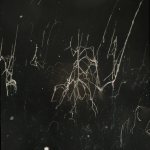 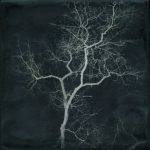 More on the artists

“The process of creating something visually with a concept in mind is a lot like an experiment.  The end result is unknown until you are finished but the sense of understanding, even in failure, is clear because it has been earned.  Through all of my visual projects, I have embraced methods and themes of experimentation and study.  I look for connections that can be made between the natural world and the unseen reality that underpins it, but I am also seeking humanistic connections between those people that study science and those of us who are simply fascinated by it.  It is my belief that many of us look to science in a similar way that we seek art, not for cold calculation, but instead for a story, something to challenge us, and a new mystery for our minds to unravel.  In my work, I reveal stories based on science that exist beneath the surface of our visible reality and ask viewers to share in my sense of discovery, absurdity, and emotion that I associate with the people and themes of science.”

Jay Gould is a member of the faculty at the Maryland Institute College of Art (MICA). Originally from Minneapolis, Minnesota, Gould received his B.F.A. in photography from the University of Wisconsin and his M.F.A. from the Savannah College of Art & Design in Georgia. His work, which integrates scientific topics into photographic projects, has won numerous national awards, such as the Berenice Abbott Prize for an emerging photographer, the Jeannie Pierce Award, and First Place at the Newspace Center for Photography’s International Juried Exhibition. Gould’s work is widely exhibited around the country, participating in solo and group exhibitions. Gould is also a longtime member of the faculty at the Maine Media Workshops and is currently serving at the Chair of the Society for Photographic Education’s Mid-Atlantic region.

Spanish Architect Ignasi de Solà-Morales coined the term terrain vague to describe the abandoned, ambiguous, or marginalized pieces of land within an urban landscape that stand in contrast to the otherwise cohesive, definable organization of the city. These kinds of spaces – abandoned lots, post-industrial sites, bridge underpasses – define the character of a cityscape through these pauses and stutters of visual dissonance.

My intention with this work is to expand on Morales’s notion to use it with a bit of poetic license in order to describe a sense of longing I find so prevalent in these Central Maine landscapes. The empty storefronts, the spaces between modest homes, and vacant lots are for me filled with the beauty, despair, yearning, and disappointment that define this time in history in many places throughout the world.

In a sense these photographs are anti-scenic; they do not present us with beautiful or idyllic spaces. The images are filled with a sense of passage, decline as well as the ordinariness of utility pared down to the basics: the piling of soil, the scraping of the earth, the fencing in of property. Some of them are layered so that trees and brambles hide a home, a human story. These are the spaces we barely bother to attend to visually, all the more reason to give them further attention.

In his ongoing, multi-chaptered series Black Maps, David Maisel’s aerial photographs of environmentally impacted sites explore the aesthetics and politics of radically human-altered environments, framing the issues of contemporary landscape with equal measures of documentation and metaphor. Curator Robert Sobieszek states, “Maisel has succeeded in mapping the fictive terrains of the unconscious, of nightmares and hallucinations. He has also used the camera’s objectifying optics to form cartographies of the irrational and the perverse, the preconscious and the primordial, the apocalyptic.”

A graduate of Princeton University, Maisel studied at the Graduate School of Design and Harvard University and has a MFA from the California College of the Arts. Maisel has exhibited widely in the U.S. and internationally and he has received numerous awards. His works can be found in collections such as the Getty Museum, the Metropolitan Museum of Art, the Fogg Art Museum, the National Gallery of Art, the Bates College Museum of Art, and the Center for Creative Photography, in Tucson, Arizona

I’m interested in what lies below the surface – in focus emerging out of ambiguity. These works begin as photographs and develop into paintings through the Encaustic process. The beeswax offers a seductive, frosting like material which encapsulates and preserves the photograph at the same time creating a barrier between it and the viewer. The paint serves to both accentuate details in the original photograph as well as obliterate them – further functioning as a tool to reveal or mask underlying elements.

Shoshannah White, on her encaustic process

White’s images explore historical photographic processes and, in her numerous public commissions, places imagery of native plant species in the context of contemporary urban surroundings. She received her BFA with honors from The Savannah College of Art and Design and has studied at the Center for Creative Imaging as well as the Maine Photographic Workshops. White has received several scholarships for study and was recently granted the Maine / New Brunswick Residency fund – a grant and an artist residency funded in part by The National Endowment for the Arts. Her fine art and editorial photography has also appeared in publications such as National Geographic, Newsweek, Psychology Today, Paris Vogue, Der Speigel and The Wall Street Journal.