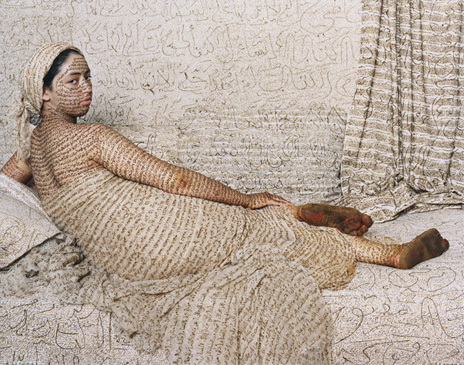 Lalla Essaydi is a New York-based, Moroccan-born photographer, painter, and installation artist. Over the past decade, she has risen to international prominence with her timely and beautiful work that deals with the condition of women in Islamic society, cross-cultural identity, Orientalism, and the history of art. Like her feminist Muslim expatriate contemporaries—Ghada Amer, Ambreen Butt, Emily Jacir, Sherin Neshat, and Shahzia Sikander—Essaydi has developed a powerful and personal artistic voice that calls into question prevailing myths, power hierarchies, and traditions that limit human freedom.

This solo exhibition at the Museum of Art presents Essaydi’s most recent body of work, Les Femmes du Maroc. Like her earlier photographic series, Converging Territories (2005), the images in Les Femmes du Maroc present Moroccan women in staged narratives. These women inhabit a place that is literally and entirely circumscribed by text, written directly on their bodies, apparel, and their surroundings by the artist herself.

Les Femmes du Maroc expands upon Essaydi’s previous work in several important ways. These photographs critique contemporary social structures, but simultaneously confront historical attitudes that have helped in great part to construct past and present representations of Arab women. The title of the series is a modification of Les Femmes d’Algiers, a painting by French Romantic Artist Eugène Delacroix from 1834. Most of the photographs in Les Femmes du Maroc are based on specific nineteenth-century European and American Orientalist paintings; Essaydi, however, has radically transformed the antecedents. While she retains the compositions, gestures, and general costume of the original paintings, she strips them of their opulent colors, removes male figures, erases cues to social status, clothes all nudity, and incorporates her ubiquitous calligraphy. Les Femmes du Maroc unmasks the fetishistic, formulaic, and sometimes pornographic aspects of Orientalist panting and the Western view of Arab women they encapsulate. Traversing the geographic, political, and religious divides between East and West, history and the present, Essaydi’s photographs foster timely discourse about Orientalism and cross-cultural understanding today. 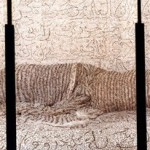 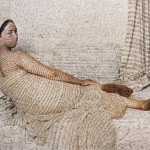 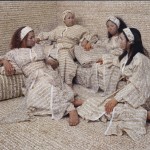 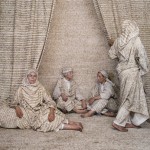 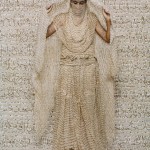 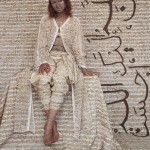