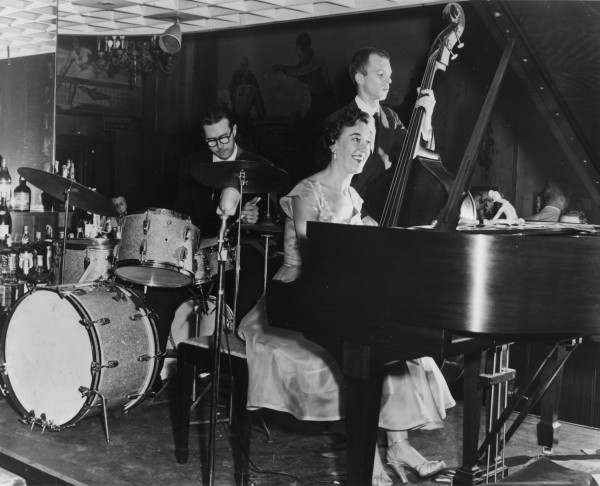 Film: In Good Time, The Piano Jazz of Marian McPartland

Film-maker Huey’s presentation of his film In Good Time: The Piano Jazz of Marian McPartland kicks off the museum’s Jazz Film Series this fall.  Huey will introduce the film and, after the screening, will answer questions.  DVDs of his films will also be for sale.

This film documents the life and career of jazz legend Marian McPartland (1918 – 2013) as a musician, composer, and host of National Public Radio’s Marian McPartland’s Piano Jazz.  A native of England, McPartland arrived in America in 1948 with her husband Jimmy McPartland and established herself as a leading musician in the male dominated jazz world.  McPartland tells her own story through interviews filmed over 4 years.  The film features McPartland’s own musical compositions and piano improvisations.  She is seen performing and regaling audiences with her wit and stories in clubs, concerts, and Piano Jazz recording sessions with Dr. Billy Taylor, Elvis Costello, Dave Brubeck, Diana Krall, Bill Frisell, Nnenna Freelon, Renee Rosnes, Dick Hyman, and others.

If there ever was a lady with a capital “L” who has earned her recognition in jazz, it is Marian McPartland.